You are here: Home / A Lovebugs Life / About Me / A visit with @JaimieAlexander (Lady Sif) about Thor: The Dark World #thordarkworldevent 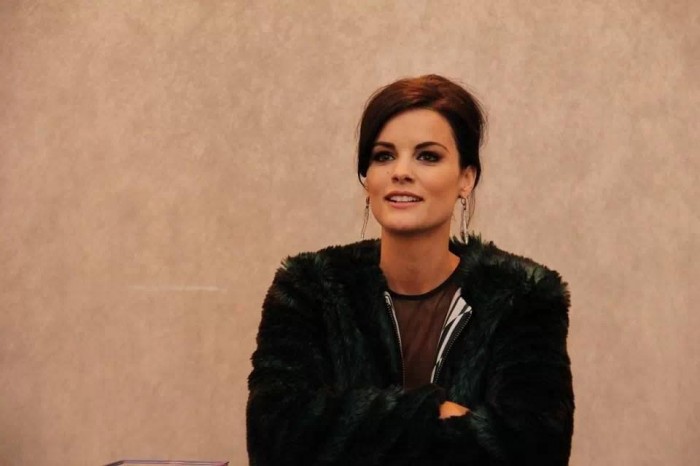 A visit with Jaimie Alexander (Lady Sif) about Thor: The Dark World

Another amazing part of my trip to LA for the Thor: The Dark World Red Carpet Premiere was to meet and interview Jaimie Alexander who plays Lady Sif. She has such an amazing attitude and it was so much to listen to her talk about her experiences. She plays such a strong character in the Thor movies and is someone girls can look to for a role model and to empower them! 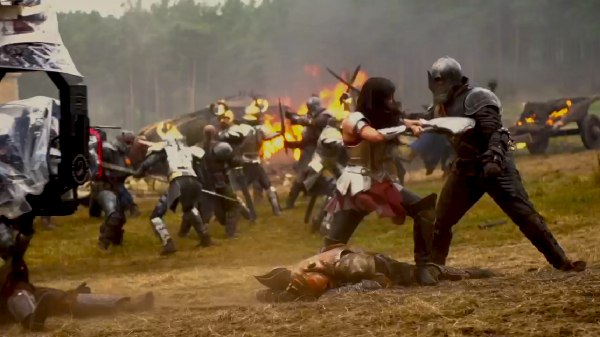 After she came in and made a few funny comments about the coat she was wearing to conceal her dress until she got to the red carpet (similar to Do I look like a green Wookie? and Not used to wearing a catsuit, lol) we started the interview off.

QUESTION:  How does it feel to be a female character heroine?

JAIMIE ALEXANDER: Oh, man. That’s loaded. It’s an amazing feeling. Especially when the character is written so well like my character is. You know it’s about her, personally, and the physically follows. And I think that’s the way to write a female character really well, and Marvel does that. So, for me it’s been a dream come true for me.

I think Jaimie plays the role of Sif amazing in the the Thor movies. She is strong and dedicated and loyal. I love that. She has all the qualities that a female heroine should! 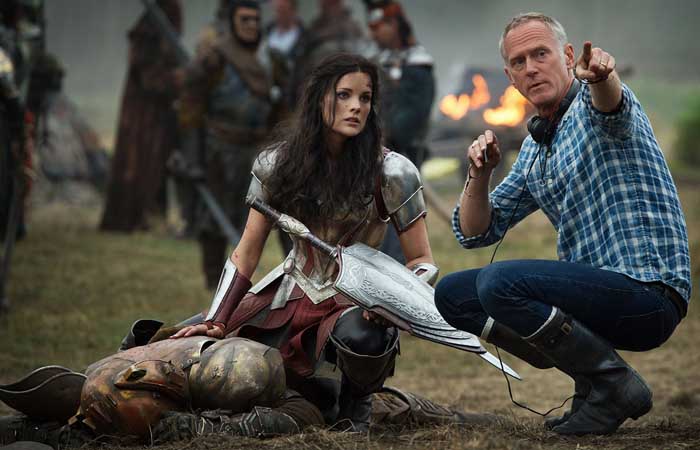 QUESTION : How did you prepare yourself for this role?

JAIMIE ALEXANDER : You know I worked with a dialect coach to have a British accent although in this film, it’s a little bit more relaxed. And then I also trained for about two months weight lifting, yoga, Pilates, on the Reformer. Which was something new for me. You give me a machine like that, it’s like you’re asking for me to just hurt myself. I did a lot of fight training with a wonderful stunt girl named Chloe Bruce. She is a world champion martial artist, uh, yeah, she’s a little scary. I mean, when you first meet her, she’s great. And then you’re like, “Oh. Whoa. You can bend your leg that way. I’m gonna go over here.”

It is always fun for me to hear about the kind of training they did to get ready for these roles. It is a lot of hard work but she did an amazing job and plays her part well! 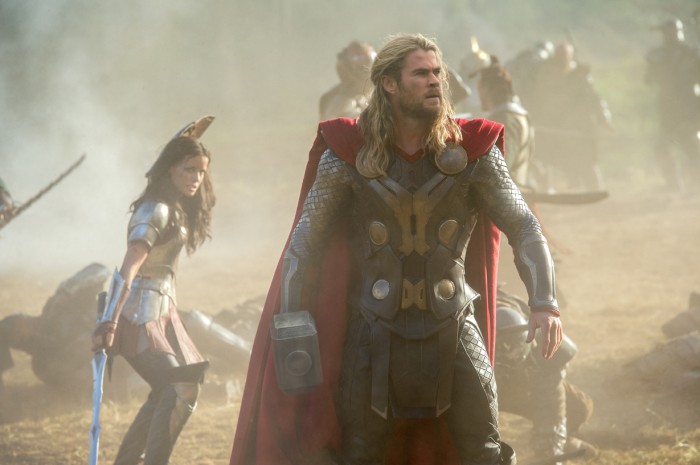 QUESTION: Is there a side of your character we’ll see in part two that we didn’t see in the first movie?

JAIMIE ALEXANDER : Yes, actually. You get to see a very vulnerable side of Sif. And you also get to see what her fellow Asgardians mean to her. Now, in the first movie, we explored that a little bit. She’s very protective. Her first priority is to protect her fellow Asgardians and the throne. This one, there’s a little bit of heartache, but it’s really amazing, because she’s very selfless. You know. The heartache is definitely an underlying tone to her. And then she kind of puts it aside and says, “You know what? I have lives to save. I’m gonna put that first,” so you kinda get to see what she’s made of a little bit.

It is really interesting to see this part of her through the film. They really gave this movie a lot of Girl Power and it is empowering and encouraging. So ladies – if you haven’t seen it yet or seen it in a while – WATCH IT! Aside from Chris (Thor) and Tom (Loki) or are great eye candy 😉 the movie is really great! 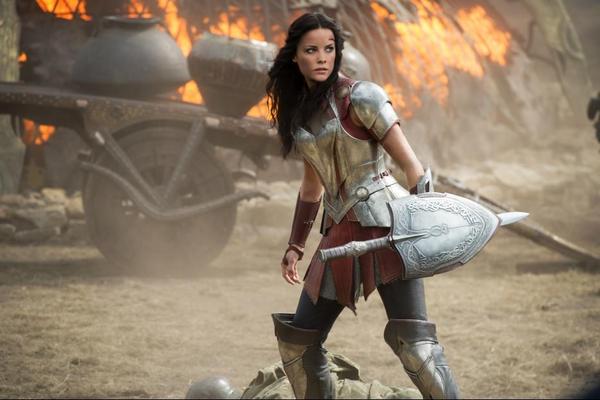 JAIMIE ALEXANDER : You know, again, I like that she’s selfless, and, actually, in a way that’s one of her greatest strengths, but it’s also her downfall. She really puts everyone else first, and also she’s not afraid to give her opinion. She does it respectfully, but she definitely stands up for what she believes in. So, I can appreciate that, and I try to adopt that in my own life as much as I can. Without scaring people. I don’t carry a weapon. [LAUGHS] Not that anyone can see anyway. 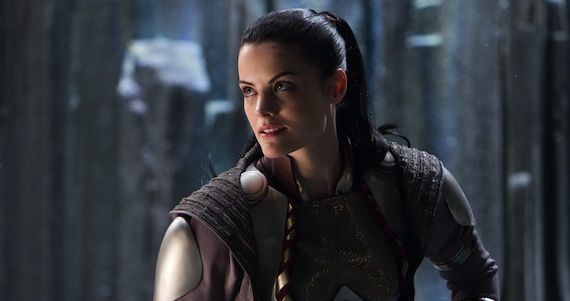 QUESTION: Have you gotten a lot of feedback from younger girl fans that are following you?

JAIMIE ALEXANDER : Yeah. You know, it’s great, because I actually, speak at schools, and I speak out about positive body image. I know, you guys look at me and, you’re like, “You’re tall. You’re kind of thin. Blah blah blah.” Um, I have less an A cup, okay? So there are things about me that aren’t Hollywood standard. And I actually really like it. I have tattoos. I grew up with four brothers. I was a high school wrestler. I did all of these things that aren’t typical of a young woman. So, for me, I like to embrace that side of my personality and let my, I guess my uniqueness, show, and I try to say to young women “Don’t be afraid of yourself.” You know. “Work what your momma gave you, and appreciate it, because everybody is different, and nobody is duplicates, so no one can actually be you, so you have that above everyone else.” And I try to incorporate that in Lady Sif, where her costume is — she’s covered. She’s not revealing anything. Yet, she’s feminine. But she’s also tough, so you really see her personality before you see her physicality, and that’s most important.

RELATED  Elf on the Shelf Ideas - Elf Plays the Guitar 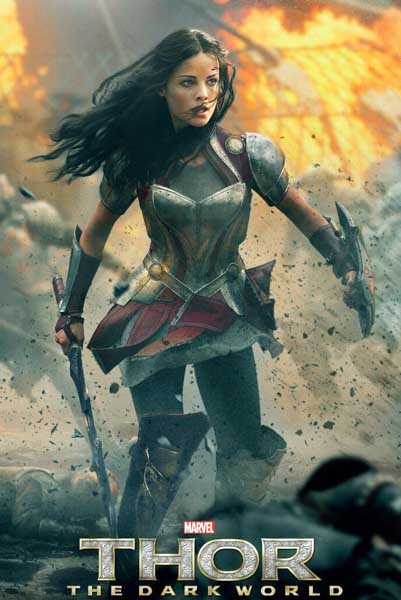 QUESTION : Are you really good at sword fighting now?  (this is the one I asked 😀 )

JAIMIE ALEXANDER : I am weirdly good at it. I won’t deny that. I gotta give myself props. I’m actually a little too good at it. It kinda freaks people out sometimes. I actually went to Comic Kaze convention a few days ago and there was a woman dressed as me, so I was like, “Oh. Let me see your sword.” And I was sort of like flipping around, it just kinda happened, and then she was like, “Oh.” And I was like, “Oh, it’s okay, this is made of Nerf material, and it’s not gonna hurt anybody,” but I couldn’t help it.

After answering she took a drink of water and told us that “fizzy water makes me happy”. I loved that. She is so funny! 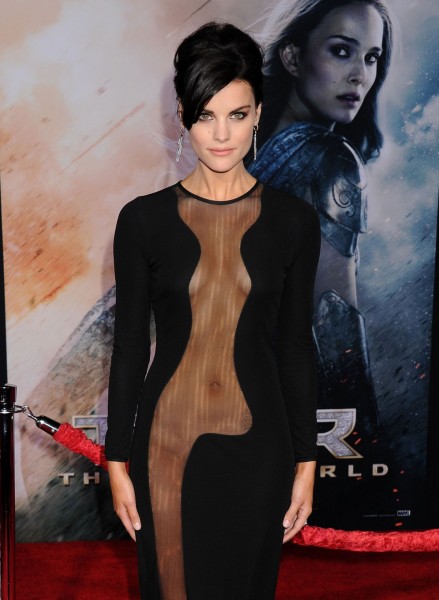 QUESTION: So, what would you like to see your character do next? If you had the opportunity to play her again? 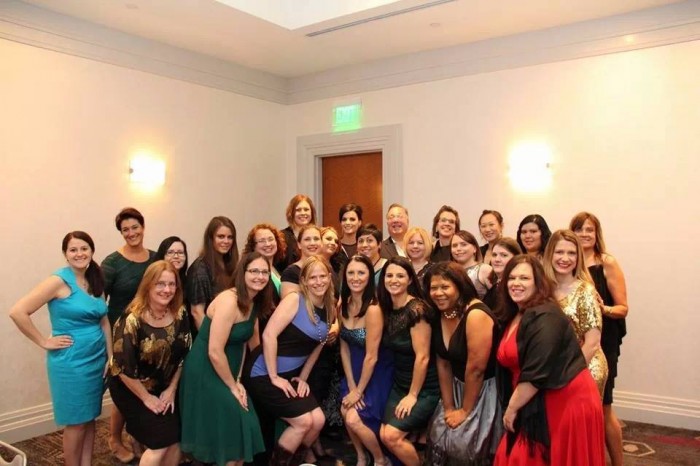 After the interview we were given the opportunity to get a picture taken with her. She is really amazing and I also love watching her play Sif in the Thor movies!

A visit with Jaimie Alexander (Lady Sif) about Thor: The Dark World