You are here: Home / Crafts/DIY / Crafts for Kids / The Avengers Unite {for fun and crafts} #AvengersUnite

This shop has been compensated by Collective Bias, Inc. and its advertiser. All opinions are mine alone. #AvengersUnite #CollectiveBias

It is no secret that my kids love “dress up” and “role play”. I think it is very fun and encourage them regularly. Besides having very active imaginations, we also love to get fun costumes and props for them to use because you know as well as I do that it makes it just that much more fun. With the release of MARVEL’s The Avengers: Age of Ultron coming out in theaters tomorrow we have had a lot of fun gearing up for the movie. We have found cool The Avengers socks for my son, a Captain America costume, a Thor Helmet and Hammer, and we even found some cool Hulk, Captain America, and Thor masks in the party section. While we were looking around for these we also found some yummy Kellogg’s Fruit Snacks and Cheez-It baked snack crackers for the kids and  Dr Pepper products and Doritos – ALL with The Avengers on them. My kids love the The Avengers Fruit Snacks and crackers! (who wouldn’t 😉 ). 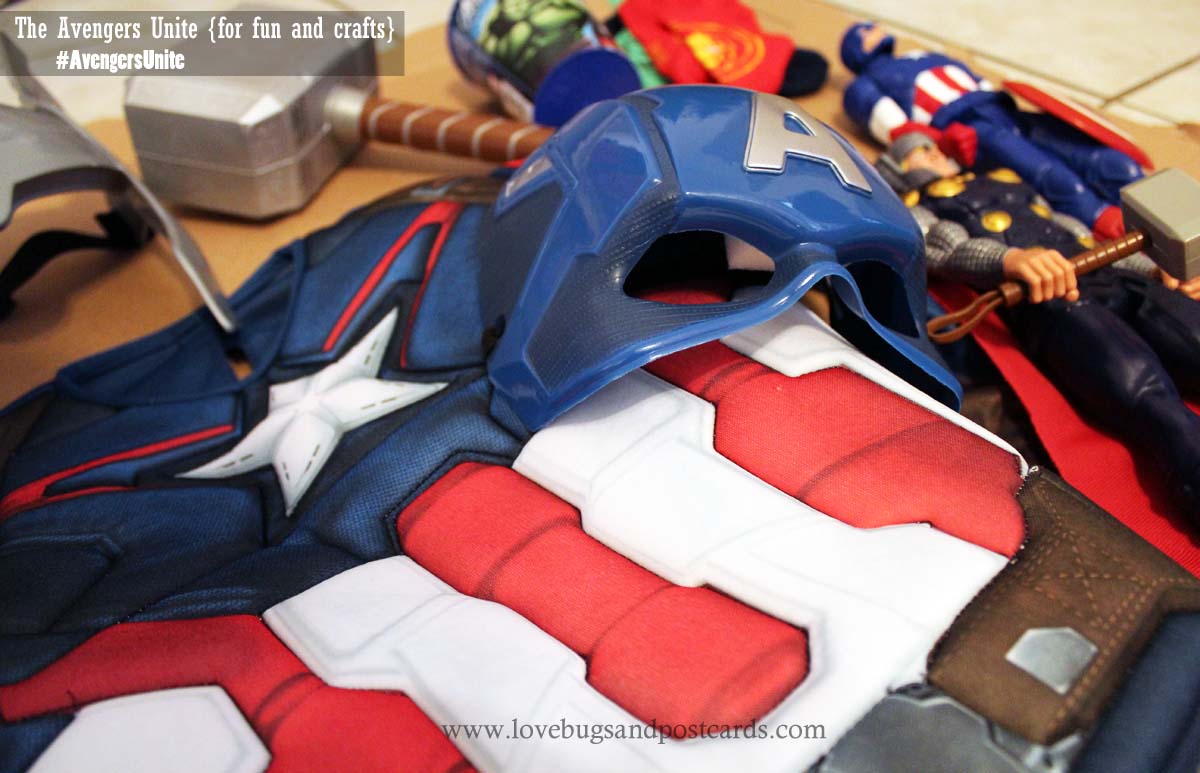 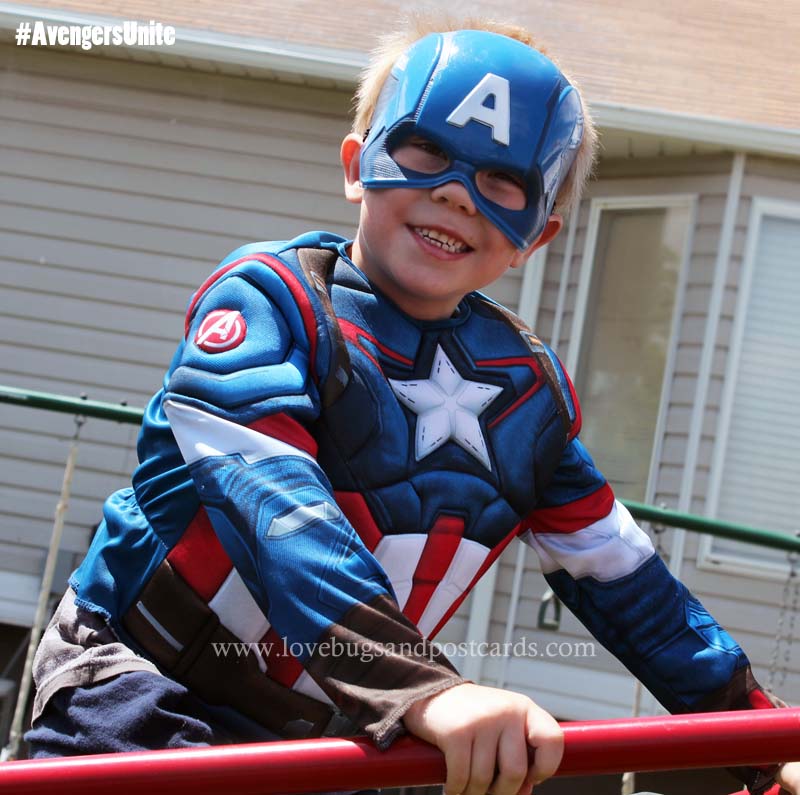 My son loves his Captain America costume. I love the quality and how well it fits. It is so perfect and really looks awesome! The mask has cushion on the inside so it doesn’t irritate his skin and the material on the arms of the costume is breathable so that he doesn’t overheat. 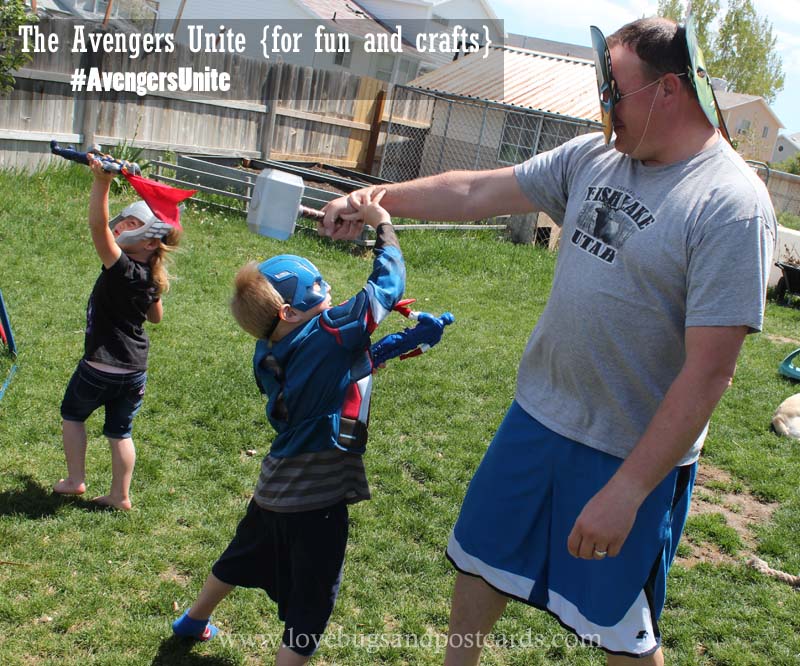 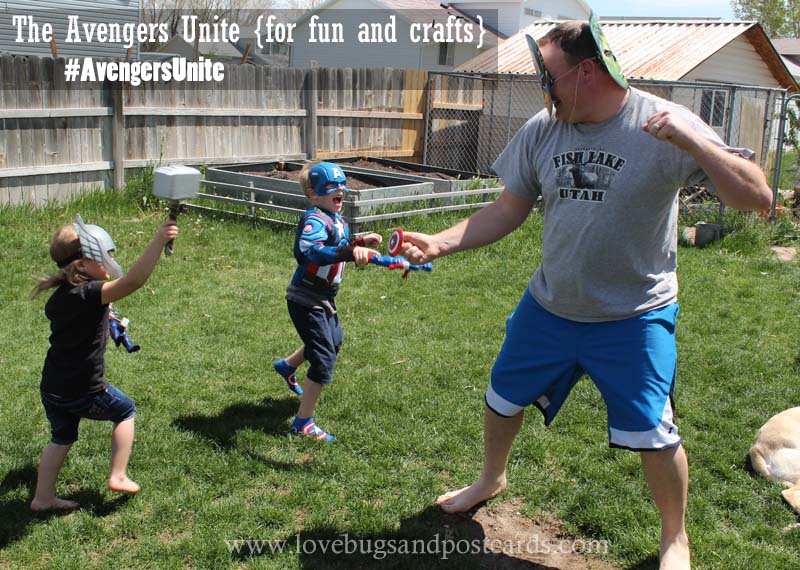 Role play is a great way to spend some fun quality time with your kids and family. Especially when it is a movie (or characters) that yo love so much. We are HUGE Marvel fans – and so my kids have grown up with them and know have their own love for them as well. This was like a dream for my kids to have them fun costumes and Action Figures. Our dress up collection consists mostly of princess stuff – and it will be getting “cooler” now. 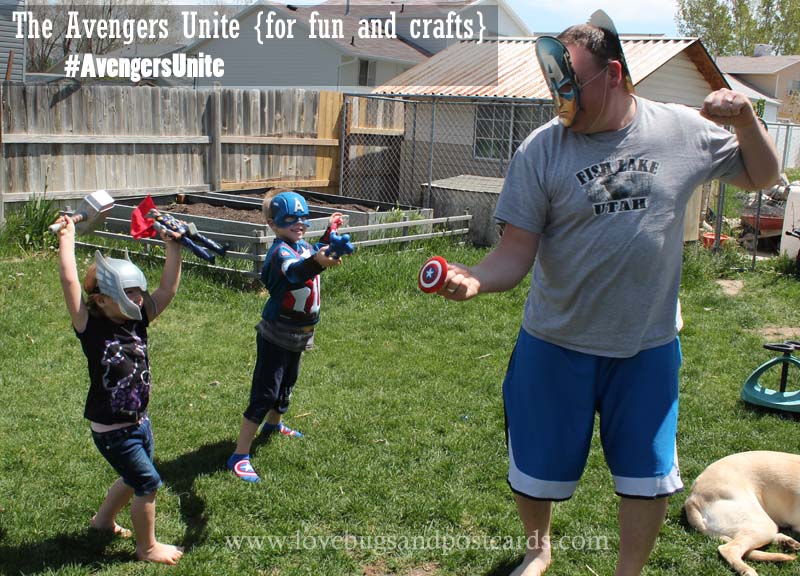 The combination of the costumes with the Action Figures made it that much more fun. There are cool accessories like the shield and the hammer that they loved playing with. And the cape on the Thor Figure was really cool! I am going to look for the rest of the Figures in the series. My kids LOVE them – even my girls. My dog was worn out – he loves running around and playing with the kids and us. He sported this fun Captain America mask for a while – and I think he looks so dang cute!

We honestly had so much fun! It was a great day – and I know there will be many many more The Avengers Unite afternoons spent in the company of these fun Superheroes!

Another fun thing that will make shopping for these cool items is the really fun Super Heroes Assemble app available in the iTunes and Google Play store.

Avengers fans, it’s time to Assemble again. With Super Heroes Assemble, turn your phone into a portal to exclusive Marvel’s Avengers: Age of Ultron content. Keep up to date with the latest movie and behind-the-scenes action. Plus, scan Avengers displays at Walmart and Walmart.com to become your favorite Avenger, explore a Hulkbuster training facility in a cool 360 degree interactive space and to bring Marvel’s Avengers: Age of Ultron characters to life with augmented reality.

It is really fun. While you are shopping you can scan in store signage from Kellogg’s, Hasboro, Dr. Pepper or Marvel to reveal secret content! You can also scan the specially marked Avengers packaging of these brands to unlock even more secret content! I would love to know what you unlock! 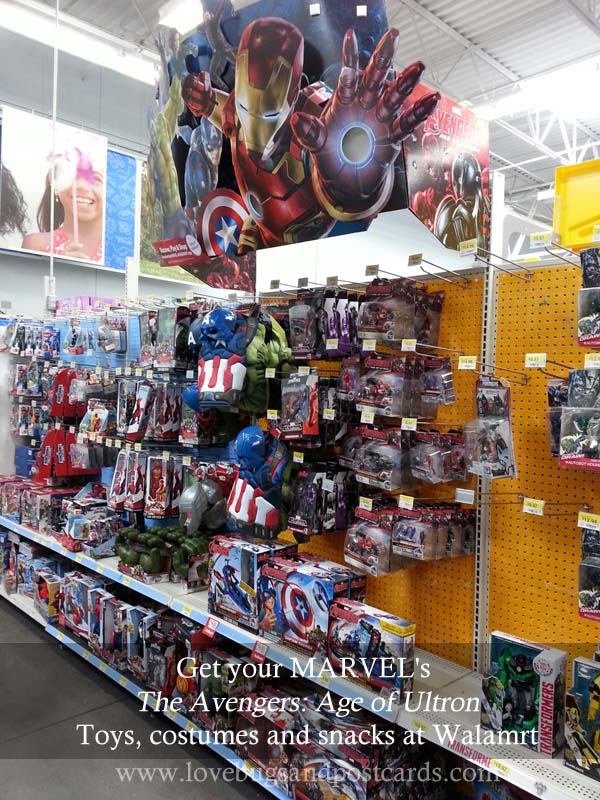 When we got home my son wanted to make a shield to go with his costume, so we found a large piece of cardboard and cut out a big circle. Then we colored the cardboard with red and blue crayons. I printed out a white start and we cut it out and put it in the middle, and used brads to secure it to the shield. At the same time we took a piece of duck tape folded in half (so there is no sticky sides) and used this for the handle and secured it on the back before we closed the brads. It made a nice little handle (shaped like a rainbow). It turned out really good.

RELATED  Tinkerbell and The Legend of the Neverbeast Review 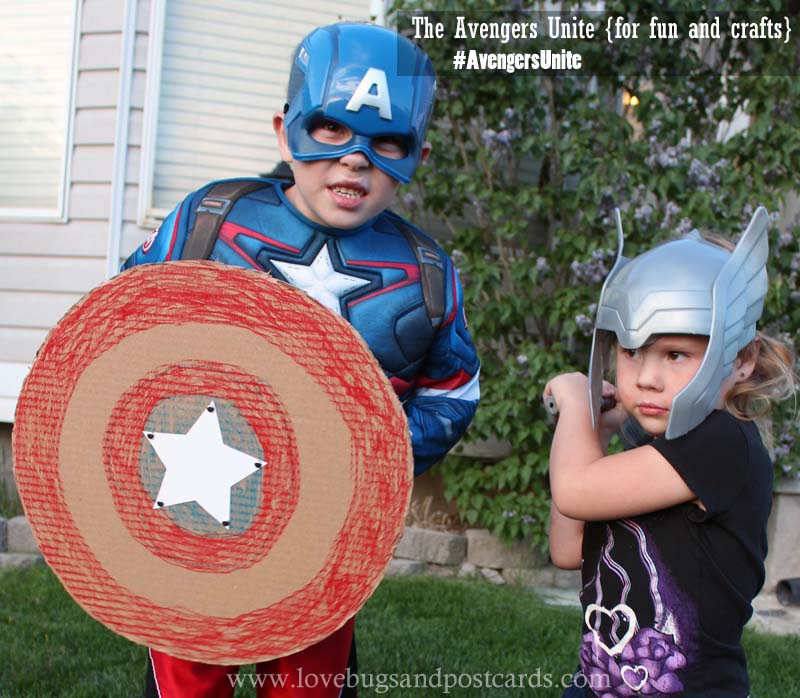 After a hard day playing and having fun they like to have treats and get re-energized for more fun and games. We picked up some yummy Kellogg’s Fruit Snacks and Cheez-It baked snack crackers for them to have (I only ate a few). These were great treats that were quick and easy and they were all branded with cool The Avengers symbols on each piece. 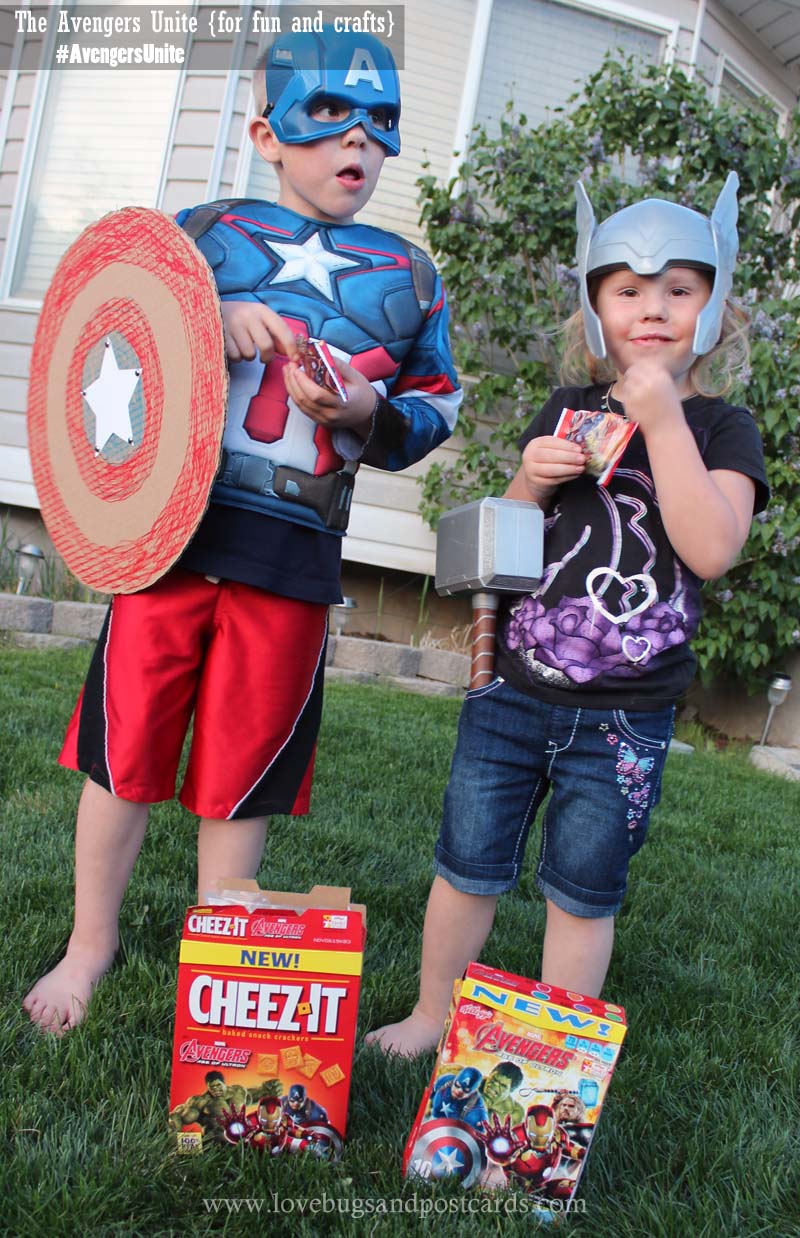 I really love the costumes and how versatile they are for all ages. My three year old and my 10 year old both fit into the Thor costume great. It has been so much fun and I know they will enjoy these over and over and over. 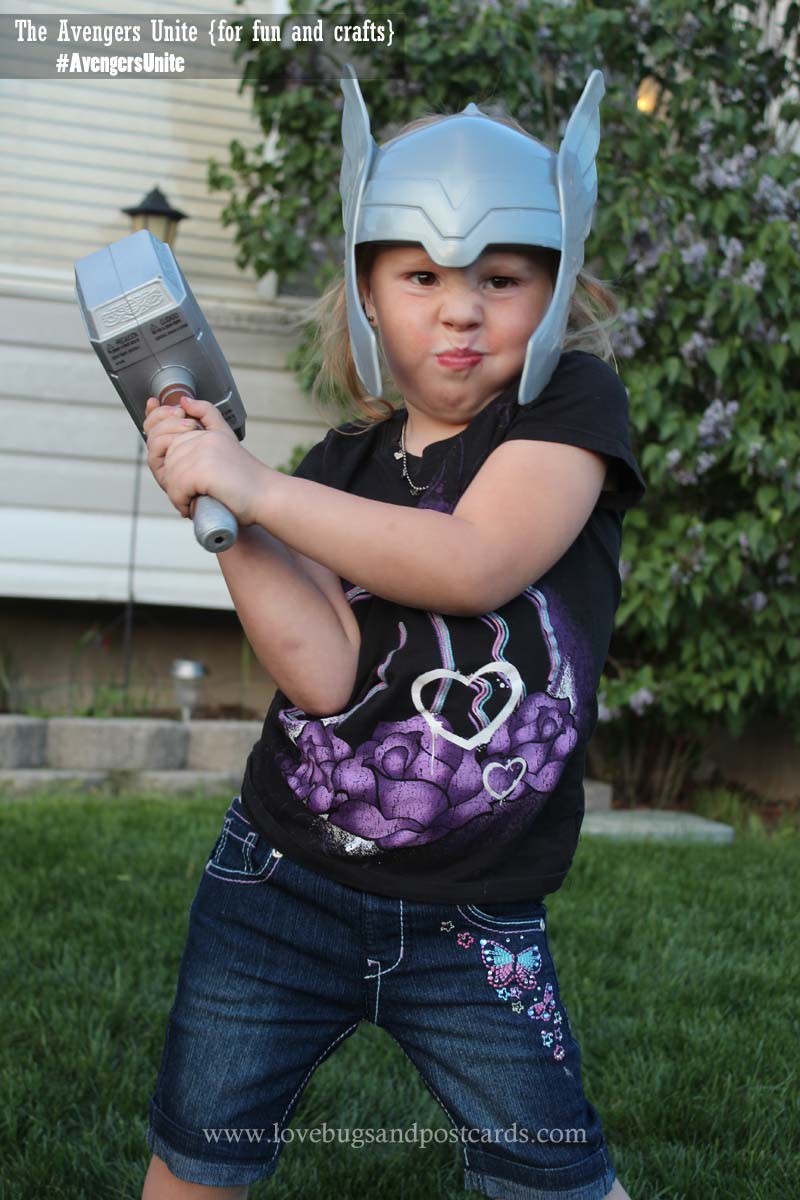 We had a lot of fun picking everything out. There is a great selection of toys, costumes and snacks at Walmart and we couldn’t wait to get home and watch The Avengers with our new swag. We already have plans to go see MARVEL’s The Avengers: Age of Ultron as a family this weekend!

Who else is going to get decked out and watch the movies?

10 reasons you should read The Selection series
Next Post: Ways to make brushing teeth fun for kids #BrushBattle