Sharlto Copley is very funny in person. He had us laughing most of the time, but he is also very passionate and I could really feel that when he talked about Maleficent and what it represented for him. He did such an amazing job playing King Stefan in the movie. Sharlto really transformed the character and gave it depth and emotion that wasn’t there before. You will love this interview. {some parts have been temporarily removed so as not to give away parts of the movie} Read our Sharlto Copley Interview below. 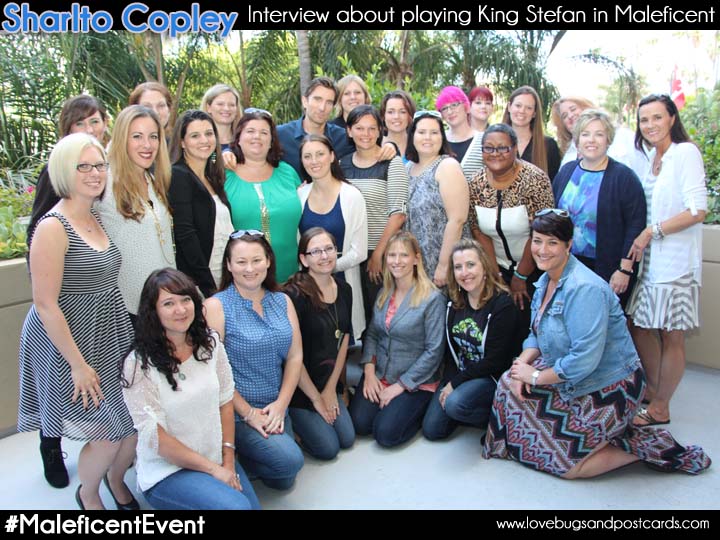 Q    :    In one of the interviews you did you said that Angelina was a better prankster than you.  Was there any pranking going on on set?

Sharlto Copley:    Yeah, there was a lot. Most of it was pretty crazy and will remain with me.  {information removed to avoid spoilers}While filming a certain scene  I pretended that I’d heard a noise in the bush.  Now while the cameras filming ’cause this particular prank was trying to get something with her that was sort of for the record on camera.  So trying to prank her on camera.  So I heard a noise,  I suddenly said to her, like, “Do you hear something?”  and she sort of looked at me but now she’s got to keep playing on.  She’s like, “Oh, what’s he doing,” but she’s got to keep on.  And so I run off and I go behind the bush and I’m diving down and I’m like finding things.

And I come up with the raven.  As if the raven had been following her and I’m yelling at her, “I got him!”  And the whole crew laughed and I thought I was very clever and very funny.  So we wrapped that night, we finished shooting at nine thirty in the evening.  And the next morning, like, I get to my trailer I think six o’clock or something like that.  And I open my trailer, I’m all tired and I just like can’t wait to just get into the trailer and there’s these two huge real ravens in my trailer.

And they literally looked at me and kind of went [SCREECH] I was literally too scared to go into my trailer.  It took, like, half an hour before the guy could come and remove them. Ravens are intimidating birds! 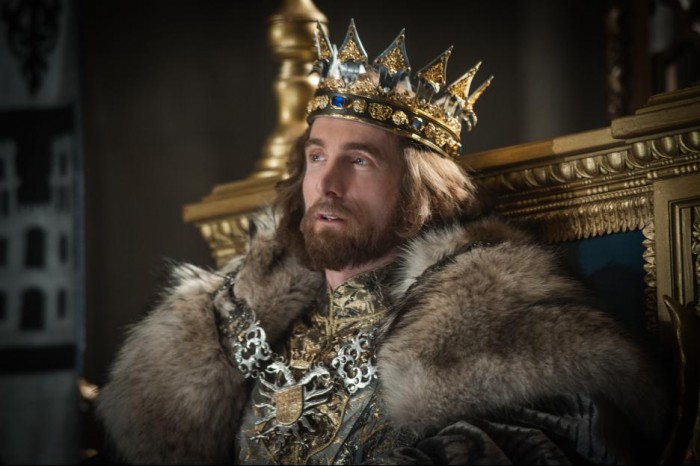 “My way in with Stefan was to take a very, sort of, male trait, which is, you know, most men have sort of ambition, they want to kind of be the king of their castle.”

Sharlto Copley:     The thing with me, I’ve said sort of before that I really don’t enjoy playing villains.  I find it quite, quite unpleasant in some ways.  My way in with Stefan was to take a very, sort of, male trait, which is, you know, most men have sort of ambition, they want to kind of be the king of their castle.

You know, in this case he literally does become the king of his castle.  I felt like there was a chance to almost play like a male, a cautionary tale for men with Stefan, of what happens your sort of male drive and ego and ambition get carried away with itself.

In smaller ways you see that all the time.  You know, you see men whose families — very successful, very wealthy man — whose families are in complete disarray.  They don’t spend time with their wives anymore.  They don’t spend time with their kids.  Their ambition has become their obsession.  And so that was, for me, the interesting part about playing.

“I went after this quite aggressively.  I shot a tape for it, a bunch of scenes, and I actually was saying to my agents, I was like, “Guys, get my tape to Angie.””

Sharlto Copley:    I did really want this because I’d met Angie before and really felt she was very complimentary about District 9.  She’d seen my performance in there and she said how we should work together some time.  That was about two years before.  And so when this came around I was really looking for a fantasy film.  I was looking for something that I could show my seven year old nephew, you know?  ‘Cause most of my films are like R-rated movies.  I was like, come on man.  Gotta do something with a really positive message.

And so I went after this quite aggressively.  I shot a tape for it, a bunch of scenes, and I actually was saying to my agents, I was like, “Guys, get my tape to Angie.”  And they’re like, “Oh, we can’t.  She’s on a boat.  We don’t know where she is.”  I’m like, “Just get it to her,” like, I know she did say, you know, she was interested to work with me, so I was very grateful to get this. 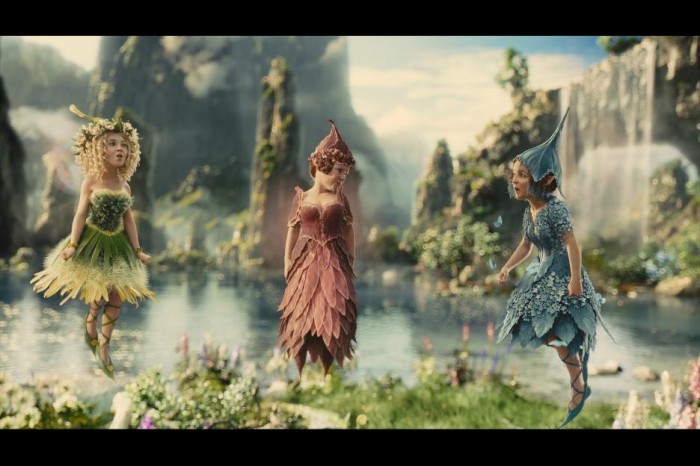 “There was a lot of scenes that I liked.”

Sharlto Copley:    A favorite scene?  No, not really.  There was a lot of scenes that I liked.  I, I really enjoyed all the stuff with the pixies.  I love comedy and so that was always, what’s always fun for me to watch the comic relief characters in a movie.  But I think there’s a lot of really, really cool scenes in the film. 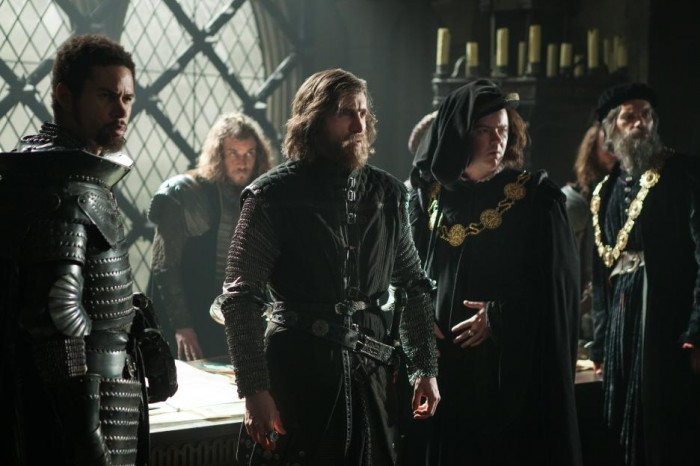 Q    :    How much training did you have to do for all the fighting you did in the film?

“You really just have to keep yourself conditioned, almost like an athlete does.”

Sharlto Copley:   I didn’t do, for example, as much in this as I did with Elysium.  When you do something like this you have to be ready. It was one of my biggest surprises going into acting and then getting into action films.  You really just have to keep yourself conditioned, almost like an athlete does.  Just general, all around conditioning just for the, kind of, repetitive nature of it.

What is actually the hardest is you end up in Pinewood Studios, the sound stages, and everything’s relatively luxurious around you and then all of a sudden you find yourself in a stage where there’s not good air con systems and you’re burning.  We had real fire in there all the time because of the dragon.  And there wasn’t enough oxygen.  And people constantly having to go out to just try and get enough air.  And you come back again and you’re trying to go.

I found myself almost passing out two or three times in the action sequences just from just lack of oxygen.  So it’s quite interesting.  It’s quite challenging physically and mentally sometimes on this stuff.  But it’s enjoyable.  It helps for the character for me.

“I would definitely be a director”

Sharlto Copley:   If I wasn’t an actor what would I be?  I was saying this the other day.  Am I allowed to be in entertainment?  Because I’ve always wanted to be a Director.  I’d direct.  I would definitely be a director.  That’s what I was gonna do before and I think I’ll go back to that.  But if I couldn’t be in entertainment I think I would have made a really good lawyer.

My only problem would be I would not be able to defend somebody that I thought was guilty.  Like, that would just destroy me.  But I think I could argue very well in court as useless as that would be. 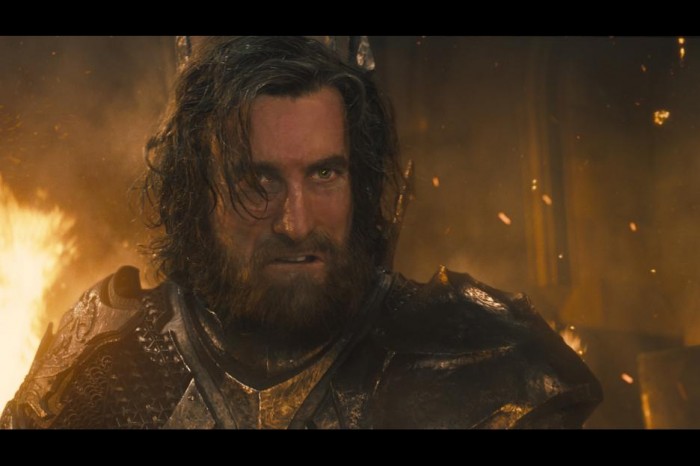 Q    :    You had a lot of emotion and power in your role.  How did you prepare for your character?

Sharlto Copley:    I can’t go through my experience because I do characters.  I do feel like I become somebody else and, and in the rare occasions where I’ll be doing a take where that slips, and I suddenly feel like myself again and I’ll actually stop and go like, “Okay guys, hang on.”  and go again.  When I’m preparing is really just understanding what the deepest truth that I can find in humanity or in human archetypes within human behavior.

I try to cotton onto that and then once I know what that is, so for example, I can relate to ambitious men.  I’m an ambitious person in my life.  And it’s like, okay, so I know what that is.  You know, I have certain alpha male type tendencies.  I’m quite a dominant guy.  So if I take that and just do that in its extreme form.  If it’s possible that that was completely unchecked, where would that lead to?  And so that’s really my preparation I suppose.

And once I know, once I’ve made that decision, then I just let it come out and see what happens.  It’s not like every day I’m preparing in some way, or I don’t practice my lines first in my trailer or things that some actors find useful.  I don’t do that.

Sharlto Copley:   You have to!  You have to sort of try and, you know, find someplace where, where you can justify it to yourself and it’s not easy. 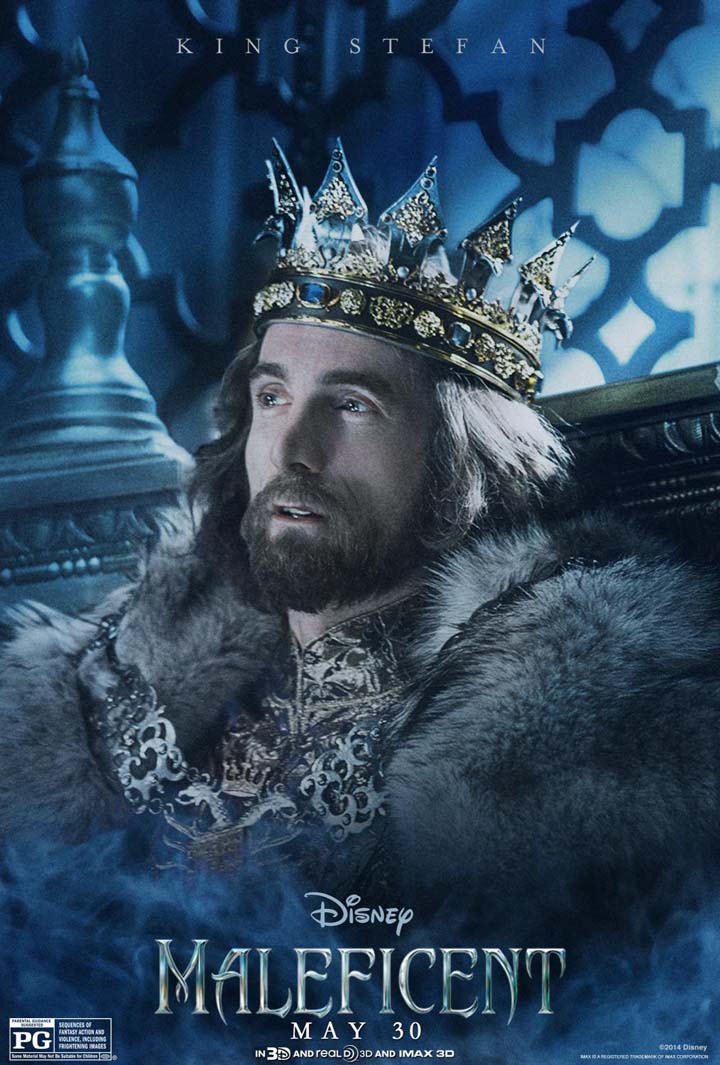 Q    :    This film comes out right before Father’s Day.  Do you have any messages that you can give dads who may want to take their little girls to see the film?

“Spend time with your children.”

Sharlto Copley:   Yes.  Spend time with your children.  I have people like, “What’s the message for my child?”  I was like, “Well, the message is for you, dude.  Don’t fall off your castle.”  “Well I was making money for my family.”  They didn’t want money.  They wanted time with daddy.  You know?  And you see it all over the place.  And you see it, I’ve lived with them.  I don’t have kids yet because I was aware that I was working so hard. 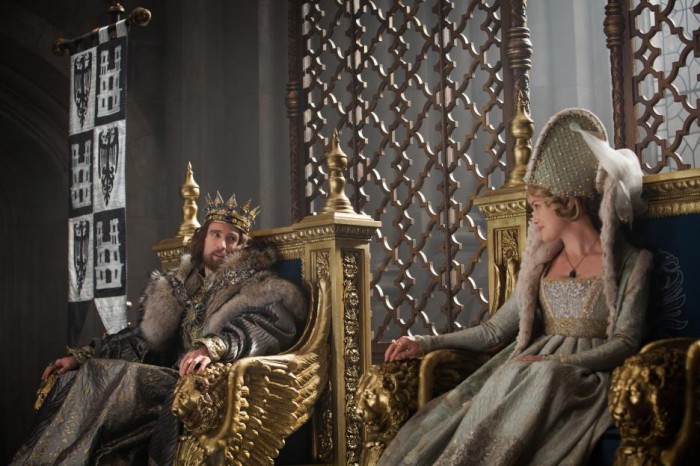 This Sharlto Copley Interview and learning more about him and his role in the film was such a great experience. It was so fun getting to know the people who play the characters in Maleficent and it really brings a whole new light to the movie when you hear them talk about it. You can read our interviews with Elle Fanning {Princess Aurora} and Angelina Jolie {Maleficent} as well. We also have interviews with Sam Riley and Robert Stromberg coming up this week – as well as our review of the Maleficent Movie!

You can follow along with all of our Maleficent experiences here 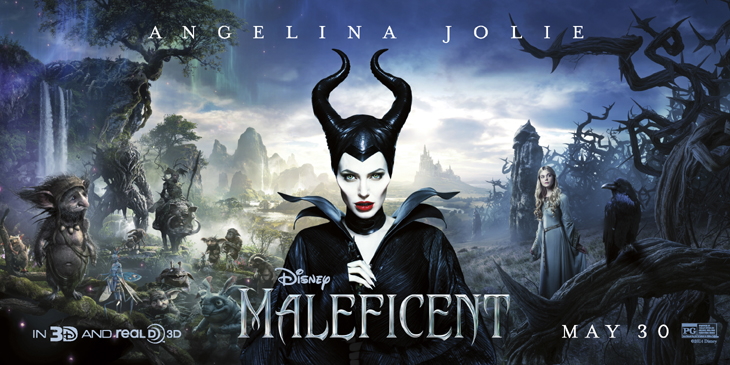