The Rock of Ages Las Vegas Show is pure entertainment and excitement! That’s what you can expect from a trip down 80’s rock music memory lane while attending this show. What a fabulous idea someone had to create such an awesome musical. I loved every minute of it. The cast were pure magic! Their singing was spot on and considering they were dancing throughout the whole show it was pretty impressive. The story was bold and full of intrigue. I wanted to rewind and watch certain parts over and over. The props were stunning along with the special effects throughout.

If you are looking for a fun night out of singing and rockin’ along to the best hits of the ‘80s, ROCK OF AGES is a guaranteed to be nothin’ but a good time! Set in L.A.’s infamous Sunset Strip in 1987, ROCK OF AGES tells the story of Drew, a boy from South Detroit and Sherrie, a small-town girl, both in L.A. to chase their dreams of making it big and falling in love. ROCK OF AGES takes you back to the times of big bands with big egos playing big guitar solos and sporting even bigger hair! This hilarious, feel-good love story celebrates the great rock songs of the ‘80s including such sing-out-loud songs as “Every Rose Has Its Thorn,” “I Wanna Know What Love Is,” “Here I Go Again,” “Don’t Stop Believin’” and more. 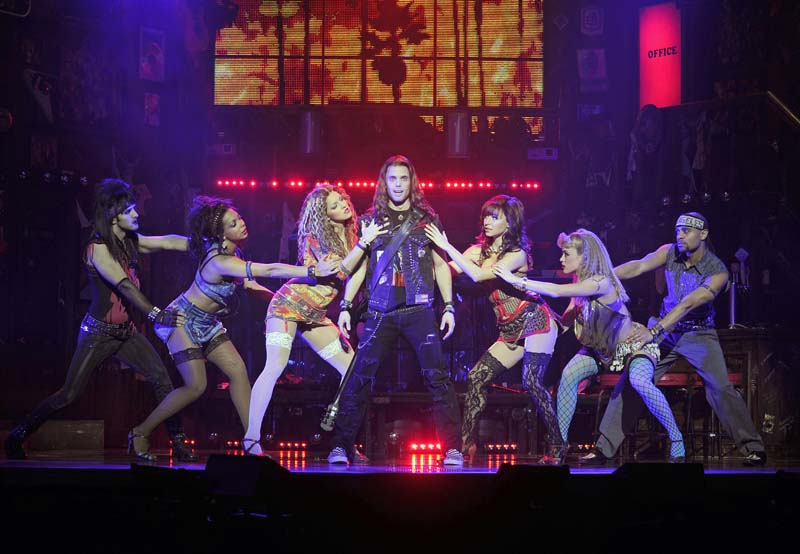 The whole show was filled with very provocative dancing and dress. The women didn’t wear very much clothing and the shows storyline was centered on a love story but they added the extra “Las Vegas” show girls angle and threw in extra exotic dancing. Yes, it was very adult themed, so leave the kiddies at home with the sitter. Despite the theme, I enjoyed every minute. Phenomenal music, superb acting, and lighters that lit the entire audience with a glow that looked like a starry sky every time a song played, made the show an experience I’ll never forget. 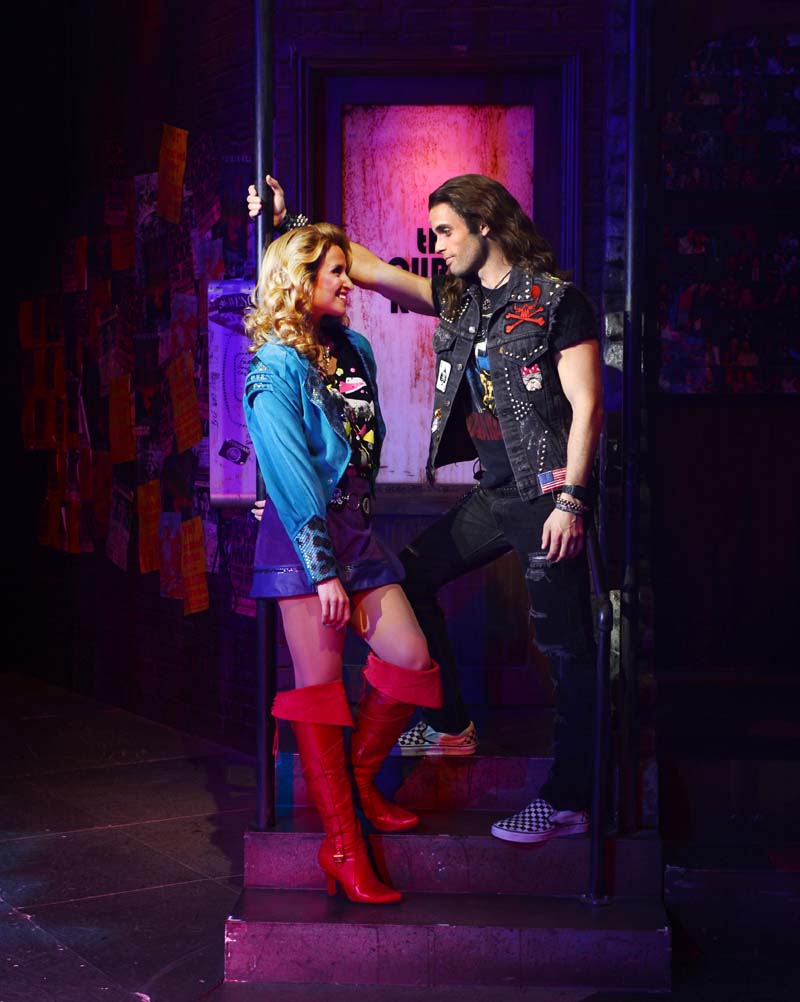 I again have to give the actors applause for an outstanding performance in all of the different rolls that they assumed. 80’s mullet guy stole the show, followed close behind was the German Father and son. I especially enjoyed the live band that rocked during the entire production. 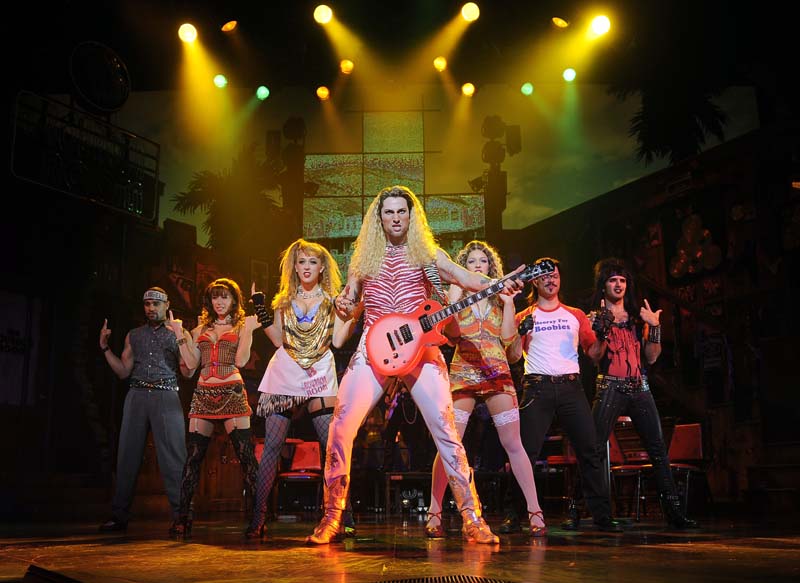 The end left me in aww, and to make a wonderful night even better, we all stood up at the end to sing and dance with the live band, and the lead guitarist threw his pick. My wife, being the lucky won, caught the pick on her dress and didn’t even realize it until 10 min. later when we were halfway walking back out through the Venetian. I can’t stress enough how fun the concert was and how awesome the seats we had were. Pay the little bit extra for the up front seats, it’s totally worth it. I was very pleased to attend and would go again if I return to Vegas while it’s still there, I recommend you do the same.

You can learn more about Rock of Ages Las Vegas and get tickets for the shows at:

We received tickets to this show in order to do this review. This did not affect our opinions and they are 100% our own we only recommend products or services that we believe will be beneficial to our readers.

Thanks to Rock of Ages and LVCVA