You are here: Home / Entertainment / Movie Reviews / PAW Patrol: Pups Save the Bunnies is on DVD

We received a copy of this DVD in order to do this review. All opinions are my own.

One of my kids’ favorite shows, PAW Patrol, has a new DVD out that they are loving! PAW Patrol: Pups Save the Bunnies is a great combo of shows that have given my kids Spring fever, and have gotten them super excited for Easter! This movie will make a great addition to any Easter basket! Find it at most major retailers, and online. 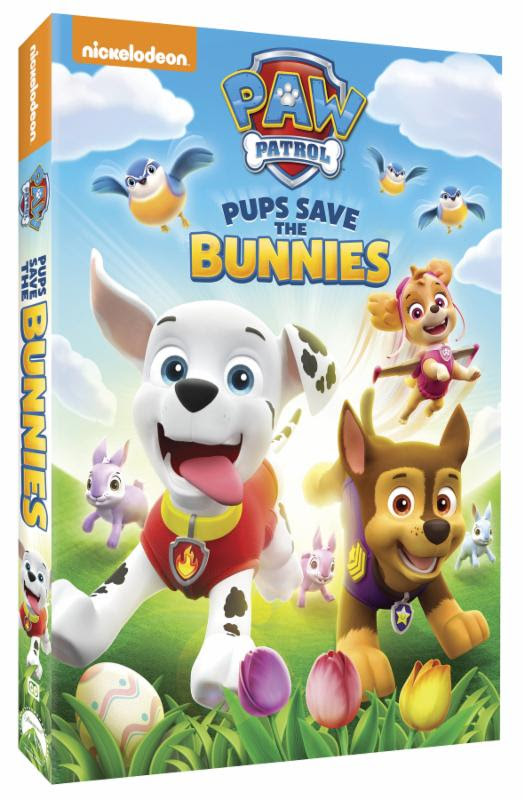 Just in time for spring, Ryder, Chase, Rocky, Skye and the rest of the gang are back with PAW Patrol: Pups Save the Bunnies, a new collection of exciting adventures that releases on March 7, 2017. The number-one kids’ TV on DVD franchise, this latest PAW Patrol collection features seven new heroic rescues, including a double-length mission to save Adventure Bay’s Easter Egg Hunt. Fans can watch as the pups try to protect Farmer Yumi’s vegetable garden, save Mayor Goodway’s tulip garden, investigate the disappearance of the songbirds and look for the lost sheep. Produced by Nickelodeon Home Entertainment and distributed by Paramount Home Media Distribution, PAW Patrol: Pups Save the Bunnies is on DVD.

RELATED  Nickelodeon Blaze and the Monster Machines: Fired Up! on DVD

PAW Patrol: Pups Save the Bunnies includes the following episodes:

A Pup in Sheep’s Clothing – The pups gear up and work together to find Farmer Al’s missing sheep and catch the culprit who keeps letting them loose.

Disney on Ice: Worlds of Enchantment Review
Next Post: Disney’s Tangled: Before Ever After + Interview with Chris Sonnenburg & Ben Balistreri