My most favorite Marvel character is bringing us another heart stopping film in Captain America: Civil War. If you haven’t seen the trailer for this yet, you don’t know what you are missing. Simply put- it is going to kick butt. My kids, who saw it as a preview for Star Wars, still talk about it. My sons favorite is Iron Man, so he is super excited as well. It comes out May 6, 2016 and will feature all of your favorites from previous Captain America movies. 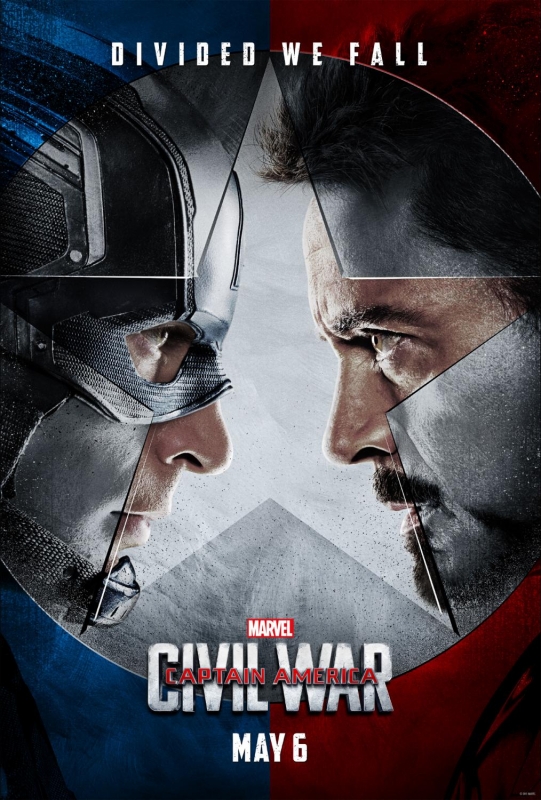 Marvel’s “Captain America: Civil War” finds Steve Rogers leading the newly formed team of Avengers in their continued efforts to safeguard humanity. But after another incident involving the Avengers results in collateral damage, political pressure mounts to install a system of accountability, headed by a governing body to oversee and direct the team. The new status quo fractures the Avengers, resulting in two camps—one led by Steve Rogers and his desire for the Avengers to remain free to defend humanity without government interference, and the other following Tony Stark’s surprising decision to support government oversight and accountability.

Anthony & Joe Russo are directing with Kevin Feige producing. Louis D’Esposito, Alan Fine, Victoria Alonso, Patricia Whitcher, Nate Moore and Stan Lee are the executive producers. The screenplay is by Christopher Markus & Stephen McFeely. Get ready to pick a side and join the nonstop action playing out on two fronts when Marvel’s “CaptainAmerica: Civil War” opens in U.S. theaters on May 6, 2016.

My oldest son never got into super heroes at all. My younger two are, (one was captain america for halloween) so we should definitely try to see this. We always try to go to things that will be liked by all kids from teens to toddlers, boys and girls.