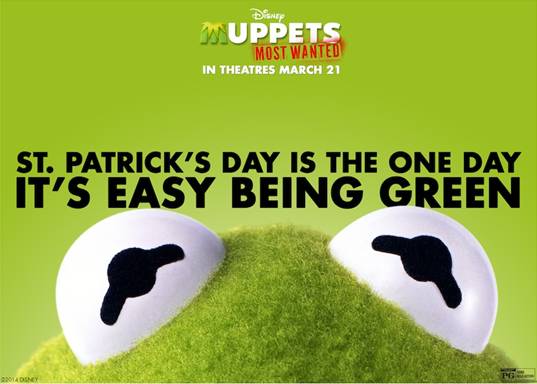 I love this picture! Makes me laugh out loud!

I am heading out the screening of Muppets Most Wanted tonight! We are super excited to see this movie. For the drive I have printed off some fun Muppets Most Wanted Activity Sheets for my kids to do! You can click on the links below and print them out for your kids too! 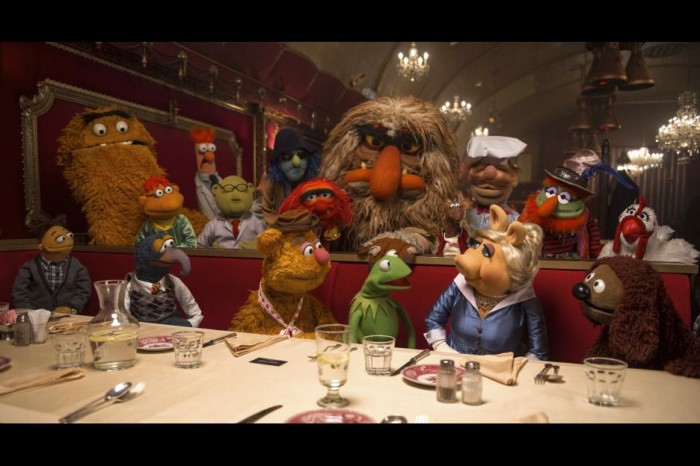 Dublin and London. But mayhem follows the Muppets overseas, as they find themselves unwittingly entangled in an international crime caper headed by Constantine—the World’s Number One Criminal and a dead ringer for Kermit the Frog—and his dastardly sidekick Dominic, aka Number Two, portrayed by Ricky Gervais. The film stars Tina Fey as Nadya, a feisty prison guard, and Ty Burrell as Interpol agent Jean Pierre Napoleon.

Starring Ricky Gervais, Ty Burrell and Tina Fey, Disney’s “Muppets Most Wanted” takes the entire Muppets gang on a global tour where they find themselves unwittingly entangled in an international crime caper.

MUPPETS MOST WANTED opens in theaters everywhere on March 21st!

Wyndham Santa Monica at the Pier {Perfect Destination & Location}
Next Post: Newport Landing Whale Watching {a Must-do while in California}