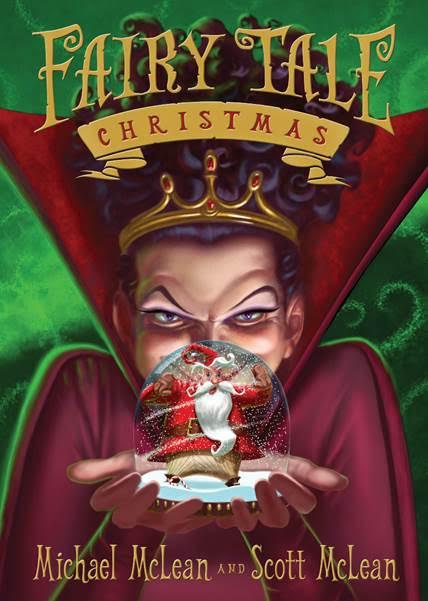 SYNOPSIS: Santa Claus has been kidnapped! Behind the plot are the fairy tale villains: an evil queen, a wicked stepmother, a beanstalk giant, and, of course, the mischievous Rumplestiltskin. They have a plan
that will erase the term “Happily Ever After” from our storybooks forever. To save the day, the fairy tale heroes must decide if they will sacrifice their happiness so that Santa can bring Christmas to all the children of the world. Christmas is almost here, and time is running out.

Overall really liked the book. I felt like some of the words and language used may be a little over my girls’ heads, but we got to talk about the words and they learned something new. I loved the descriptions and how the story was written – it made you feel like you were right there for every part of the story.

Since our family loves Fairy Tales this was another great twist on the favorites we always love to hear about – and who doesn’t love a story about Santa?

This is a fun quick read for you and your family. They will enjoy the story.

Michael McLean has released more than two dozen albums, has written, produced, and directed award-winning films and television commercials, and has annually presented his landmark Christmas production, The Forgotten Carols, based on his book, to sold-out audiences throughout the United States since 1991. He and his wife, Lynne, live in Heber Valley.

Scott McLean is an actor, songwriter, and playwright. A graduate of The American Academy of Dramatic Arts (NYC) and The National Theatre Conservatory (Denver), Scott lives, creates, acts, and auditions in New York City.