My kids love being outdoors. We spend a lot of time hiking, fishing, camping, etc – but they also love to be outside doing things like riding their bikes, gardening, playing with their dog and just enjoying the outdoors. It is so important for us, as parents, to nurture a love of the outdoors – regardless of season. Get them to unplug and enjoy nature, the things they have without an electronic device in hand all the time. I know that my kids love being on their tablets, so we have turned that into a way to help them learn. We watch shows about animals, plants and other things, then we go out in “real life” and do our best to find those things and learn more about them. There are so many ways you can interweave tech and hands on activities, so take the time to plan out some things with your kids. 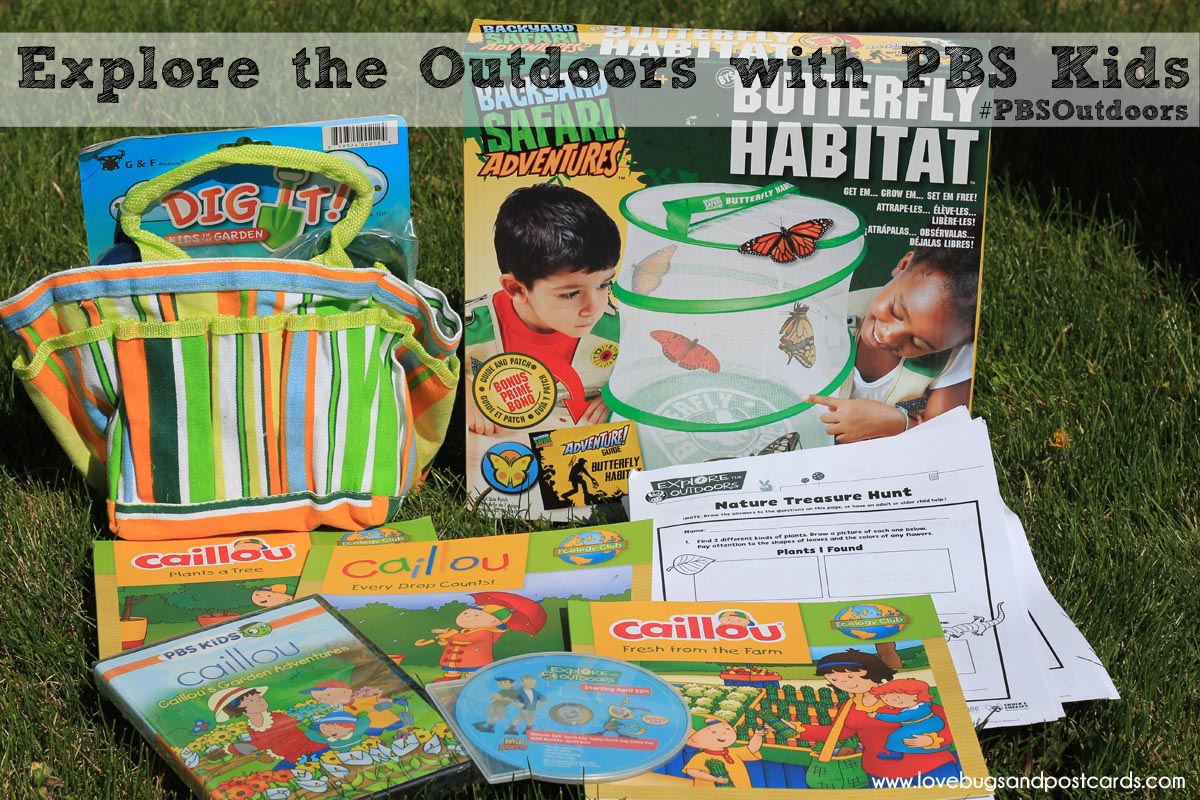 We recently got the cutest kit from PBS Kids (this does not affect our opinions and they are 100% our own)! It included episode screeners, kid-friendly garden tool sets, butterfly habitats, Caillou books, and more. I love PBS Kids because of the great quality educational shows that are on. I don’t have to worry about my kids watching them or playing on the apps because I can trust PBS Kids to provide educational and entertaining shows. My kids love the shows because they have fun and learn and the same time. The shows have many different varieties and cover all of the different areas that my kids are interested in. 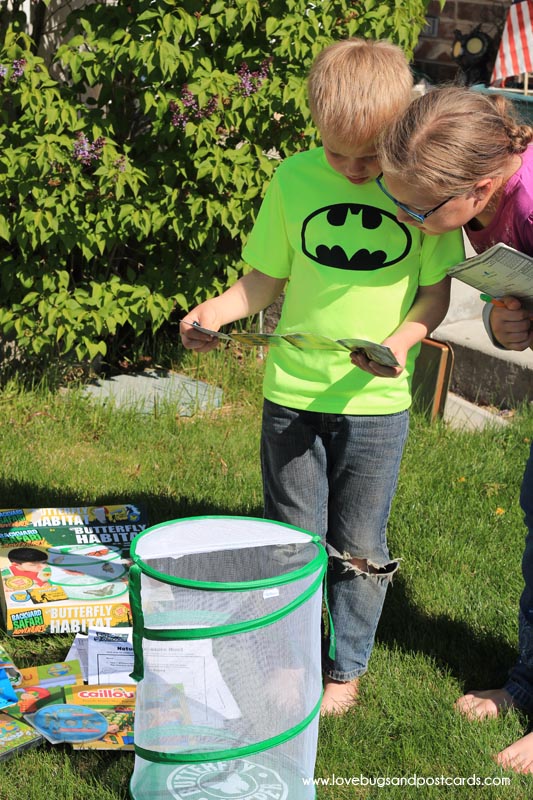 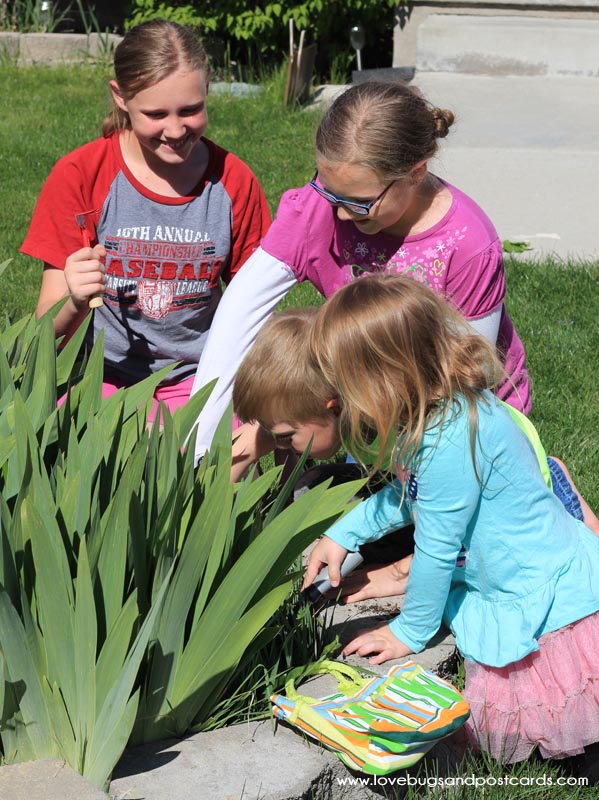 This month there have been some great programs and milestones for PBS Kids! There are several new on-air episodes of Wild Kratts, Ready Jet Go and Nature Cat! And also the Explore the Outdoors Week with PBS Kids. PBS KIDS will celebrate the 100th episode of the fan-favorite series, WILD KRATTS. The adventure began on April 11 with brand-new episodes of the 3-D animated science series, READY JET GO!, followed by a week of new content from WILD KRATTS and NATURE CAT, starting on April 25. To coincide with Explore the Outdoors Week, PBS member stations across the country will host local community educational activities to extend the exploration beyond the screen. 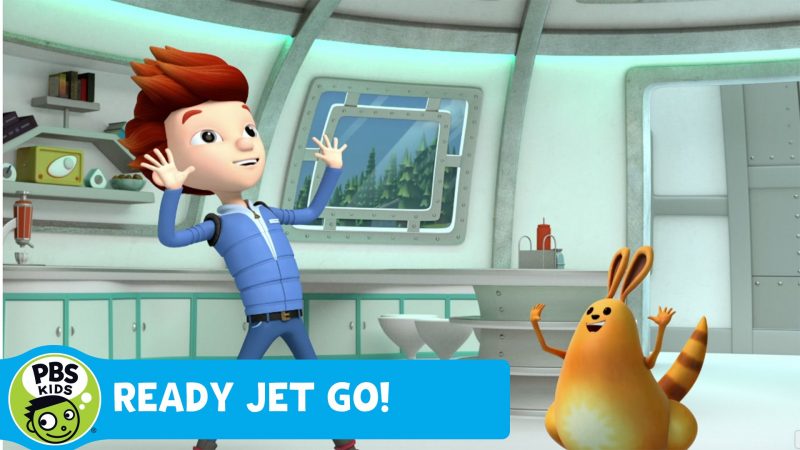 “A Visit from Uncle Zucchini/Mindy’s Weather Report” – The first new episode teaches about Titan, Saturn’s largest moon and the place where Celery’s brother and his pet actually land after getting lost while on their way to visit the Propulsions on Earth. Then, after mistakenly assuming that a huge storm system on Saturn is somewhere local, mayhem ensues as the misinformation spreads and everyone rushes to prepare for the storm.

“Solar System Bake-off/Kid-Kart Derby” – The entire gang takes a trip out to Saturn to find out if the planet has a cold or hot core so Mindy and Carrot can finish making their replica Solar System desserts in time for the cooking competition. Next, when Jet builds an electric engine from scratch for the annual soapbox derby competition, Mitchell becomes suspicious if he is using some alien technology.

“Asteroids, Meteors, and Meteorites/Mindy’s Meteorite Stand” – Sean flies to space to learn the differences between an asteroid, a meteor, and a meteorite so he can beat his mystery competitor at a video game of “Astro-Tracker.” Later, the kids conduct a series of tests to find out if the unique rock Mindy discovered is a meteorite. After “Meteorite fever” grips the neighborhood, a DSA scientist confirms that Mindy’s rock actually is not a meteor, but a different one she is sitting on might be.

“Mindy Pet-sits Sunspot/Treehouse ISS” – As the group heads out to view the Northern Lights, Mindy, who cannot go, gets the chance to make her own amazing backyard “Northern Lights” display with Sunspot. Then, when the kids realize that they all want to use the treehouse at the same time for different activities, they decide to create a schedule so they can use it alone. In the end, the kids realize they need each other’s company and ideas in order to be successful in their own projects. In resolving their problem, the kids learn to think like the scientists on the International Space Station, who have to find a solution to the problem of getting along while doing different projects in a small space.

“Box Turtled In!” – When the Wild Kratts’ Tortuga is accidentally miniaturized and carried off by a coyote, the mothership’s shell defense is finally put to the test. The gang embarks on a box turtle-style mission to get back to the Miniaturizer and restore the Tortuga back to normal size.

“The Other Martens” – It’s a relaxing day at Tortuga HQ when Chris comes in complaining about Martin. Confused, the gang soon discovers that Chris means a bird called the Purple martin and not his brother! Chris is not happy about something else named Martin and when a second creature called Martin comes along – he realizes it’s not his day. But soon, comes to understand what awesome creatures these “Other Martins” really are.

“Sea Otter Swim” – Martin is hanging out with his pet Fruit fly Juice, when Juice suddenly dies. Even though Juice was young, he was pretty old for a Fruit fly. Jimmy wants to know if any animals can live to be over 100 years old. Soon the Wild Kratts are on a mission to discover the oldest creatures on earth!

“Animals Who Live to Be 100 Years Old” – In the series 100th episode, the Wild Kratts head out looking for Black bears, but Aviva keeps seeing a fleeting glimpse of what she thinks is a ghostly white bear. The gang soon realizes that they have stumbled across the rare Spirit Bear of the Northern Pacific. But celebration turns to dismay when they encounter new villain, Ms. Paisley Paver, CEO of Pave Nature Incorporated, and discover her plans to turn the island into a Mega Storage facility. 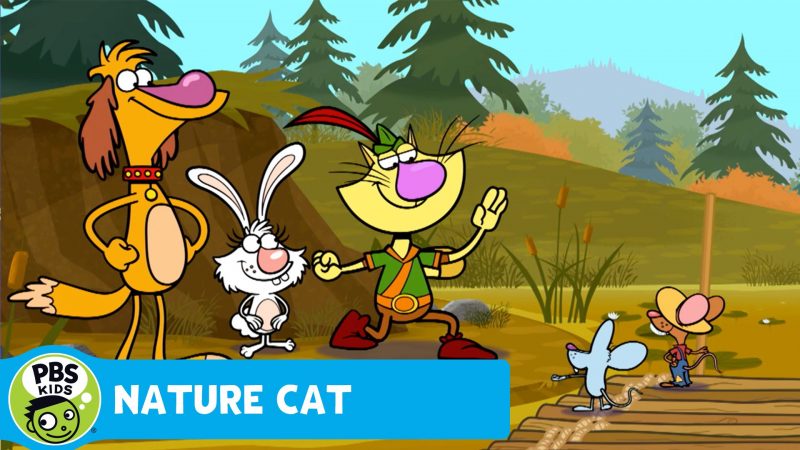 “Earth Day Today/Earth Day Every Day” – After going on a nature hike over to Butterfly Hills, the gang notices plastic bags from the local supermarket blowing in the wind. Nature Cat calls for a change in Earth Day plans, and alerts the supermarket of their problem. With an earth-friendly alternative in place for the supermarket plastic bag problem, Nature Cat and his pals are once again sidetracked by a plastic bottle floating in a stream, leading them to discover that recycling can be an action-packed journey and that Earth Day is every day. The encore presentation premieres on April 29.

“Kingdom of Rotting Log/Can You Dig It?” –  Nature Cat and his pals learn about the life cycle of trees in the forest and discover how important rotting logs are after one gets in the way of building their royal castle in the woods. Later, Nature Cat looks to answer a question on his curiosity list: if they keep digging a hole deeper and deeper, where will they end up? With the help of Daisy’s homemade Earthbreaker One machine and their imaginations, the gang goes onward and downward, through the earth, and winds up somewhere very surprising.

“Mud Love/Call It a Night” – To bring Hal’s dream of Mud Appreciation Day to fruition, all of his pals lend a muddy hand, collecting different kinds of mud for the super fun and super messy celebration – expect Nature Cat who later learns to not just get messy with mud, but to observe what it is like, be creative and make something. Then, after losing his beloved hat while playing flashlight tag at night, Nature Cat and his pals act like other nighttime animals and use some of their other senses to find it.

“Woodpecker Picks a Place/Here Comes the Sun” – The gang investigates a loud knocking on Hal’s doghouse only to discover it is a woodpecker. In trying to stop it, they find out more about woodpeckers and exactly what this one is looking for. While on an amazing adventure to see the Golden Sunstone, Nature Cat breaks the compass, but with the help of his friends learns that you can use the position of the sun in the sky to figure out which way is east, west, north and south.

What are your favorite PBS Kids shows to watch with your family?