You are here: Home / Entertainment / Dora and Friends: The Complete First Season + Charm Adventure Backpack GIVEAWAY!
One show that my kids have loved since I can remember is Dora. My daughter that is now 11 watched it when she was a baby. While they still enjoy the Dora the Explorer shows, my kids have grown up enough to really love the Dora and Friends series. The girls are older and go on fun adventures, but the overall theme of the show is the same as when she was younger. It teaches them about adventure, creativity, and being your best. This is a great series for girls and boys alike. Be sure to look for Dora and Friends: The Complete First Season out December 8 at most major retailers and online. 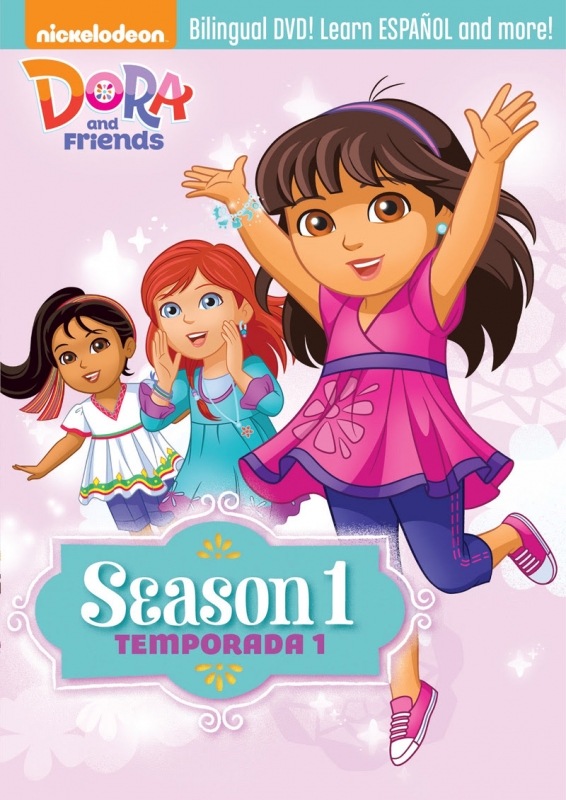 ¡Todos juntos! It’s time to join Dora and her new friends on all of their original adventures with the DVD release of Dora and Friends: The Complete First Season. In this brand-new, bilingual release of the entire first season of Dora and Friends, fans see their beloved Latina heroine living in the city, attending school and at the center of a group of friends who work together to give back to the community. Armed with a magical charm bracelet, trusty Map App, and the strength that comes from working with smart, funny, and supportive friends, Dora is always ready to save the day, solve problems, speak (and teach!) Spanish, and go on real-life and magical adventures.

With over seven hours of entertainment, this educational DVD collection features “Dragon In the School,” a never before-aired episode of Dora and Friends as well as a Nick Jr. Bonus Disc! Fans won’t want to miss this 4-disc collection, complete with doggie adoptions, Puppy Princesses, beautiful mermaids and so much more! Created by Nickelodeon and distributed by Paramount Home Media Distribution, Dora and Friends: The Complete First Season arrives on DVD on December 8, 2015. 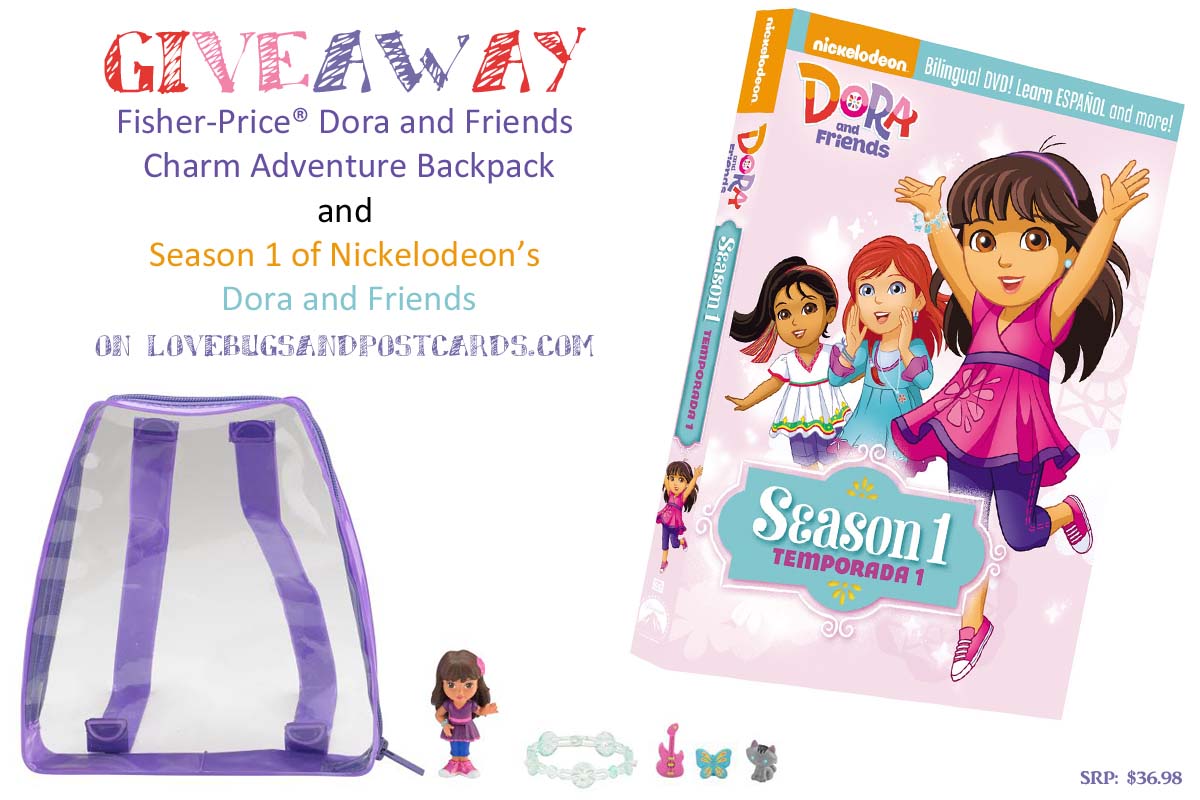 I am excited to be able to offer this fun giveaway for the Dora and Friends: The Complete First Season + Charm Adventure Backpack! Just enter on the Rafflecoptor below. All entries are verified. Giveaway will run from 12/2-12/9. Must be 18 or older. Open to US only. Winner will have 24 hours to respond once emailed with winning  notification or a new winner will be chosen. Good Luck!


We received an advanced copy of the Dora and Friends: The Complete First Season. This did not affect our opinions and they are 100% our own.