Last week I was able to go to a pre-screening of the new Disney Zootopia movie that came out in theaters last Friday (March 4). We have been anticipating this movie for a long time, and my kids were over the moon the night we went to see it. First off, let me mention that my kids are ages 4, 6, 8 and 11. They don’t watch a lot of scary movies (the scariest they have seen is probably the Harry Potter movies), but they love animals and I have never been let down by a Disney Animated movie as far as keeping it appropriate for younger audiences. We expected great things from this movie – and it delivered 100%! 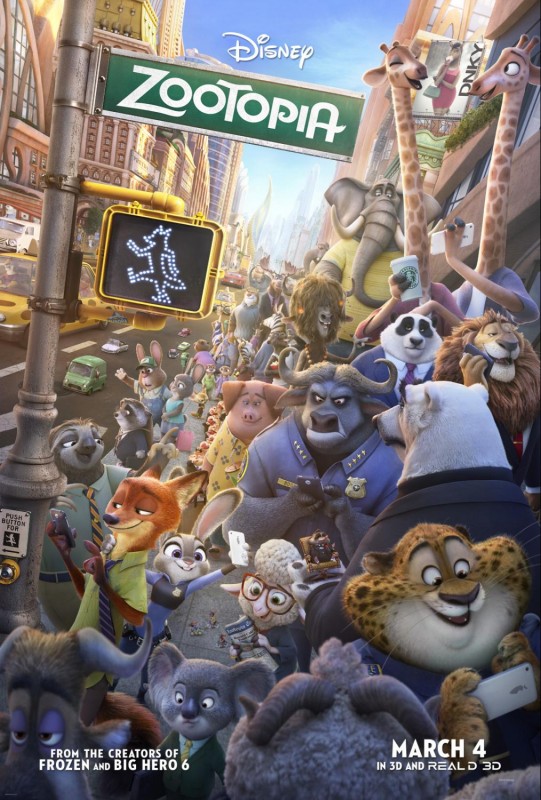 I have heard some parents say that their kids were scared, that it was too dark and I want to address those. As far as being too scary – there are a couple of “make you jump” moments – but the overall theme of the movie, nor any continuous part of it let you feeling scared or that it was too intense. As for being dark, there are a couple of scenes with wild animals but in my opinion they are not dark nor graphic. There is a lot of humor – you will be laughing for more than half of the movie. There are a couple of touching scenes (No – no one dies – mom and dad are ok) – and Zootopia has so many great messages built into the movie that you will just sit and think about it all after it is over. (don’t stay for after the credits – there is nothing). A couple of the things my kids took away from the movie was that you can be what you want and achieve great things no matter your size and that you don’t have to conform to others opinions and stereotypes – be yourself. There is so much more to this movie – it has only been a week and my kids have asked over and over when we can see it again. All four of them loved it – and I think that your kids will enjoy it as much as mine. The adults enjoyed it as much as the kids, thus making it the perfect family movie.

HOW TO DRAW JUDY HOPPS:

HOW TO DRAW FLASH:

The modern mammal metropolis of Zootopia is a city like no other. Comprised of habitat neighborhoods like ritzy Sahara Square and frigid Tundratown, it’s a melting pot where animals from every environment live together—a place where no matter what you are, from the biggest elephant to the smallest shrew, you can be anything. But when rookie Officer Judy Hopps (voice of Ginnifer Goodwin) arrives, she discovers that being the first bunny on a police force of big, tough animals isn’t so easy. Determined to prove herself, she jumps at the opportunity to crack a case, even if it means partnering with a fast-talking, scam-artist fox, Nick Wilde (voice of Jason Bateman), to solve the mystery. Walt Disney Animation Studios’ “Zootopia,” a comedy-adventure directed by Byron Howard (“Tangled,” “Bolt”) and Rich Moore (“Wreck-It Ralph,” “The Simpsons”) and co-directed by Jared Bush (“Penn Zero: Part-Time Hero”), opens in theaters on March 4, 2016.

Officer Judy Hopps (voice of Ginnifer Goodwin), the very first bunny on Zootopia’s police force, jumps at the opportunity to crack her first case—even if it means partnering with fast-talking, scam-artist fox Nick Wilde (voice of Jason Bateman) to solve the mystery.

Also be sure to check out these fun Zootopia Coloring Pages and Activity Sheets! 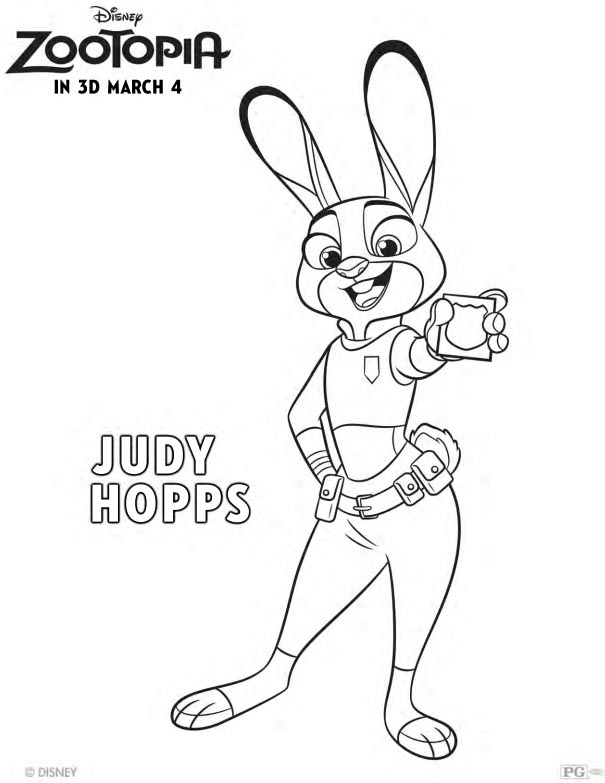 ZOOTOPIA is in theatres everywhere!

P!nk To Partner With Disney’s Alice Through the Looking Glass #DisneyAlice
Next Post: 10 ways to keep your kids safe online