The Million Dollar Arm is one of the best movies I have seen for a long time. Not only is it great for families, but it also has a great meaning and just leaves you with warm fuzzies. It is based on the true story of two boys who overcome all odds and reach for their dreams. The story is also about a man who finds out the true meaning to life and his change of heart. It is very touching to see JB and Miss Brenda and how she helps him realize what is important and what isn’t. This movie is a must see for your family!

I had the opportunity to interview Lake Bell about the movie and I got to learn a lot about her and more background on the movie. She has been friends with John Hamm for a long time so they had a good time working on the movie together. She also talked about how much she loves acting, directing, and producing.

My question for Lake was:

(Q) Can you talk about some of the challenges you faced while filming?

(A) The movie was shot in Atlanta and India. The weather in Atlanta is “particularly finicky with weather”. With a lot of the exterior scenes they ran into a lot of problems. It was really insane. “It would be raining on one side of the field and bright and sunny on the other side of the field”. That obviously became, you know – if you are into weather it was a beautiful thing – if you are into shooting a movie, it’s like enough already. Those are some of the production challenges they had.

In terms of the shoot “it was delightful”. She has known John for many years so they are buddies. They didn’t any terrible things happen during production.

Based on a true story, sports agent JB Bernstein (Jon Hamm) finds that business has changed and things aren’t going well for his career. In a last ditch effort to save his livelihood he concocts a scheme to find baseball’s next great pitching ace. Hoping to find a young cricket pitcher he can turn into a major league baseball star, JB travels to India to produce a reality show competition called “The Million Dollar Arm.” With the help of cantankerous but eagle-eyed retired baseball scout Ray Poitevint (Alan Arkin), he discovers Dinesh (played by Madhur Mittal from “Slumdog Millionaire”) and Rinku (played by Suraj Sharma from “Life of Pi”), two 18-year-old boys who have no idea about playing baseball, yet have a knack for throwing a fastball. Hoping to sign them to major league contracts and make a quick buck, JB brings the boys home to America to train. While the Americans are definitely out of their element in India, the boys, who have never left their rural villages, are equally challenged when they come to the States. As the boys learn the finer points of baseball, JB, with the help of his charming friend Brenda (Lake Bell), learns valuable life lessons about teamwork, commitment and what it means to be a family. 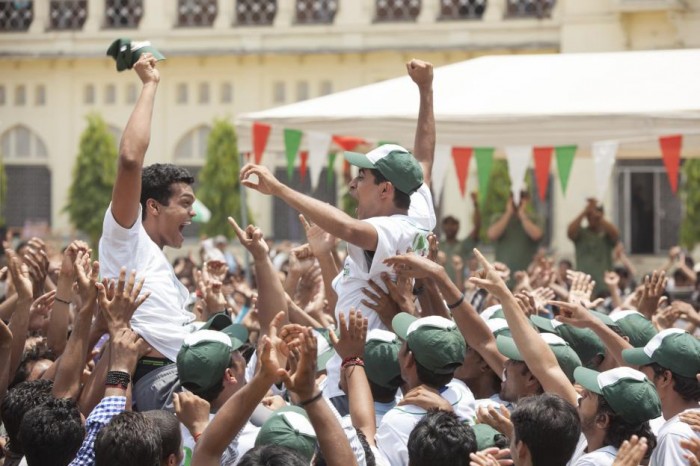 We received passes to go to the pre-screening of the movie. This did not affect our opinions and we only recommend products or services that we believe will be beneficial to our readers.