You are here: Home / Entertainment / Disney’s Beauty and the Beast available today!

We received a copy for review. All opinions are our own. 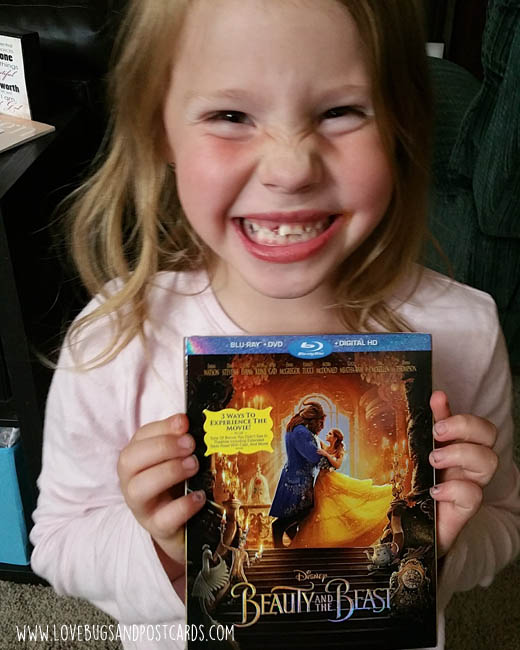 We have been waiting a few months for Disney’s Beauty and the Beast to come out on Blu-Ray so we could watch it at home as much as we want. It is one of my families favorite movies, and so when our screening copy showed up, my five year old could wait to open it and watch it. Go get it today! You can get on Blu-ray, DVD and Digital. A great family movie that you will watch over and over again!

Read about our interviews and behind the scenes info from our trip to LA in March for the press junket! Read our Beauty and the Beast review here and you can also get a behind the scenes scoop from the interviews we shared with Emma Watson and Dan Stevens, Luke Evans and Josh Gad, Audra McDonald and Gugu Mbatha-Raw and Director Bill Condon, and Alan Menken who did the music.  You can also download these free Beauty and the Beast activity sheets and the awesome Beauty and the Beast coloring pages for your kids. These are such great and touching articles. I hope you enjoy them as much as we do.

Bring Home the Timeless Tale Beloved by Generation and Go Beyond the Magic & Music in Ways Like Never Before, and for the first time, experience how this film was brought to life. Includes 3 ways to watch the movie, an enchanted table read, over 10 minutes of deleted scenes 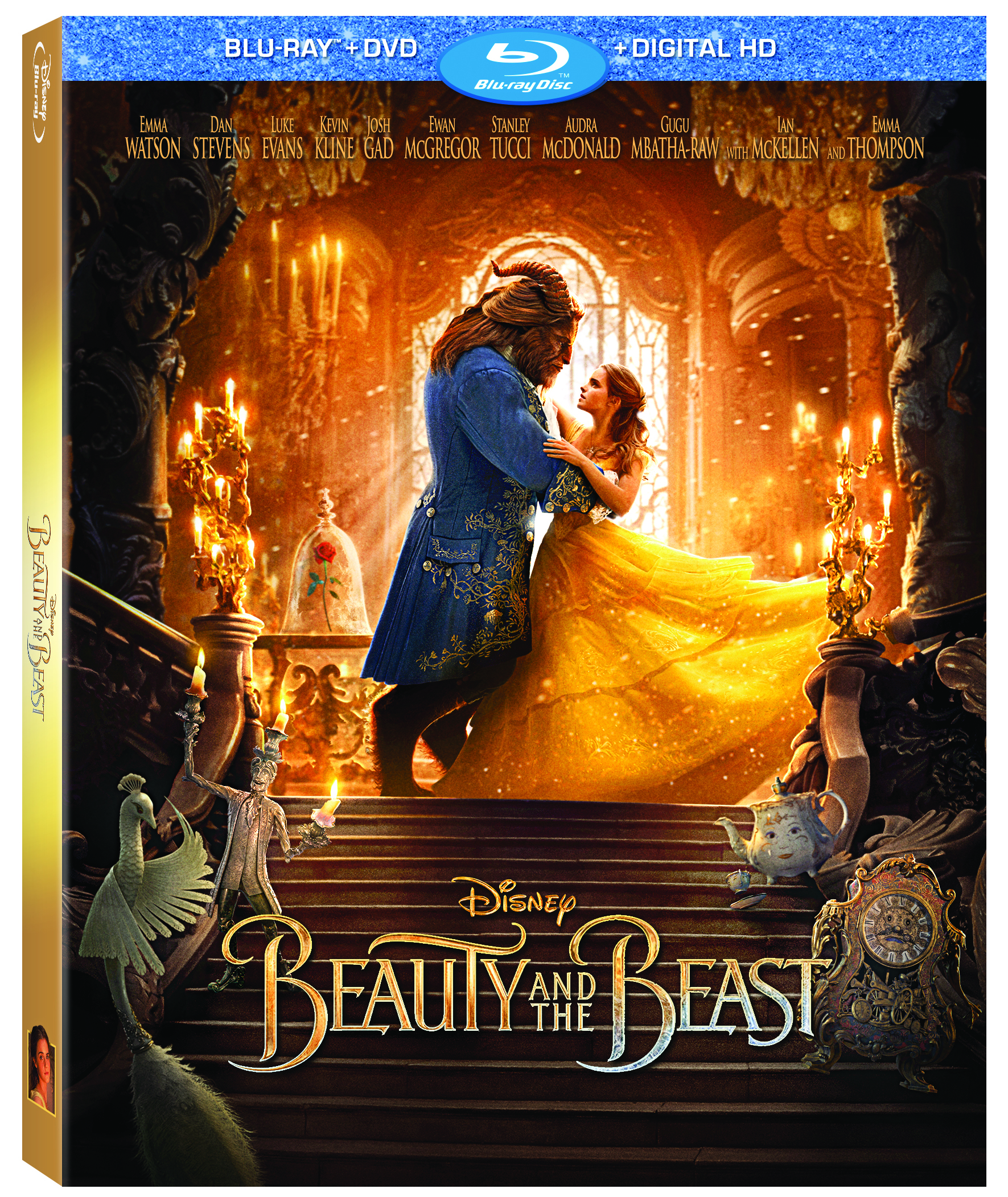 Fans who bring home “Beauty and the Beast” can celebrate the release with three ways to watch the movie – the original theatrical cut, the premiere cut with overture, and a musical experience with a sing-along version.  The release invites viewers to get up close and personal with the filmmakers and cast to see how this beloved animated film was transformed into a new live-action classic, from the first enchanted table read to a fascinating look at how the film was brought to life utilizing lavish sets, elaborately designed costumes and props, and state-of the-art technology. A feature on the amazing women behind the enchanted tale hosted by Emma Watson; and over 10 minutes of deleted scenes along with musical extras, including the “Beauty and the Beast” music video starring Ariana Grande and John Legend, Celine Dion’s heartfelt take on the new song “How Does a Moment Last Forever,” and jump directly to all you favorite unforgettable songs.

Watch these bonus clips:
Beauty and the Beast | The Dress

Beauty and the Beast | The Dancing

Beauty and the Beast | Filming at Shepperton

Beauty and the Beast | Table Read

Beauty and the Beast | Be Our Guest Table Read

“Beauty and the Beast” features an extraordinary ensemble cast, including Emma Watson as Belle, Dan Stevens as The Beast, Luke Evans as Gaston, Kevin Kline as Maurice, Josh Gad as LeFou, Ewan McGregor as Lumière, Stanley Tucci as Maestro Cadenza, Audra McDonald as Madame de Garderobe, Gugu Mbatha-Raw as Plumette, Hattie Morahan as the enchantress and Nathan Mack as Chip with Ian McKellen as Cogsworth and Emma Thompson as Mrs. Potts.

Directed by Bill Condon and based on the 1991 animated film “Beauty and the Beast,” the screenplay is written by Stephen Chbosky and Evan Spiliotopoulos. Alan Menken provides the score, which includes new recordings of the original songs written by Menken and Howard Ashman as well as three new songs written by Menken and Tim Rice. The film is produced by Mandeville Films’ David Hoberman, p.g.a. and Todd Lieberman, p.g.a with Jeffrey Silver, Thomas Schumacher and Don Hahn serving as executive producers.

As Condon explains, “There’s something about this story – and specifically the score, which was written 25 years ago – that is just magical, and I think that’s what still draws people in and is what makes this such a special experience.”

Thanks to the artistry and imagination of Condon and a brilliant creative team, audiences of all ages are sure to be captivated by the story’s music, adventure and romance once again.

Cars 3: Road to the Races + New Trailer #Cars3
Next Post: A personalized book is the perfect gift for Father’s Day!