You are here: Home / Entertainment / Movie Reviews / Tom and Jerry: Back to Oz on DVD

One of my sons favorite shows is Tom and Jerry. He was so excited when we got this in the new Tom and Jerry Back to OZ movie in the mail, he couldn’t wait to watch it. All of my kids gathered around and enjoyed the movie, laughing and having fun. It is a great adventure filled with everything you love about Tom and Jerry, as well as integrating a classic story and fun new characters. 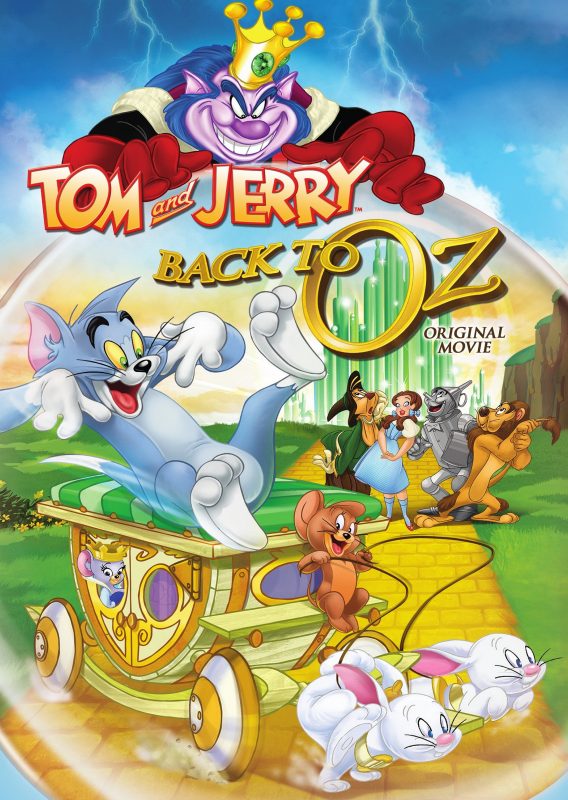 Get set for another “oz-some” adventure with animation’s favorite tussling twosome, Tom and Jerry in Warner Bros. Home Entertainment’s (WBHE) newest original film, Tom and Jerry: Back to Oz. Available in stores June 21, 2016, this entertaining family film follows everyone’s favorite cat and mouse as they return to the captivating Land of Oz for another exciting adventure with Dorothy, Toto, the Scarecrow, the Tin Man, the Lion and their companions.

Tap your heels together three times and prepare to journey over the rainbow once again, for another delightful adventure with the cantankerous cat and the mischievous mouse in Tom and Jerry: Back to Oz. The Wicked Witch of the West may have been defeated but it’s not long before a new villain emerges and threatens the magical Land of Oz! Only Tom and Jerry’s brilliant antics are clever enough to take on this new adversary. 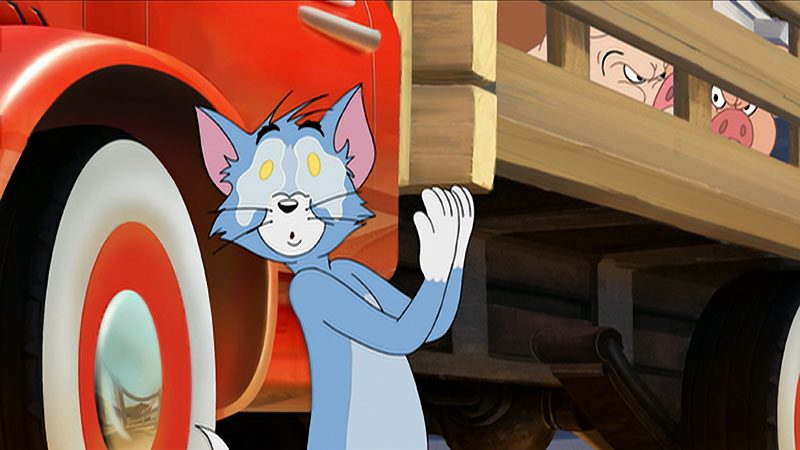 When the Gnome King and his army surface from beneath Oz and capture the Good Witch, the wizard turns to Tom, Jerry and Dorothy for help. He brings them back to Oz to help stop the evil monarch, who has threatened to take control of Emerald City. Having wreaked havoc throughout Oz, the Gnome King and his army need one thing to finalize their conquest – Dorothy’s ruby slippers! It’s up to Tom and Jerry to use their quick wits and clever schemes to save Oz. Dorothy’s cherished friends, the Lion, the Tin Man, the Scarecrow and her little dog Toto too, join in their valiant efforts. Will the Gnome King take over Emerald City or will Tom and Jerry’s hilarious high jinks save the day? The result is a rip-roaring, fun-filled, magical adventure Tom and Jerry fans won’t want to miss!

“The Wizard of Oz and its beloved characters have captured the hearts of fans for generations. With this fun new film, viewers will be able to reconnect with everything they love about Oz but in a whole new story,” said Mary Ellen Thomas, Vice President Family &amp; Animation Marketing. She added, “Tom and Jerry are loved by kids and adults alike. We’re delighted to release another beautifully animated film that features the hilarious adventures of these two beloved, iconic cartoon characters.”

Get your copy of Tom and Jerry: Back to OZ on DVD today!

We received a copy in order to do this review. All opinions are our own.