You are here: Home / Entertainment / Movie Reviews / The Seventh Dwarf available to own! #The7thDwarf

The Seventh Dwarf is really cute movie that my kids have enjoyed! Join All Seven Dwarfs in an Adventure as Big as They are Small! It’s the eve of Princess Rose’s 18th birthday. Everyone in the kingdom has come to the castle to celebrate including Snow White, the Seven Dwarfs, Cinderella and Red Riding Hood. But just before the stroke of midnight, Bobo, the youngest dwarf, accidentally pricks the finger of Princess Rose (a.k.a. Sleeping Beauty) with a cursed needle and sends the kingdom into a century-long slumber! To find Rose’s true love, Jack, to save her with a kiss, Bobo and the other six dwarfs must go on a treacherous journey, face a fiery dragon and outwit the jealous, scheming and evil witch, Dellamorta! 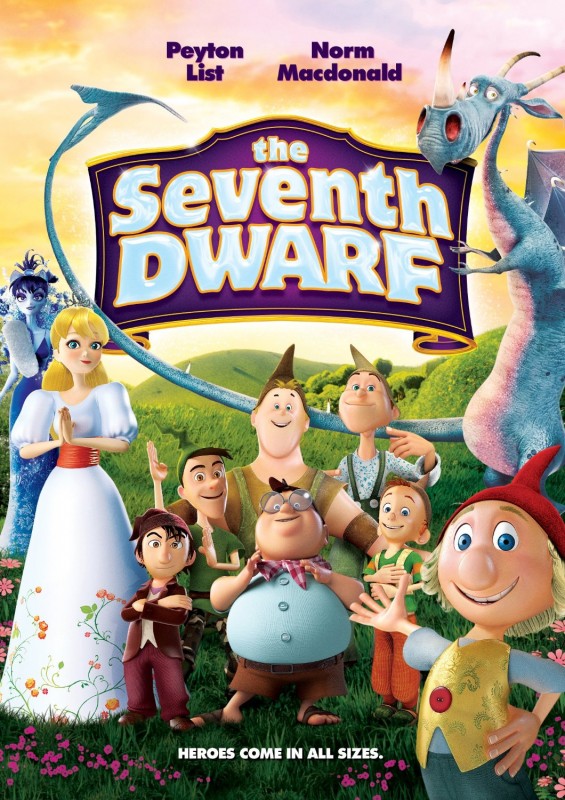 After appearing in select NY and LA theaters, Shout! Factory’s new animated feature, THE SEVENTH DWARF, is finally available NATIONWIDE on Blu-ray and DVD at Wal-Mart stores, as well as on iTunes and VOD platforms! THE SEVENTH DWARF is an exciting adventure story that unites all your favorite fairytale characters in one kingdom and stars the voices of Peyton List, Norm MacDonald, Nina Hagen and Joshua Graham. Check out the trailer and make sure you head to a Wal-Mart store near you to experience this delightful film with your entire family!

We received a pre-screening copy in order to tell you how great this movie is. All opinions are 100% our own.

Nominate your school to get $1000 in labels from Tyson Project A+™
Next Post: The Originals: The Complete Second Season out today!