You are here: Home / Travel / California / The beginnings of Toy Story and a tour of the PIXAR Archives 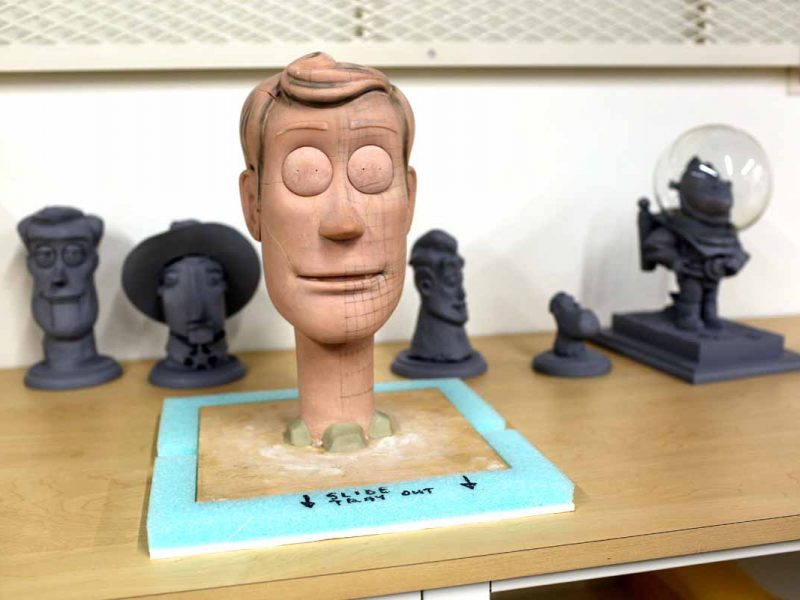 On my trip to San Francisco, we were able to to do a lot of amazing things (like visit Google HQ), and tour the PIXAR campus and learn more about The Good Dinosaur, but being able to visit the PIXAR Archives to learn more about TOY STORY was incredible. We were the first public tour they (PIXAR Archives) has ever had – so it was really a privilege. I can not begin to tell you how cool this was. We got to see original drawings from the artists, 3-D models, photos and many other timeless pieces that the amazing ladies there have preserved and learned about so they could share with us.

Some of the things we learned about the Archives:

I loved listening to them tell us about how they store everything and what they keep and why it is important. They showed us several pieces for examples and we got to be in one of the archive rooms, so that was really neat as well.

Some of the things we learned about TOY STORY:

If you haven’t seen Toy Story for a while, now is the time to pull it out and watch it again. It is such an iconic film and really changed the way cartoons were made. It was suggested that you mute the movie and watch it without sound so you can pay attention to things like the lighting, the views from which the characters are looking, and also the composition and angles.

This was such fun experience and I wish we could have spent more time there learning about the history of PIXAR at the PIXAR Archives.

10 time saving hacks for moms with toddlers
Next Post: My trip to PIXAR Studios to meet The Good Dinosaur #GoodDinoEvent