You are here: Home / Entertainment / The Saratov Approach Movie Review 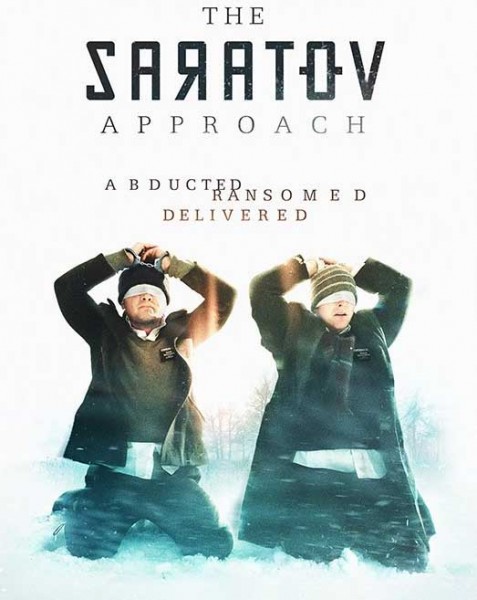 The Saratov Approach staring Corbin Allred (Saints and Soldiers) and Maclain Nelson (Forever Strong) is about the untold, true story of two missionaries (Elder Tuttle and Elder Propst) from the Church of Jesus Christ of Latter-Day Saints who were serving in Russia. During their missions they looked for people to teach, and were approached by a young man, Nikolai, who invited them over to his house.

While trying to make contact with Nikolai, the missionaries were captured, beaten, bound and transported. This part of the movie for me was very emotional. While they didn’t show every blow to the head or body that these missionaries took, they still showed you enough that you understood what really was happening to them.

The missionaries were held hostage in a remote area for 5 days, given little to eat, chained and handcuffed. The two captors (Nikolai and Sergei) attempt to ransom Elder Tuttle and Elder Propst to the LDS church and to the US Government. Elder Tuttle and Elder Propst  soon realize that there is little chance that either the church or the US Government would pay the ransom because that would make thousands of missionaries all over the world targets for this same circumstance.

As each day they are held captive passes, the scenes become more intense, along with their captors becoming more impatient, and a greater possibility of the missionaries being tortured or killed.  Through this experience, the missionaries maintain their faith and gain a better understanding that there is a greater plan and a different way to approach life. “The Saratov Approach”.

“I’m frequently asked about the meaning behind the film’s title. While I was developing the story, I discovered that people of all faiths responded to the plight of the missionaries and their families.  Even President Clinton put forth effort on their behalf. Because of the events in Saratov, people of all faiths drew nearer to, or “approached” each other, and God, in ways that they may not have previously done,” said Garrett Batty, writer and director of the film

They realize that they want to make their captors their friends, and to teach them about God. In a recent interview with the “real” Travis Tuttle – he said “Our whole goal in the entire time we were there was to make them our friends. And we just had the attitude that it’s harder to kill your friends than your enemies.” You see people from every faith come together in prayer and fasting for the safety of the two missionaries. You leave this movie feeling so spiritually uplifted and knowing that their is a greater plan at work.

In regards to the Directing and Cinematography of the movie I give it two thumbs up. You feel like you are really there with them, experiencing everything that they and their families go through. It is a very emotional movie, and will captivate you from start to end.