I love a good mystery, and Pretty Little Liars provides them every time! If you haven’t watched the show yet, you need to spend the weekend binge watching the first 5 seasons on Netflix (or pick up the seasons on DVD) and then catch up with the sixth season that just came out on DVD! We received a screening copy – all opinions are still our own. 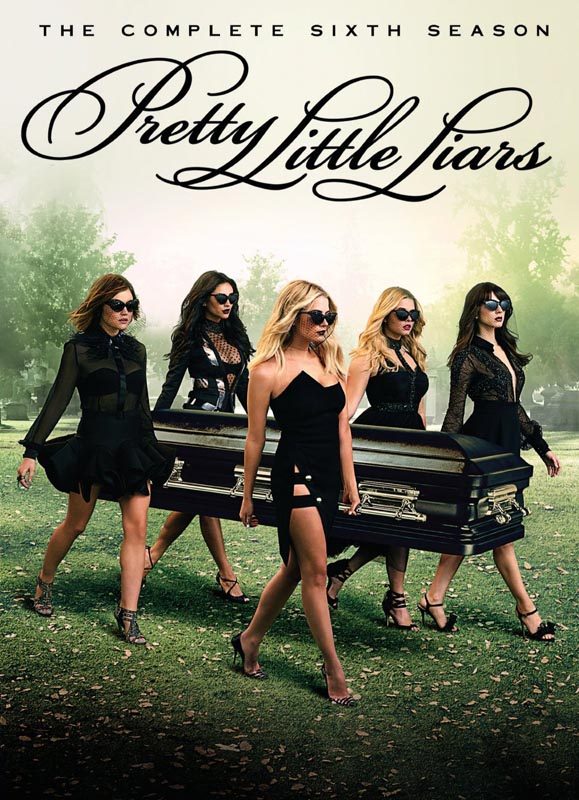 As the sixth season begins moments after the season five finale, Aria, Emily, Hanna, Spencer and Mona are trapped outside the “dollhouse” where their tormentor, Charles, has been keeping them — with nowhere to run. Angered by their attempted escape, Charles’ games take a more demented and darker turn. As the girls struggle to survive, Ezra, Caleb and Toby (recurring guest star Keegan Allen) continue the fight to find the girls with or without Rosewood Police Department’s help. Charles’ story begins to come together, with the Liars eventually solving the puzzle and unmasking Charles, finally putting an end to the “A” game. The second half of the season jumps five years forward, with new secrets, new lies and a whole new look.

Based on the series of books by Sara Shepard, Pretty Little Liars is from Alloy Entertainment, Long Lake Media and Russian Hill Productions in association with Warner Horizon Television. The executive producers are I. Marlene King (Just My Luck, If These Walls Could Talk, Now and Then), Oliver Goldstick (Ugly Betty, Lipstick Jungle), Leslie Morgenstein (The Vampire Diaries, The Originals, Gossip Girl) and Joseph Dougherty (thirtysomething, Saving Grace).

Warner Bros. Home Entertainment (WBHE) brings together Warner Bros. Entertainment’s home video, digital distribution and interactive entertainment businesses in order to maximize current and next-generation distribution scenarios. An industry leader since its inception, WBHE oversees the global distribution of content through packaged goods (Blu-ray Disc™ and DVD) and digital media in the form of electronic sell-through and video-on-demand via cable, satellite, online and mobile channels, and is a significant developer and publisher for console and online video game titles worldwide. WBHE distributes its product through third party retail partners and licensees.