I am a Peanuts Ambassador and received product for this post. All opinions are 100% my own.

We love Valentine’s Day. My four year old loves it because it is all about the pink and the hearts – both of which she loves. For me, it is chance to have fun with my family and show my kids and hubby how much I appreciate them. I try and do this everyday – but it doesn’t always involve candy and cool gifts ;). Recently I was picked to be one of the 2016 Ambassadors for Peanuts and I am so excited. We love the Peanuts gang, and can’t wait to share with you all of the fun and exciting things that are coming this year. We recently got a fun box full of Peanuts Valentine’s Day stuff and my kids couldn’t go through it fast enough. 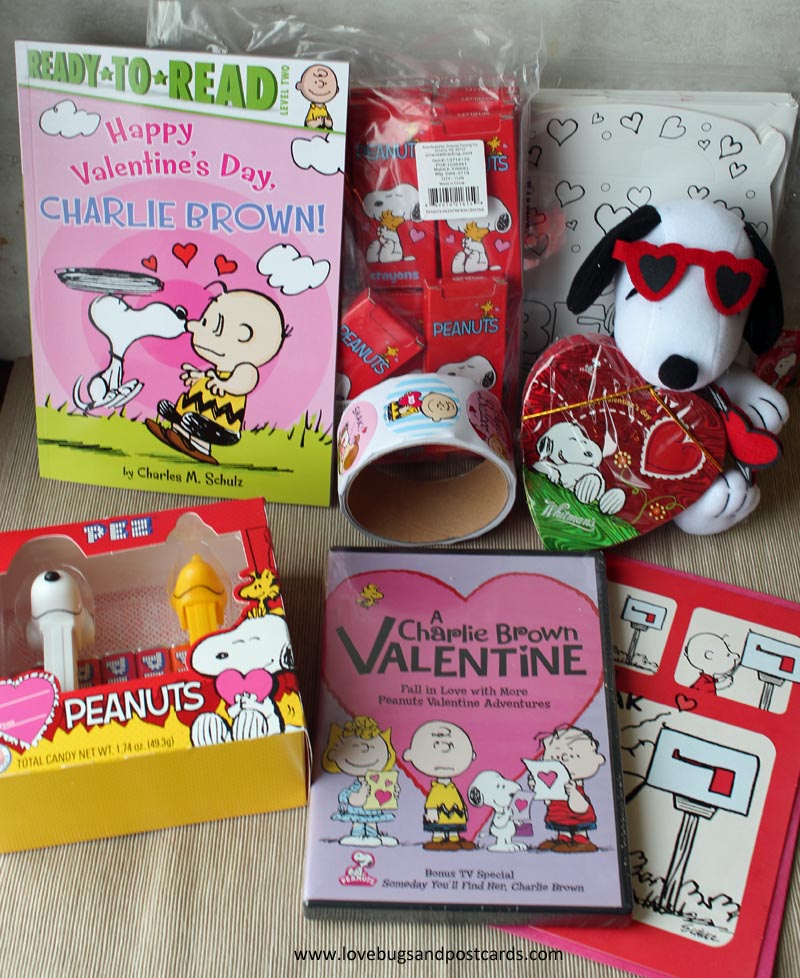 My kids were thrilled with what was inside. They have already made plans for most of the stuff – and couldn’t wait to share the boxes and crayons and have a fun play date making Valentine’s boxes. The Peanuts crayons, stickers, and boxes made an afternoon of fun for them. They also loved the book that we read and the “A Charlie Brown Valentine” movie. My kids have never had PEZ before (:( ) and so they were very excited to see how Snoopy and Woodstock worked with the fun yummy treats. Overall the whole package was fun. I loved the Peanuts card to give to my sister for Valentine’s day. 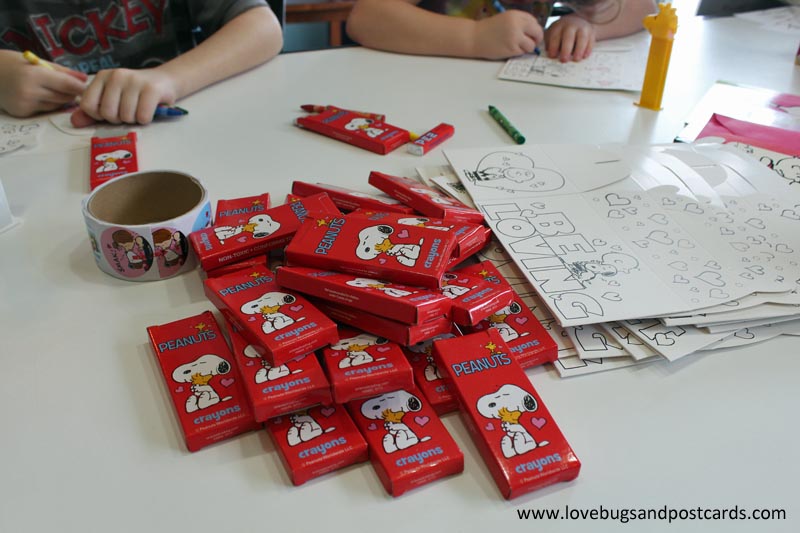 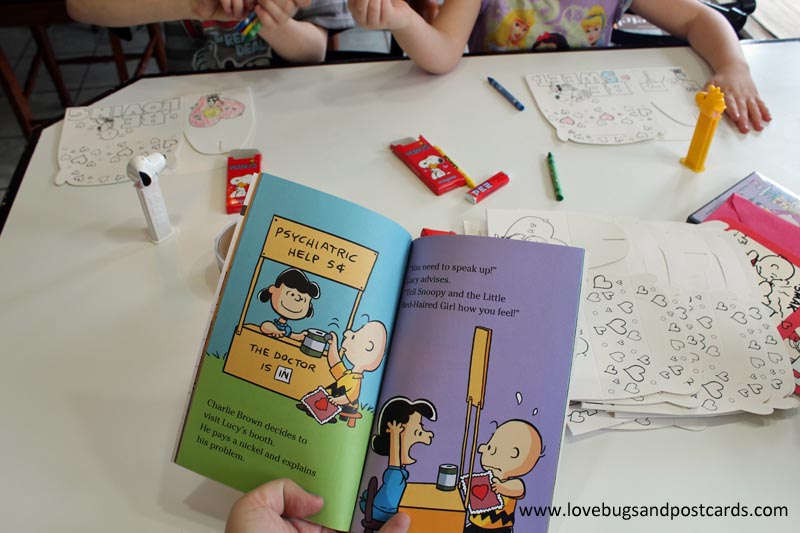 We are so excited to watch the two primetime TV Peanuts specials devoted to Valentine’s Day.

The first one, Be My Valentine, Charlie Brown, is the 13th special based upon the popular comic strip. It originally aired on CBS on January 28, 1975 and now airs every year on ABC. In this special, the whole gang experiences holiday heartbreak:

Lucy tries to get Schroeder to like her. Sally, thinking that Linus gave her a gift, tries to get him something great so that he will love her. Linus tries to tell his teacher, Miss Othmar, that he loves her. Charlie Brown desperately wants to receive a valentine. In the end, everybody is disappointed. Charlie Brown is finally cheered up when he gets a used valentine from Violet the next day, hoping that her pity valentine will start a trend and he will get even more valentines the following year.

After this episode was originally aired, children all over America sent valentines to Charlie Brown out of sympathy.

The second TV special, A Charlie Brown Valentine, is the 40th It was initially broadcast on February 14, 2002 on ABC (where it continues to air now).

In this special, Charlie Brown attempts to win the heart of the Little Red-Haired Girl. After numerous failed efforts, he finally works up the courage to call her to ask her to the Valentine’s Day dance. But he dials the wrong number and reaches Peppermint Patty instead.

A Charlie Brown Valentine was the first Peanuts special to be produced after Charles Schulz’ death, as well as the first without Schulz on the production team.

Many of the strips revolve around Charlie Brown’s eagerness to receive valentines…only to be disappointed, every. single. time. In several of the strips, Charlie Brown watches forlornly as Snoopy sits atop his doghouse reading his stacks of valentines—while his own mailbox remains doggedly empty.

At other times, Charlie Brown’s stomach is in knots as he focuses on getting a valentine from the Little Red-Haired Girl or giving one to her, but he never quite manages to get up the nerve to approach her.

In real life, the Little Red-Haired Girl was a co-worker of Schulz’ named Donna Johnson Wold. Wold and Schulz eventually became romantically involved and dated for three years, but in 1950 when Schulz proposed to her, she turned him down, saying she was already engaged. Schulz was devastated, but he and Donna remained friends for the rest of his life.

Most recently, the Little Red-Haired Girl took center stage in the critically acclaimed The Peanuts Movie, which debuted in November 2015. The film marks the first time the character, voiced by Francesca Capaldi of Disney’s “Dog with a Blog,” speaks.

Other recurring stories of unrequited love include Lucy pestering Schroeder for a valentine and Sally pursuing Linus (in vain) by giving him a valentine. 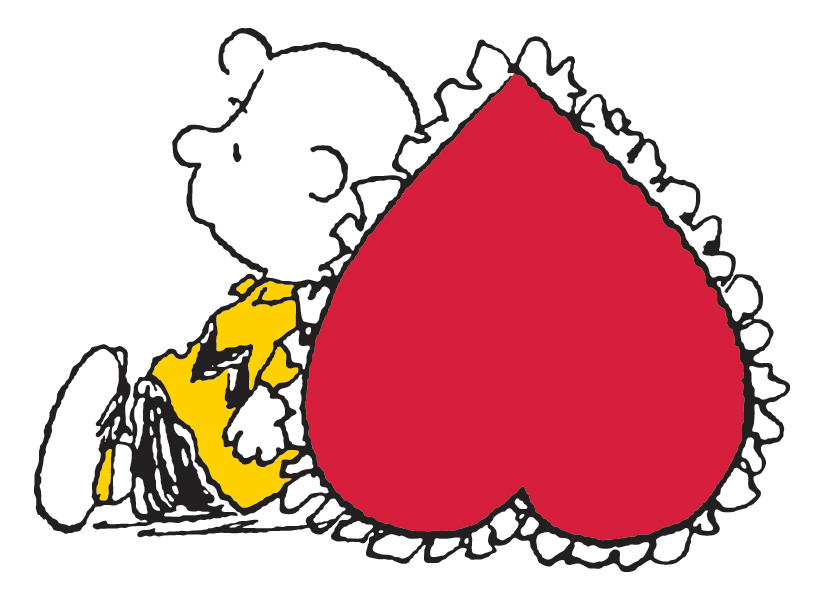 Are you in love with the Peanuts like we are? Every year, Charlie Brown, Snoopy and the rest of the Peanuts gang can be found on hundreds of different Valentine’s Day gifts, including cards, plush, books, candy and much more.

This year, for the first time, Oriental Trading is offering an array of colorful Peanuts toys, party supplies, and crafts for Valentine’s Day.  Also new are adorable Peanuts Pez and a ready-to-read book, called Happy Valentine’s Day, Charlie Brown, from Simon and Schuster.

And, returning by popular demand, are Whitman’s chocolates featuring a Snoopy plush, A Charlie Brown Valentine DVDs from Warner Home Entertainment, and holiday cards from Hallmark. 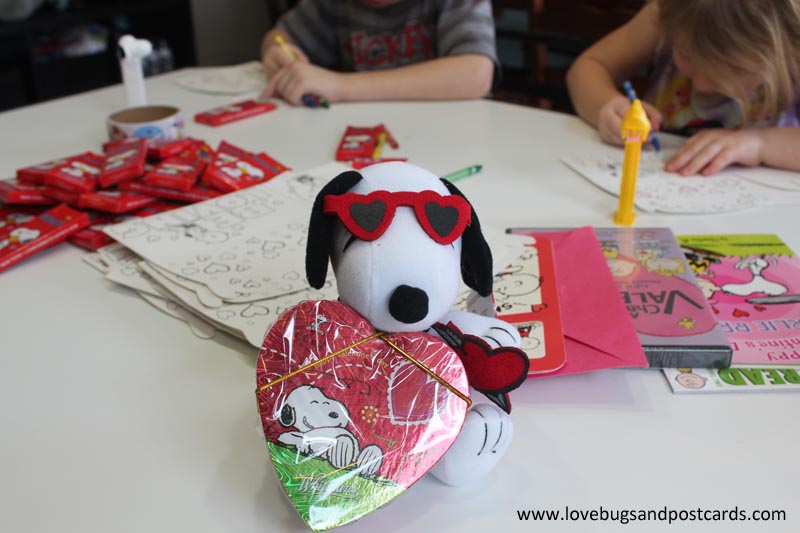 Ready for this? We are giving away a fun package like we received! Included in your Peanuts package will be: Oriental Trading’s treat box to color, crayons and stickers; Snoopy and Woodstock Pez; Simon and Schuster’s Happy Valentine’s Day, Charlie Brown; A Charlie Brown Valentine from Warner Home Entertainment; Whitman’s chocolates featuring a Snoopy plush; and a Valentine card from Hallmark.

Giveaway runs through 2/8/16. Open to US only. Must be 18 or older to enter. All entries will be verified. Good Luck.