You are here: Home / Entertainment / Movie Reviews / Own The Secret Life of Pets! +#SecretLifeofPets Giveaway

For months my kids watched the preview to The Secret Life of Pets movie and couldn’t wait to see it. We have two pets of our own – a dog and a cat – so it made it even funnier. We planned a night and went to watch it in theaters, but once is not enough. This is one of the funniest movies we have seen this year and my kids LOVE it! We were able to get a special pre-release copy of the movie with a fun activity set, hat and more and they have played with them frequently while watching the movie over and over. 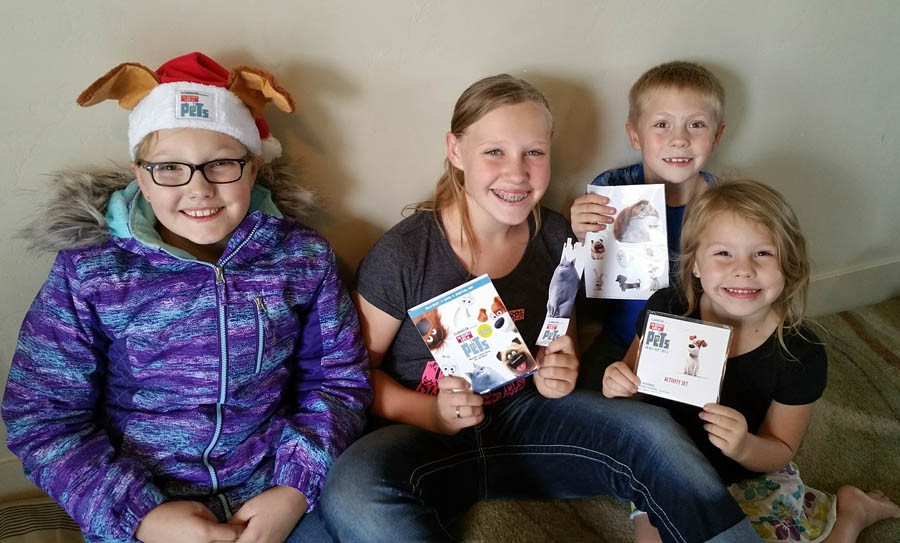 In this family comedy, Max and Duke get lost in the city and their friends, including the funny fat cat Chloe and the hyper cute fuzzy little Pomeranian dog Gidget take on a life-changing journey to save them. The voice acting is amazing – so many funny things in this film that you have to watch a few times to catch them all. (Like the SING poster on the back of the bus on the bridge!). The animation is top of the line as well with great special effects and fun scenes for all ages. It can be a little emotion in a couple of parts, and a couple of the scenes are a little intense but overall a great film that we love! 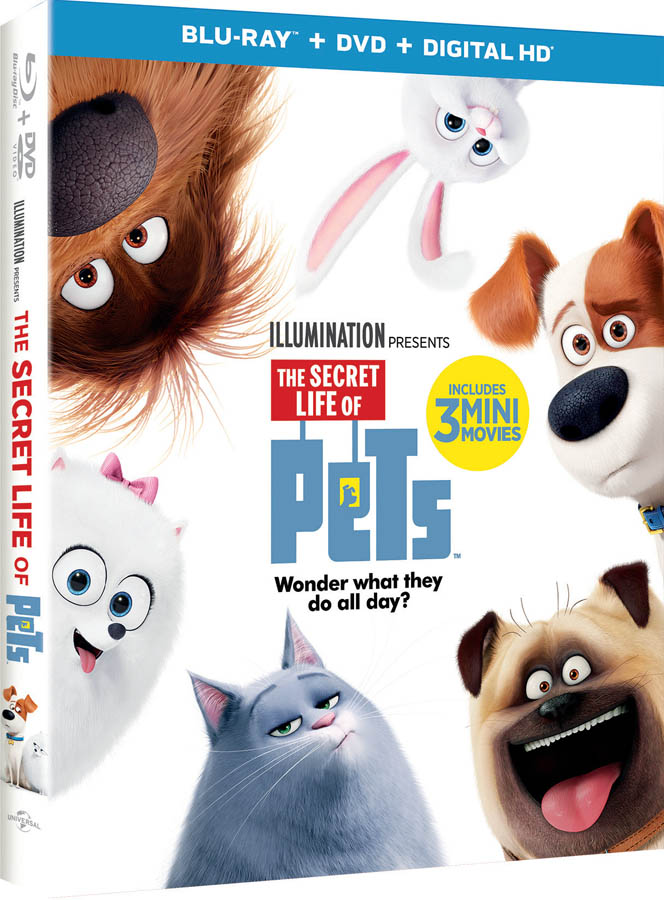 This holiday season, the answer to the question “Ever wonder what your pets do when you’re not home?” is answered when The Secret Life of Pets comes to Digital HD November 22, 2016 and 4K Ultra HD™, Blu-ray™ 3D, Blu-ray™, DVD and On Demand December 6, 2016 from Universal Pictures Home Entertainment. The humans behind the Despicable Me franchise present America’s top-grossing original film of the year, the animated comedy is a worldwide hit with over $834 million in global ticket sales. The Secret Life of Pets is “non-stop action and laughs,” says Peter Travers of Rolling Stone. The 4K Ultra HD™, Blu-ray™, DVD and Digital HD versions feature nearly an hour of bonus content, including three hilarious mini-movies: the all-new Norman Television and Weenie PLUS Mower Minions which debuted in theaters and is now available to own.

In their fifth fully animated feature-film collaboration, Illumination Entertainment and Universal Pictures present The Secret Life of Pets, a comedy about the lives our pets lead when we leave for work or school. Max, voiced by Louis C.K., is a loyal terrier living a perfectly happy existence until his owner, Katie (Ellie Kemper) brings home Duke (Eric Stonestreet) a big, boisterous mutt she finds at the shelter. When Max and his unruly new “roommate” slip away from their dog-walker, they find themselves lost in the urban jungle of New York City. In an attempt to stay ahead of animal control and a rebel band of abandoned pets led by an unhinged bunny named Snowball (Kevin Hart), they put aside their differences to survive the epic journey back home.

Be sure to visit them at:
Website: http://uni.pictures/Pets
Trailer: http://uni.pictures/PetsTrailer
Facebook: https://www.facebook.com/SecretLifeOfPets
Twitter: https://twitter.com/petsmovie
Instagram: https://www.instagram.com/secretlifeofpets
We are excited to partner with them to bring you a fun giveaway! One lucky reader will win their own copy of The Secret Life of Pets! Must be 18 or older to enter. Open to US only. Giveaway will run from 12/9/16 – 12/18/16. Wait for the Rafflecoptor to load and enter below. Good Luck!