You are here: Home / Entertainment / Movie Reviews / Norm of the North on DVD & Blu-Ray today! + Giveaway

We recently got a pre-release copy of Norm of the North (all opinions are my own). We hadn’t seen it yet and my kids couldn’t wait to watch it so we had a fun family movie night and enjoyed the film. It is a cute movie about a polar bear named Norm and his loyal lemming friends. He goes to great lengths to protect his home and family and it is a fun message for kids of all ages to stand up for what you believe in and to keep trying no matter what. 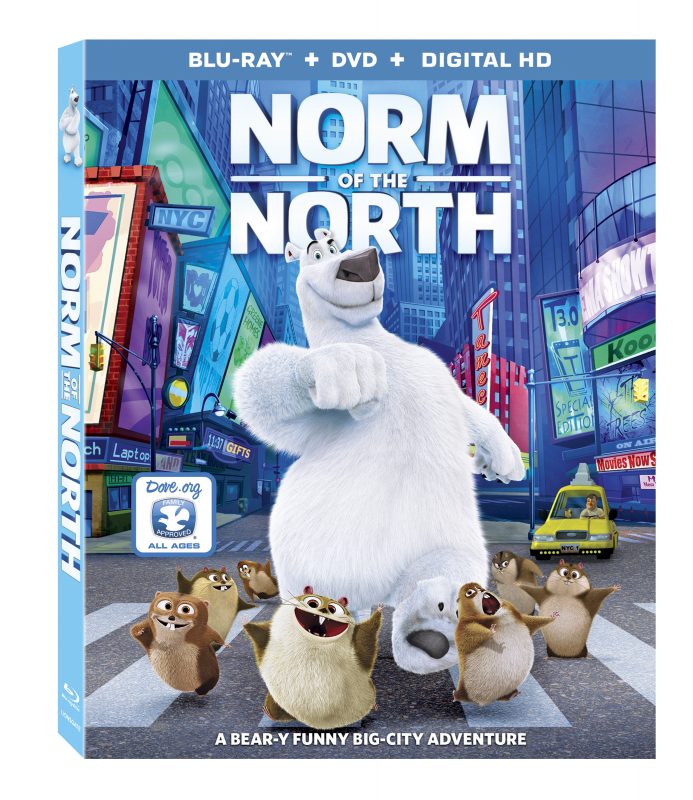 From the Arctic Circle to Times Square, the North Pole Takes on New York City When the Hilarious Animated Family Comedy Arrives on Digital HD March 29 from Lionsgate.

Life can be a real bear—just ask Norm, a polar bear with unusual talents and a heart as big as the great outdoors. When he hears that human homes are going to be built in his Arctic backyard, Norm comes to the rescue. With a team of ragtag lemmings at his side, Norm heads to the concrete jungle of New York City on a freewheeling, fun-filled mission to stop the madness and save the Arctic.

Experience even more exhilarating adventure with special features including deleted scenes, outtakes, “The Arctic Shake” sing-along and a trivia challenge for the whole family to enjoy!

We are excited to offer a giveaway of a Norm of the North combo pack! Giveaway runs from 4/20-4/28. Open to US only. Must be 18 or older to enter. Good Luck!
a Rafflecopter giveaway