You are here: Home / Entertainment / Maze Runner: The Death Cure out on April 24

We received a copy for review. All opinions are my own. The final installment to the Maze Runner trilogy, Maze Runner: The Death Cure, comes out on DVD, Blu-ray and 4K tomorrow (you can already get it on digital)! This movie answers many questions and is a good combination of action and story. From beginning to end you will be on the edge of your seat waiting to see what comes next and with the few slower parts of the movie you may be able to catch your breath before it throws you back in for more.

I LOVE this movie and I felt like they did an amazing job wrapping up the Maze Runner series (even though I think they should make another one…). I was also very excited about the awesome mini-comic book that came with our Blu-ray combo pack! 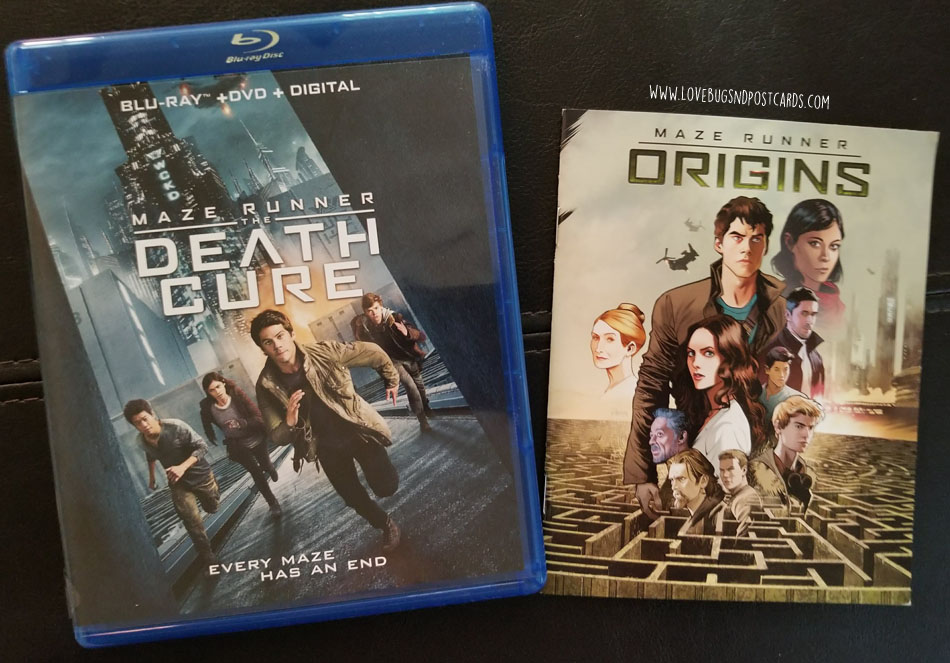 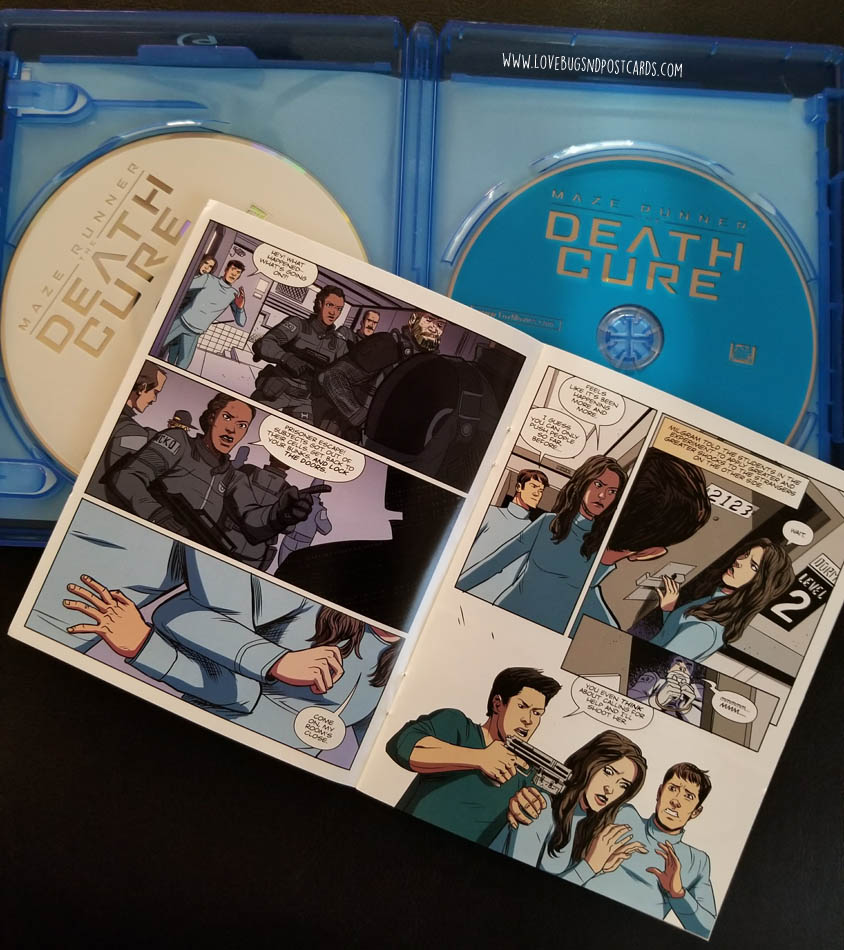 Gladers and fans will be racing to purchase the final installment – based on the popular MAZE RUNNER series this April as Twentieth Century Fox Home Entertainment brings MAZE RUNNER: THE DEATH CURE to Digital on Movies AnywhereTM April 10 and 4K Ultra HD™, Blu-ray™ and DVD April 24. Fans will receive special gifts with purchase and 90 minutes of outstanding special feature content including commentary, deleted scenes, gag reel, and a behind-the-scenes look at the evolution of the cast’s friendships over the years! 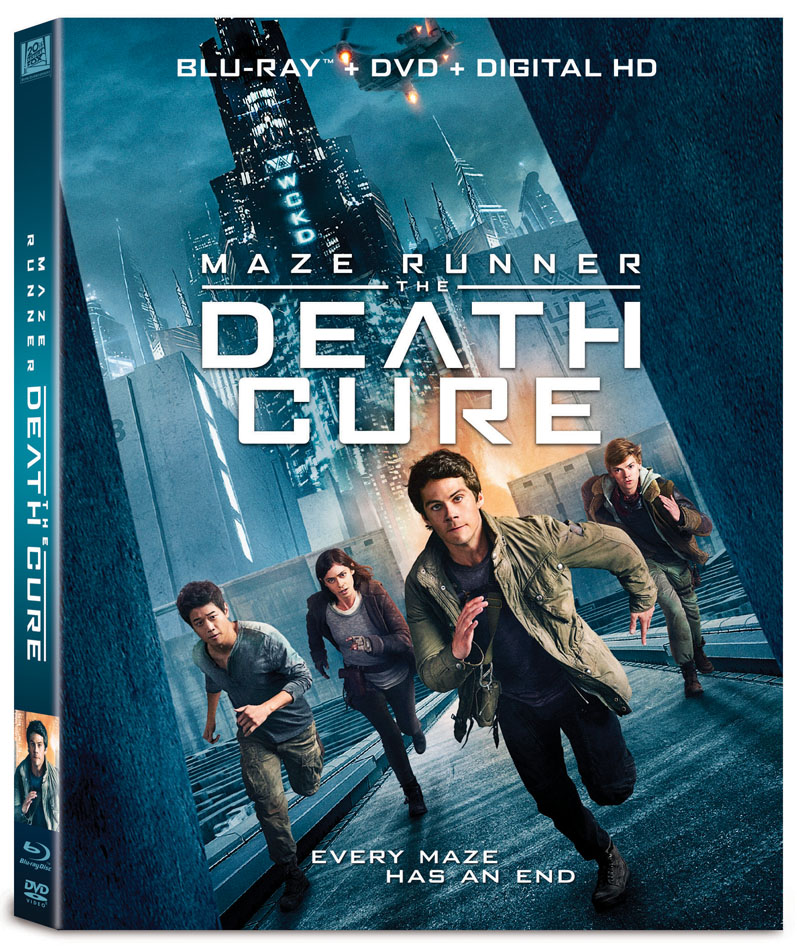 Fans who purchase MAZE RUNNER: THE DEATH CURE on 4K Ultra HD™, Blu-ray™ and DVD will be rewarded with an exclusive 24-page prequel origins comic book written by screenwriter T.S. Nowlin. The trilogy boxset is also releasing April 24 on Blu-ray and DVD and includes the three films in the series and the exclusive comic book. The Blu-ray trilogy will include an exclusive MAZE RUNNER bandana chosen by fans.

In the epic conclusion to the MAZE RUNNER saga, Thomas leads his group of escaped Gladers on their final mission. To save their friends, they must break into the legendary Last City, a WCKD-controlled labyrinth that may turn out to be the deadliest maze of all! Anyone who makes it out alive will get answers to the questions the Gladers have been asking since they first arrived in the maze.

About The Maze Runner Series

In The Maze Runner Thomas (Dylan O’Brien) woke up as he was being delivered to the glade. He had no memory of who he was or why he’d become a member of a community of young people; among them Minho (Ki Hong Lee), lead maze runner; Newt (Thomas Brodie-Sangster), a good friend and advisor, Gally (Will Poulter), a leader and adversary and Teresa (Kaya Scodelario), the only female glader, with whom Thomas may have a potentially dark history. Together they are trapped, surrounded by 200 foot walls and an ever-changing maze.

Bad turns to worse when the gladers finally escape the maze only to discover they are in the middle of a desolate wasteland called The Scorch. In Maze Runner: The Scorch Trials, Thomas and the surviving gladers met new allies while discovering clues about a mysterious group behind all of their “tests” – an organization known as WCKD.

About Maze Runner: The Death Cure

With Maze Runner: The Death Cure the motives of WCKD become clearer: Dr. Ava Paige, WCKD’s executive director is close to what she believes is a cure for the disease known as The Flare, an infection that has decimated the world’s population. But the cure comes by sacrificing the few young people left in the world who are apparently immune. In order to free those who have been rounded up as test subjects, including his friend Minho, Thomas must now band together with fellow survivors, old and new, and take the battle to what may be the last remaining city and the final stronghold of WCKD. He must break into the super-secure WKCD headquarters and try to bring down the organization from the inside.

Action reaches new heights in this mission-oriented third and final segment of The Maze Runner Series. The Wes Ball-directed adaptation of the bestselling James Dashner YA trilogy is a 20th Century Fox production. The screenplay was written by T.S. Nowlin. Producers are Ellen Goldsmith-Vein of The Gotham Group, Wyck Godfrey and Marty Bowen of Temple Hill Productions Joe Hartwick, Jr., Wes Ball, and Lee Stollman. 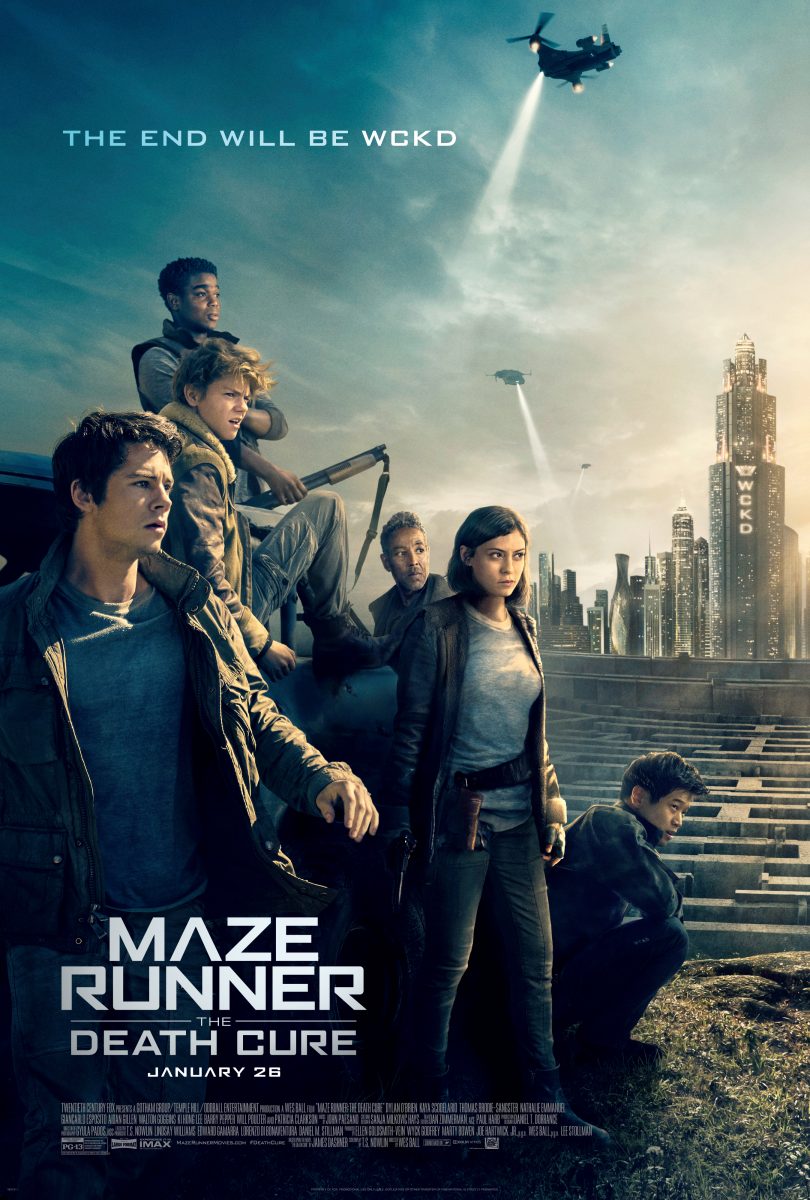 The Lantern Fest in Utah 2018
Next Post: The Boxcar Children – Surprise Island in theaters on May 8th only (+giveaway)