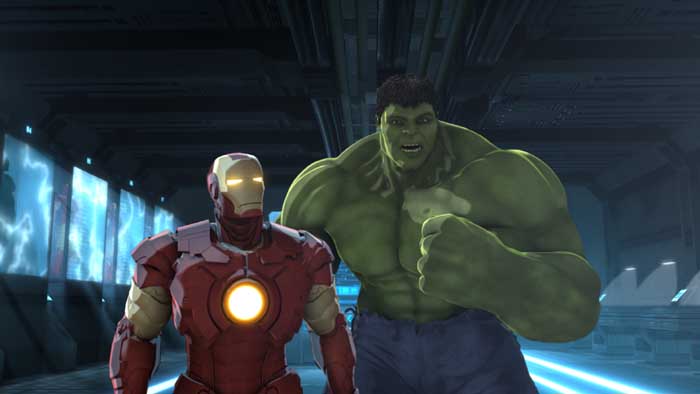 This new movie  is about two if the biggest Heroes from the Marvel Universe teaming up in the first full-length, direct to video CG Animated feature from Marvel Animation Studios. I was actually able to meet Jeph Loeb when we were in LA for the Thor: The Dark World and The Delivery Man Red Carpet Premieres. He is really cool and it was fun to hear him talk about this adventure. We even got a sneak peak and the movie. 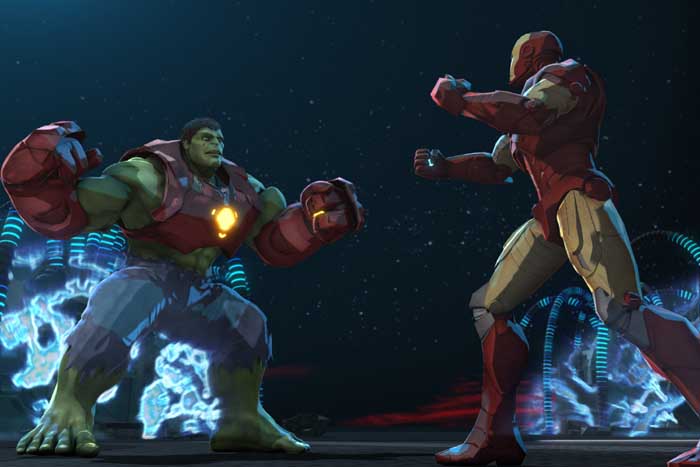 In this action-packed adventure, the invincible Iron Man and the incredible Hulk come together to save the Earth from its greatest threat yet! When two HYDRA scientists try to supercharge a Stark Arc Reactor with Hulk’s Gamma Energy, they unleash a being of pure electricity called the Zzzax – and he’s hungry for destruction. Together, Iron Man and Hulk are the only force that stands in the way of the Zzzax’s planetary blackout. But first the Super Hero duo will have to get through snarling Wendigos, deadly robots and the scaly powerhouse, Abomination. Can two of Marvel’s mightiest Heroes find a way to work together without smashing each other before time runs out? 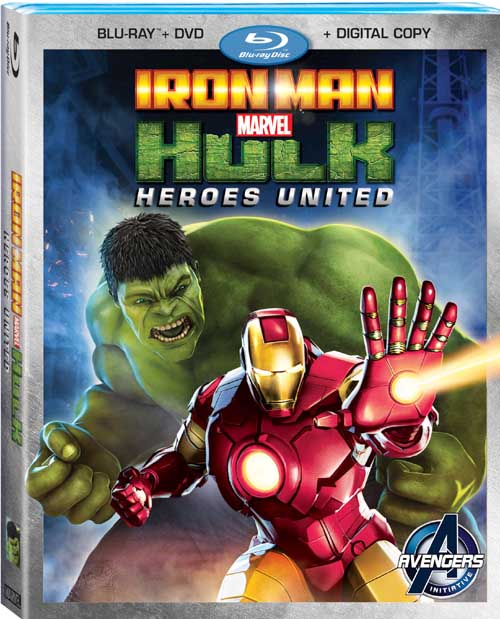 For the team at Marvel Animation Studios, the decision to pair Hulk and Iron Man together for the studio’s first feature-length, direct-to-video adventure, was largely inspired by current fan interest. The film’s Executive Producer and Marvel’s Head of Television Jeph Loeb states, “We tend to keep an eye on who folks want to see more of.”

Marvel’s decision to feature Iron Man followed the enormously popular appearance of the Hero in the “Iron Man” franchise and the blockbuster hit “Marvel’s The Avengers,” which currently stands as the third highest grossing film in U.S. history and the number one release from Walt Disney Studios.

The Hulk’s breakout role in last summer’s “Marvel’s The Avengers,” provided creators with the next Marvel Hero. Loeb attributes the overwhelmingly positive response to Hulk’s appearance in that movie to the fact that its creators finally gave long-time Marvel fans the opportunity to see the character as “a Hero, not a monster.” Loeb assures fans that, with this feature-length animated release, the Marvel Animation Studios team set out to depict Hulk “with that same kind of thought and expectation.”

A Smashing Duo: The Chemistry of Iron Man & Hulk

If the decision to pair these two enormously popular characters made sense on paper, the result is a smashing duo with combustible on-screen chemistry. The secret to this chemistry is, of course, the spark-inducing interactions between two heroes with nothing in common other than a shared capacity for heroism.

Loeb defines the fundamental difference between the two Heroes as follows: “Tony Stark is a man who thinks first and then acts second. He surrounds himself with technology and builds himself a suit of armor and any kind of tool and weapon that he needs. On the other side is his sort of polar opposite, and that’s the Hulk, who acts first and contemplates his actions later. He believes that the best way to handle things is through SMASHING. We’re talking about a character whose tremendous power comes from who he is without any kind of enhancements through technology,” the Executive Producer says.

That’s not to say that these two distinct characters don’t influence each other’s heroic styles during the 72-minute run time of “Marvel’s Iron Man & Hulk: Heroes United.” Loeb assures fans that, during the course of their first feature-length pairing, the two “learn a little from each other and borrow tricks from one another.” Together, Hulk’s brute strength and Iron Man’s high-tech intellect combine to form an ultimate avenging force that’s ready to take on whatever villains – or should we say villain-z – that come their way! 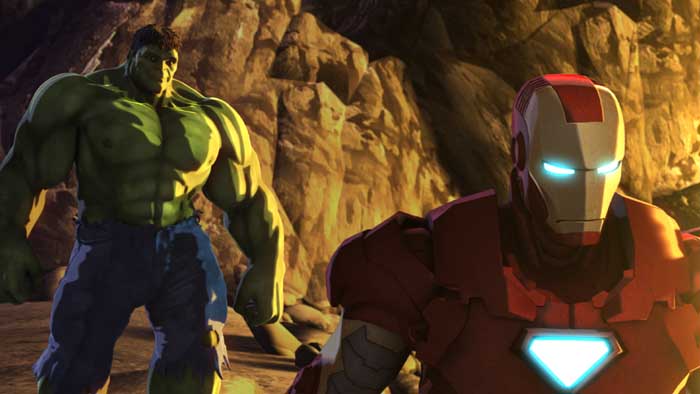 The decision to use CG technology was made after the film’s Supervising Creative Director, Eric Radomski impressed his Marvel teammates with a test demonstrating the effect of combining CG technology with 2D mapping. According to Loeb, “The test that Eric showed us was extremely promising and we green-lit it off that – no gamma pun intended – in order to move forward.”

Loeb expresses enthusiasm for continued use of CG animation going forward. “It’s exciting when we get to use a new kind of format and see where we can go. What we’ve learned from this first experience is going to really show up with some neat stuff in the future as well.” 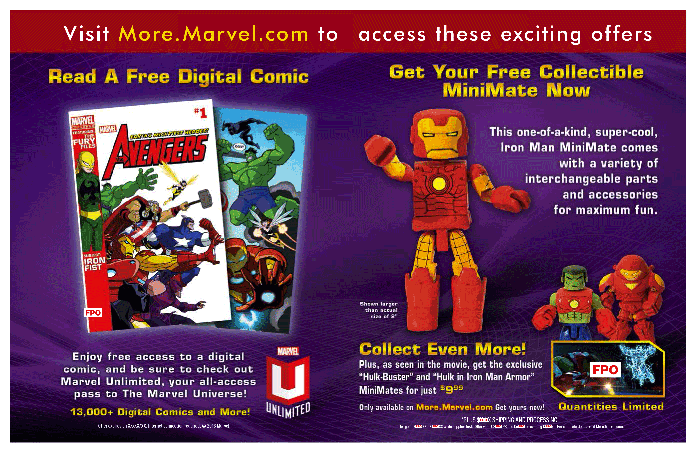 Amidst all the holiday cheer this December, Marvel fans everywhere will be cheering for the blockbuster pairing of two of the most iconic Super Heroes Marvel’s first completely CG-animated feature, “Marvel’s Iron Man & Hulk: Heroes United.”

Executive Producer Jeph Loeb promises fans “a huge epic story with great characters and an awful lot of fun. They’re two of Marvel’s most popular characters going up against great villains. It’s a terrific looking feature. It’s not often we get to do full-length animated projects and this is a 72-minute epic that we know people will not want to rent, but own.”

Loeb also hints at the possibility of a surprise at the end of the movie. “I can tell you that, as Marvel fans know, it’s always worth staying until after the credits and that holds true even on this made-for-DVD.”

“Marvel’s Iron Man and Hulk: Heroes United” is available only on Blu-ray™, DVD and Digital platforms on December 3, 2013.

I thought what I got to see of the movie was great. The animation is very cool and there is a lot of personality in the characters. I know many kids and adults alike will be loving this movie for a long time to come.