We received a copy for review. This did not affect our opinions and they are all ours.

I may be a little partial to this film because I got to cover the Captain America: Civil War event in Los Angeles (read about it here), but Marvel movies have always had my heart, and Captain America has always been at the top of that list. Iron Man is a very close second, so this movie really tore me apart. It is so good, the story line, the plot, the action, cinematography, directing, acting – everything was spectacular. I think that the cast was all-start, the new comer Chadwick Boseman who is introduced as Black Panther, will be in many more Marvel films (including his own Black Panther film) over the years to come. If you haven’t seen the other Marvel movies in a while (or at all) be sure to watch them so you know what is going on. Chris Evans and Robert Downey Jr. do not disappoint. The chemistry is amazing and literally pulls you into the movie leading you on a riveting and heart wrenching journey. Buy this one. You will watch it over and over and over. It IS that good! 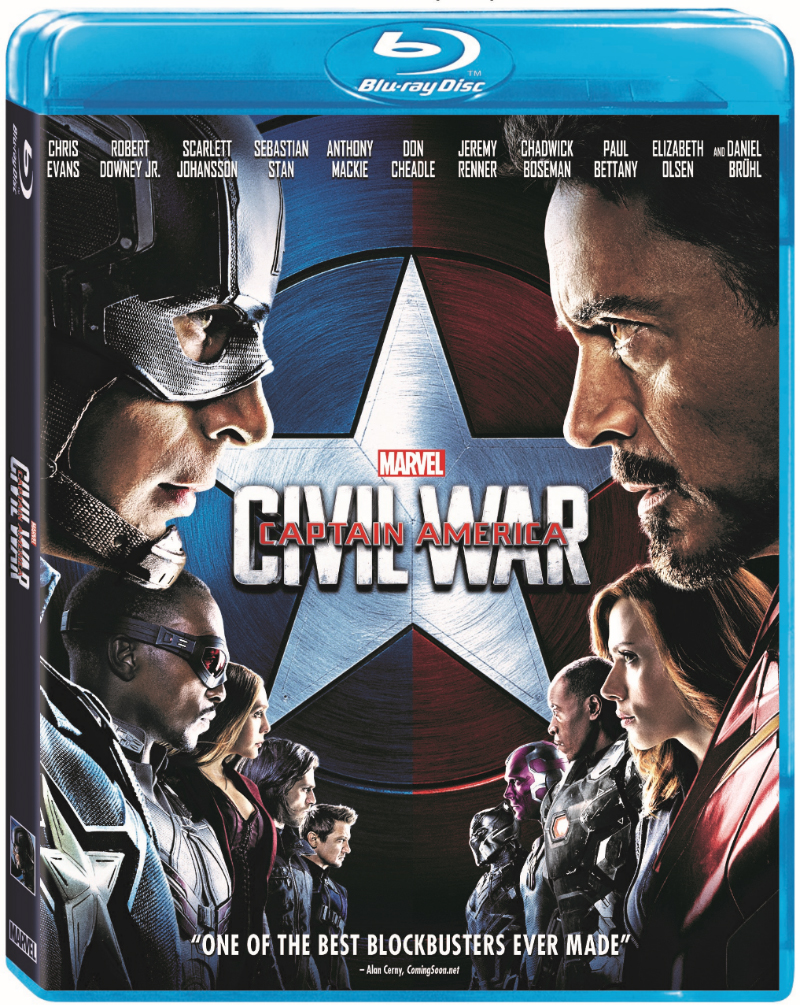 Here is a timeline of the Marvel Movies:

We have all of these movies, and our whole family loves to watch them all the time. My kids are especially into Super Heroes, so we had a lot of fun making Printable Sucker Decorations. We made Captain America Shields and Iron Man Masks that you can cut out, and put on the suckers. 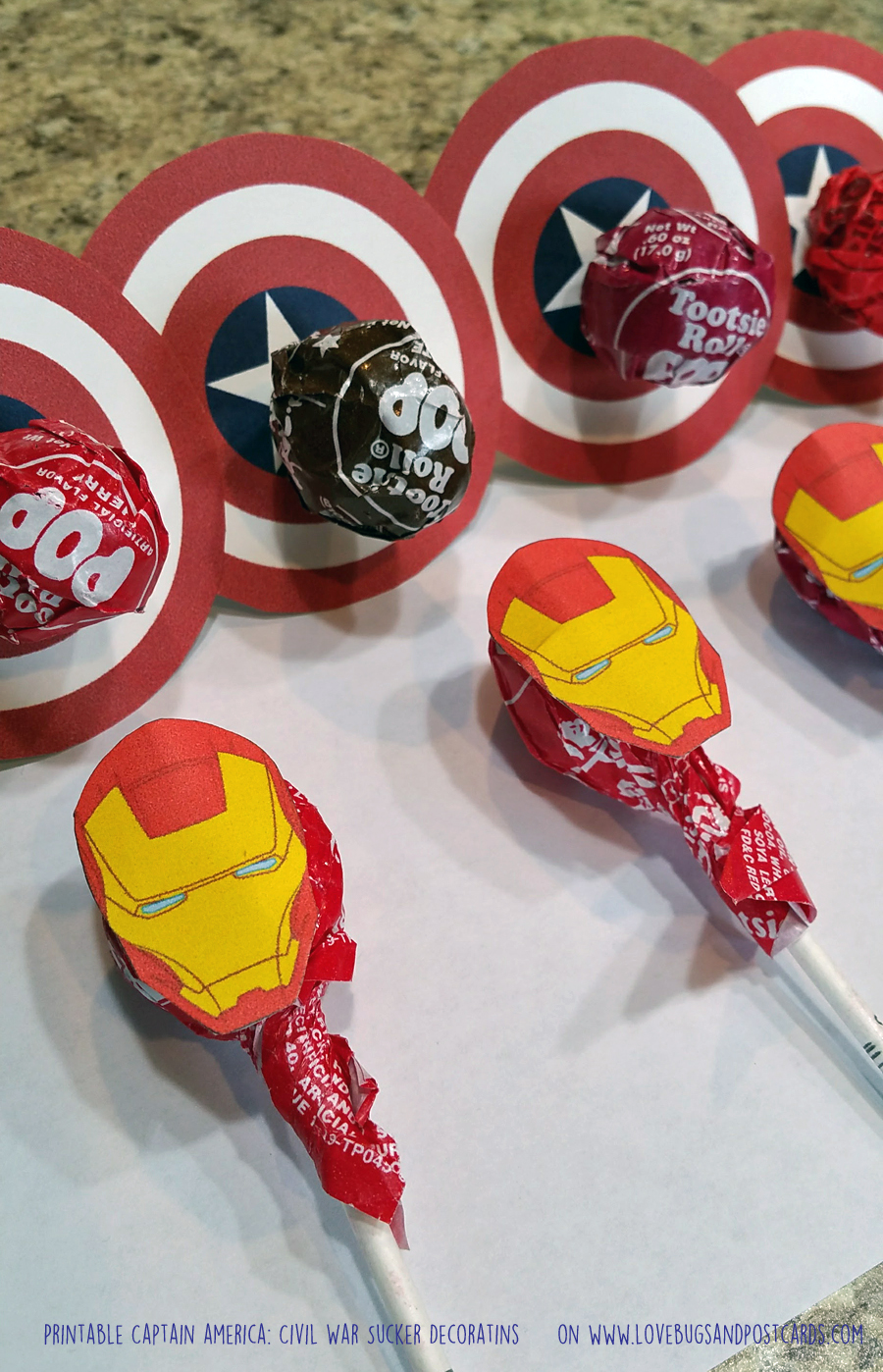 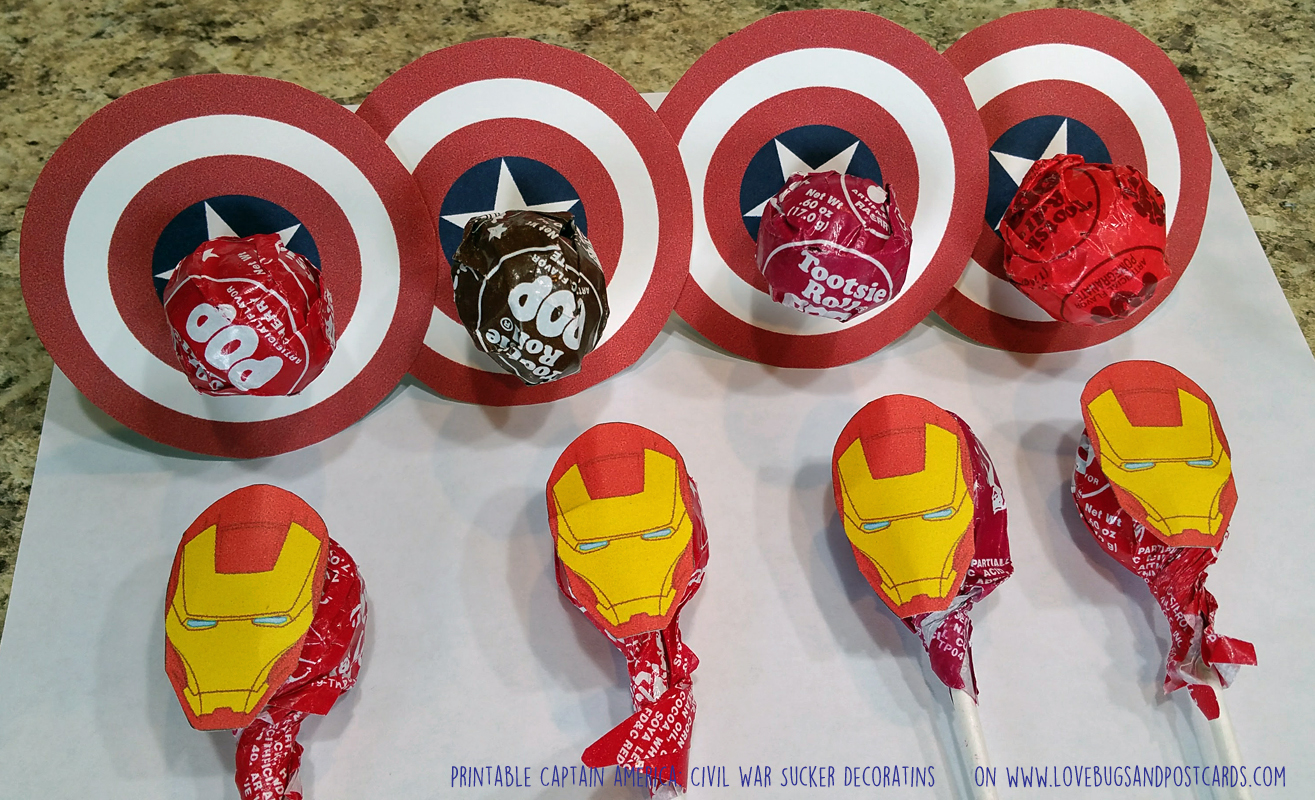 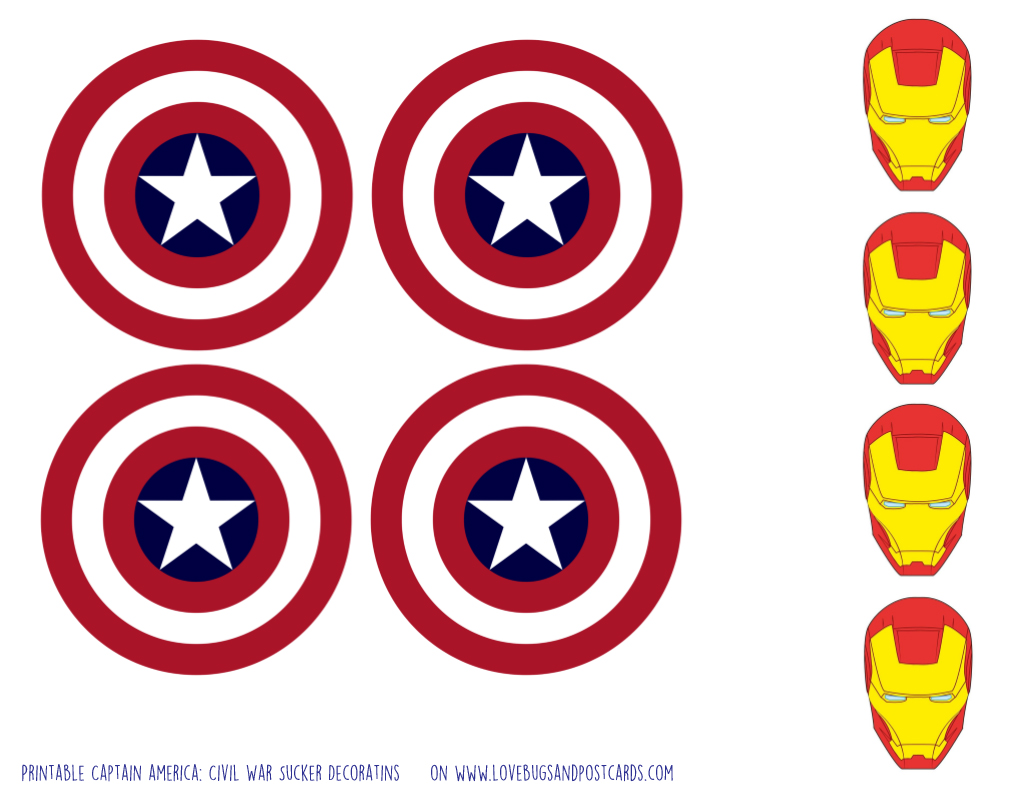 We got the images for these from here and here

Marvel’s Captain America: Civil War has conquered both audiences and critics, debuting to $179.1 million—the fifth-biggest domestic opening of all time. When it arrives early on Digital HD, Digital 3D and Disney Movies Anywhere on Sept. 2 and on Blu-ray™ 3D, Blu-ray, DVD and On-Demand on Sept. 13, viewers can join the nonstop action and pick their side—Team Cap, commanded by Steve Rogers (Chris Evans), or Team Iron Man, led by Tony Stark (Robert Downey Jr.). And don’t miss the 60+ minutes of in-depth bonus features that take viewers behind the battle lines with their favorite Super Heroes! 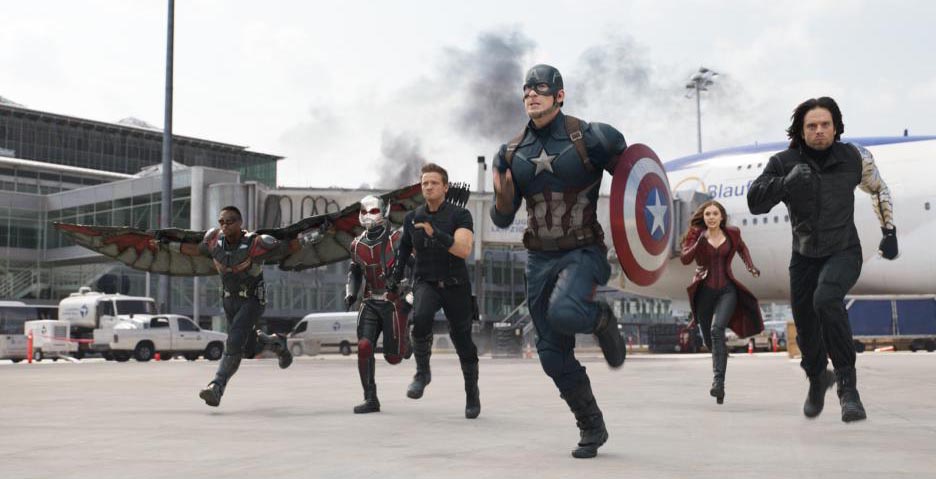 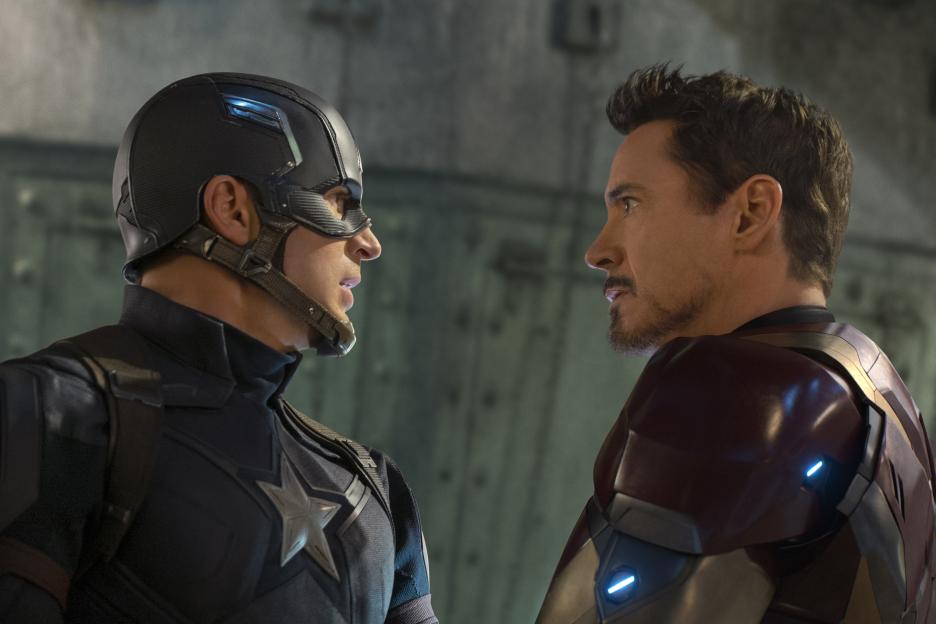 Marvel’s “Captain America: Civil War” has conquered both audiences and critics, debuting to $179.1 million—the fifth-biggest domestic opening of all time—and earning a 90% critics rating on Rotten Tomatoes.  “Captain America: Civil War” is the highest-grossing film of 2016 domestically, internationally and globally, earning more than $1.14 billion at the worldwide box office. It also continues Marvel Studios’ winning streak as the 13thconsecutive film from the Marvel Cinematic Universe (MCU) to debut at #1 at the domestic box office.

More than 60-minutes of thrilling, exclusive bonus material includes: an inside look at the evolution of lead characters Steve Rogers and Tony Stark, a behind-the-scenes exclusive on the making of Marvel’s “Captain America: Civil War,” never-before-seen deleted scenes and hilarious outtakes. Plus, home audiences can learn more about the latest additions to the MCU and get an exclusive, first look at Marvel’s “Doctor Strange,” starring Benedict Cumberbatch, coming to theaters Nov. 4, 2016.

*Bonus features may vary by retailer. The DVD does not include any bonus materials.

The most explosive clash to ever rock the Marvel Cinematic Universe ignites a firestorm of conflict in the game-changing epic, Captain America: Civil War. In the wake of collateral damage, government pressure to rein in the Avengers drives a deep wedge between Captain America (Chris Evans) and Iron Man (Robert Downey Jr.), causing a catastrophic rift that escalates into an all-out feud. Against a backdrop of divided loyalties, their fellow Avengers must deal with the fallout. Pick a side in this spectacular adventure, packed with mind-blowing action, suspense and exclusive bonus content!

Warner Bros. Pictures STORKS in theaters 9/23/16
Next Post: Review of Ringling Bros and Barnum & Bailey “Out of this World” Circus