My favorite Marvel character of all time is Captain America and I can’t wait for Captain America: Civil War to come out in a few months, but until then, there are great things like this 75 Heroic Years show that will air on 1/19/16 on ABC (yay!). If you haven’t seen the trailer for Civil War yet – you can watch it here. 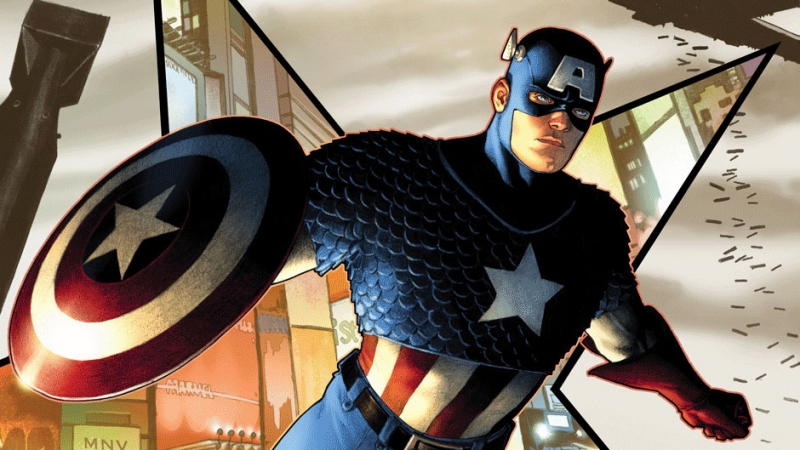 From his first appearance in 1941 through the 75 years that would follow, Captain America has been one of, if not the most, influential comic book characters ever to be created. Take a look back at the history of this beloved Marvel character and see how his influence continues to have impact today in the original special “Marvel’s Captain America: 75 Heroic Years,” airing TUESDAY, JANUARY 19 (8:00-9:00 p.m. EST) on the ABC Television Network.

New York, 1940. A new era on the horizon. Little did the world know then that this decade would shape the course of history in ways never before seen. But two men, who walked those New York streets, a pair of artists and creators, had a strong feeling of what was to come. They were Joe Simon and Jack Kirby, two first-generation Jewish-Americans who believed in their country, believed that the atrocities taking place in Europe needed to be answered, and most importantly, they believed in freedom. And it was an image of freedom that they would create…

Captain America has been the moral compass that has inspired generations to do better and believe in more than themselves. Whether it be leading The Avengers or fighting for his beliefs, even when it meant taking sides against those closest to him during Marvel’s Civil War, “Cap” has been a beacon of light in the Marvel Universe and a central figure in the vast and dynamic world that Marvel fans know and celebrate today.

This special, one-hour event follows the history of Captain America from 1941 to present and explores how the character has been a reflection of the changing times and the world he has existed in throughout the years. Fans will hear from various Marvel luminaries including Stan Lee, Joe Quesada, Clark Gregg, Ming-Na Wen, Chloe Bennet, Jeph Loeb, Louis D’Esposito, Chris Evans and Hayley Atwell, as well as family members of Cap’s creators. “Marvel’s Captain America: 75 Heroic Years” will also unveil an exclusive announcement from Marvel Comics.

“Marvel’s Captain America: 75 Heroic Years” is directed by Zak Knutson and produced by Bow and Arrow Entertainment. Executive producers on the project include Jeph Loeb, Jim Chory, John Cerilli. Harry Go, Matthew Perniciaro, Michael Sherman and Matthew Mandarino. The special will be broadcast in 720 Progressive (720P), ABC’s selected HDTV format with a 5.1 channel surround sound. A TV parental guideline will be assigned closer to the airdate.