I had the amazing opportunity to take my family to the Marvel Universe LIVE! show at the Vivint Smart Home Arena in Salt Lake City, Utah last weekend. Since we are all die-hard Marvel fans, we had been anticipating this show for some time and my kids was SO EXCITED. They dressed up as their favorites and we made sure all of our phones and cameras were charged so we could take lots of cool pictures. This was such a great show and my kids asked when it was coming back so we could go again! lol. We were provided with media tickets in order to do this review. All opinions are 100% my own.

Marvel Universe LIVE! will captivate audiences with an authentic and original story that brings more than 25 Marvel icons together on one awesome quest.  The Cosmic Cube, the source of ultimate power and one of the most feared and coveted treasures in the Marvel Universe, has been shattered into pieces by the Mighty Thor in order to prevent it from falling into the wrong hands. With the pieces scattered across the globe, Thor’s villainous brother Loki devises a scheme to clone its powers, inciting a threat that could not only decimate Earth but also obliterate the Universe.

Feel the energy and excitement with cutting-edge special effects, pyrotechnics, aerial stunts, martial arts, motorcycles and stunning video projections that completely immerse the audience into the epic action and story.  Nearly two years in the making, Marvel Universe LIVE! is being hailed as the most technically advanced and innovative live touring shows ever (in the more than 40 year history of Feld Entertainment). Join Marvel fans of all ages for this once-in-a-lifetime, monumental performance…the fate of the Universe depends on it! 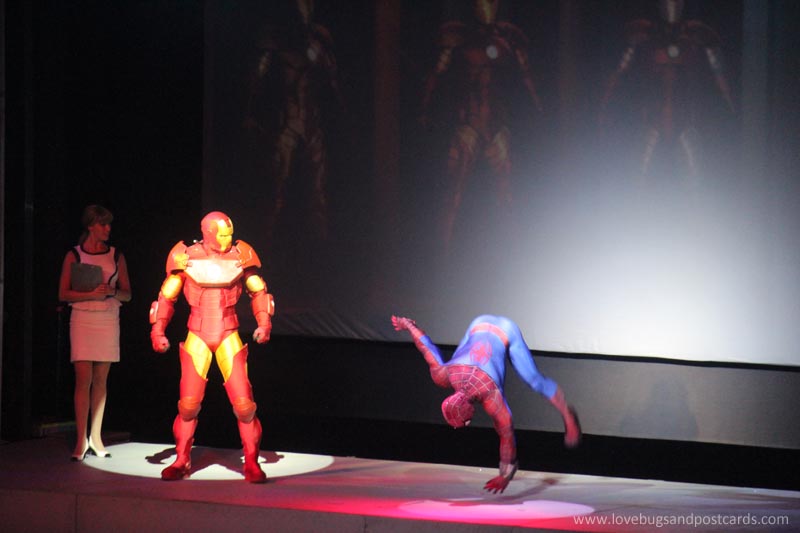 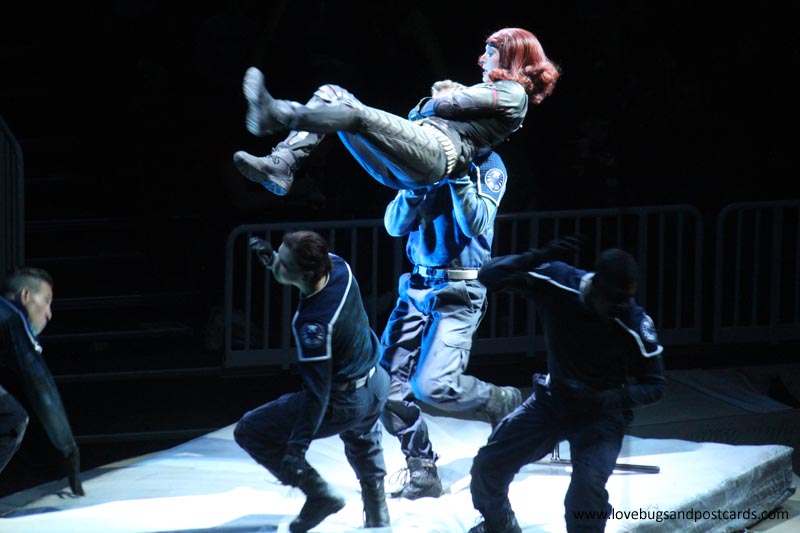 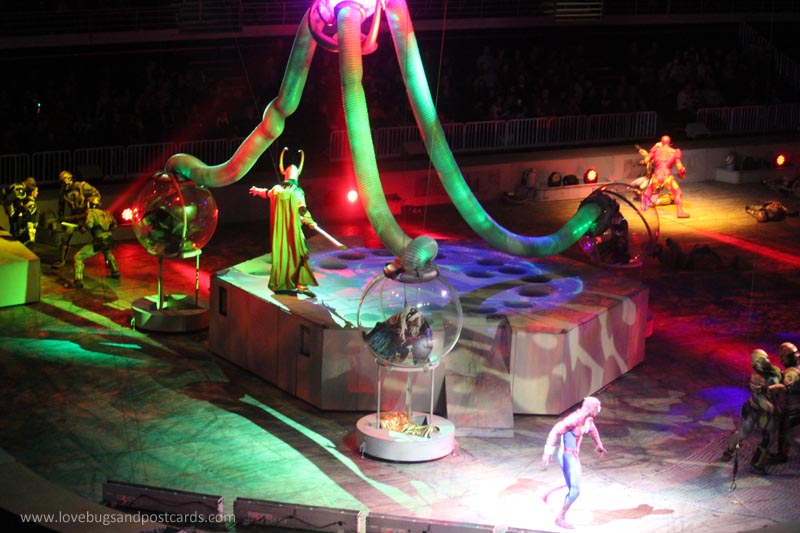 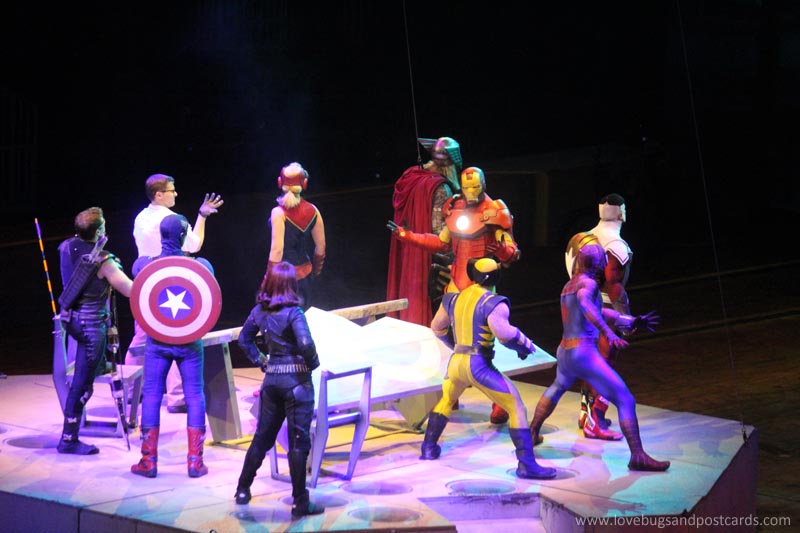 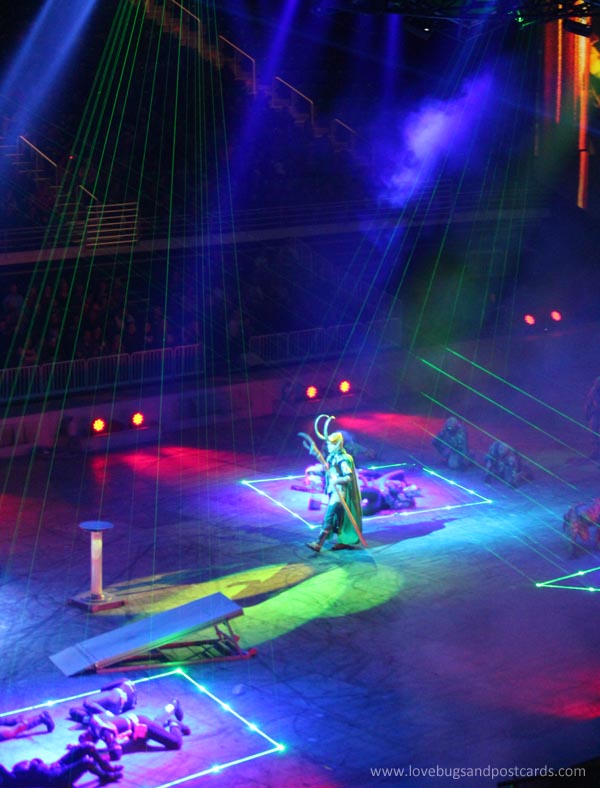 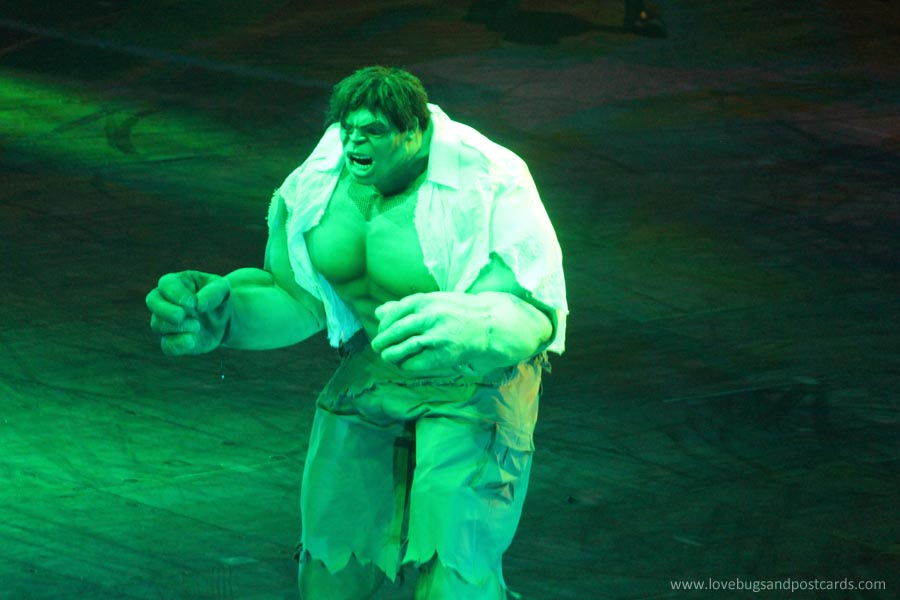 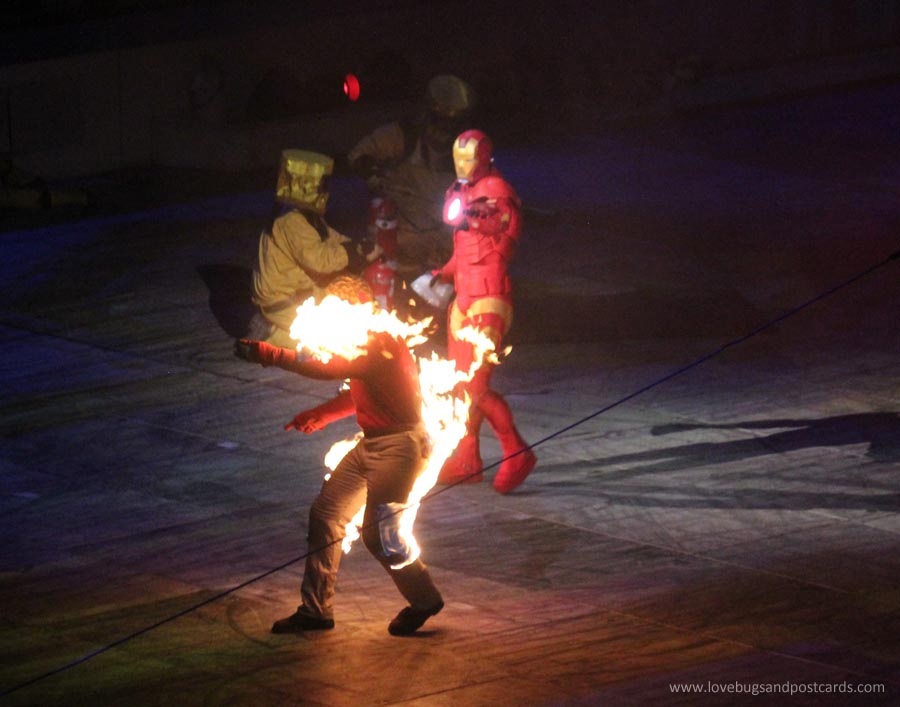 I don’t want to give any spoilers away, but you will see appearances by Iron Man, Spider-Man, Thor, Captain America, Falcon, Black Widow, Hulk, Hawkeye, Captain Marvel,  Wolverine, Storm, Cyclops, Nick Fury and Maria Hill as well as Loki and 10+ other villains! The show was action packed from beginning to end with tons of special effects. The script was great and the characters did an amazing job.

Check out marveluniverselive.com for shows and times at a location near you!

Blaze and the Monster Machines: Rev Up and Roar! on DVD
Next Post: LEGO® NINJAGO™: Masters of Spinjitzu Season 5 on DVD