I took my wife to the Mac King Comedy show at Harrah’s after hearing and reading other reviews that said that it was a must see for all ages. The atmosphere at the showroom in the Harrah hotel and casino was very inviting and appropriate for children. I didn’t have my children with me, but I still wanted to preview something in Vegas that I could possibly take my children too. I expected good magic and good clean humor since other reviewers stated that it was good for all ages. The show itself was pretty funny, and leaned more toward child humor. I saw other kids that were there that appeared to be laughing and enjoying the show, and that was what I was shooting for; something that my kids would enjoy.

Surprisingly I enjoyed it a lot more than I expected to. Mac King incorporated a lot of audience participation which made it fun and the improv humor was fun. He did a trick using a tent and campfire; and by the end of the trick the little girl that was chosen to help, was scared to the point, that he couldn’t finish the trick, and he had to choose another kid to help him finish. The trick wasn’t that scary, although for a small child it was a little startling, and she appeared to be more afraid of what could happen during the trick, as opposed to what did happen. I got the feeling that he never had that happen to him before. It was extremely funny how it threw him off. He was able to turn it into a very humorous and laughable moment for himself and everyone there. 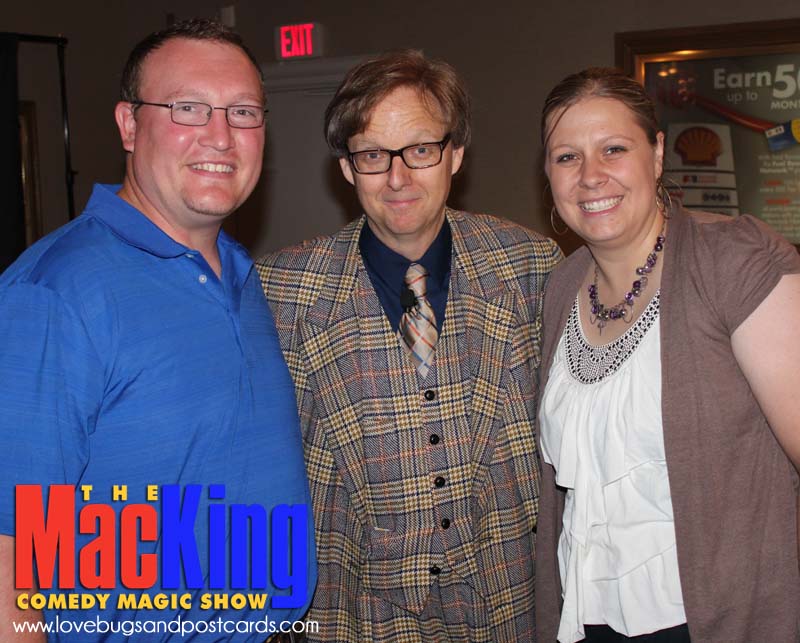 If you attend this performance the magic is top notch, but don’t expect to be WOW’d by extreme pyrotechnics and over the top, how did he do that? Magic! It is a simple, yet enjoyable comedy show with humorous magic incorporated. However, he is extremely good at what he does and you will laugh and have a very good time. I plan on going again next year when I can go back with my kids.

You can learn more about The Mac King Comedy Magic Show at Harrah’s at:

We received complimentary tickets to the show in order to do this review. This did not affect our opinions and they are 100% our own. We only recommend products or services that we believe will be beneficial to our readers.