We love watching LEGO STAR WARS shows. They are fun and the kids love them – and the newest addition Droid Tales, is just as good. It goes back through some of the most momentous moments of the 6 Star Wars movies and it is all told from C3PO’s perspective. It is funny and a great way to get kids into Star Wars if they are not already. We received a pre-release copy and my kids have watched it several times. It is really good! You can pick the DVD up at most major retailers and online at amazon.com. The movie runs for 115 minutes so it would be great for family night – or you can choose to watch the 30 minute episodes one at a time. 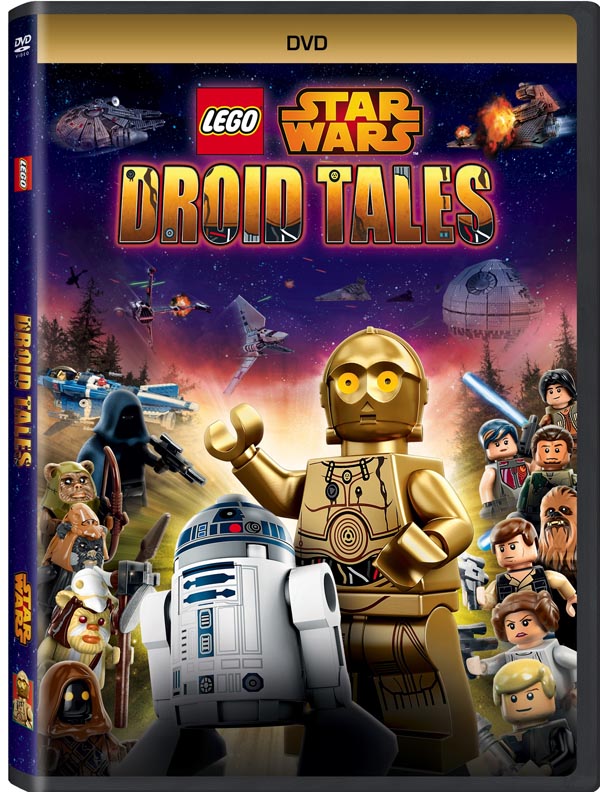 Your Favorite Star Wars Heroes are Back with Five Complete Episodes that Unleash the Lighter Side of the Force in LEGO® STAR WARS: Droid Tales!

The fun begins following the victory celebration in the Ewok village on Endor, at the end of Star Wars: Return of the Jedi. R2-D2 and C-3PO have gathered to regale Luke, Leia, Han, Chewbacca and the other Rebels with the tales of their adventures that led to the events of Star Wars: The Phantom Menace. An accidental kidnapping occurs while the droids are reminiscing, and suddenly you’re taken on a new journey that leads to the retelling of the entire Star Wars saga, as told by R2-D2 and C-3PO! It’s hilarious and playful, packed with all your favorite interlocking characters. LEGO® STAR WARS™: DROID TALES is intergalactic thrills for the whole family!

NEVER DO THAT AGAIN