Aside from having the same name as me 🙂 The Legend of Korra is a great series with a lot of action and fun. Book three is just as good as the other two.

Legend of Korra: Book Three – Change arrives on Blu-ray and DVD just in time for the holidays. Book Three starts with the world entering a new age as Korra discovers that new Airbenders are popping up all over the Earth Kingdom, and she makes it her mission to find them and rebuild the Air Nation.  But when a group of dangerous criminals break out of prison, they have a dangerous mission of their own!  The series was voted as IGN’s Best TV Animated Series in 2012 and was the only animated series on the annual list of iTunes Best TV Shows of 2013. The Legend ofKorra – Book Three: Change Blu-ray and DVD, created by Nickelodeon Home Entertainment and distributed by Paramount Home Media Distribution 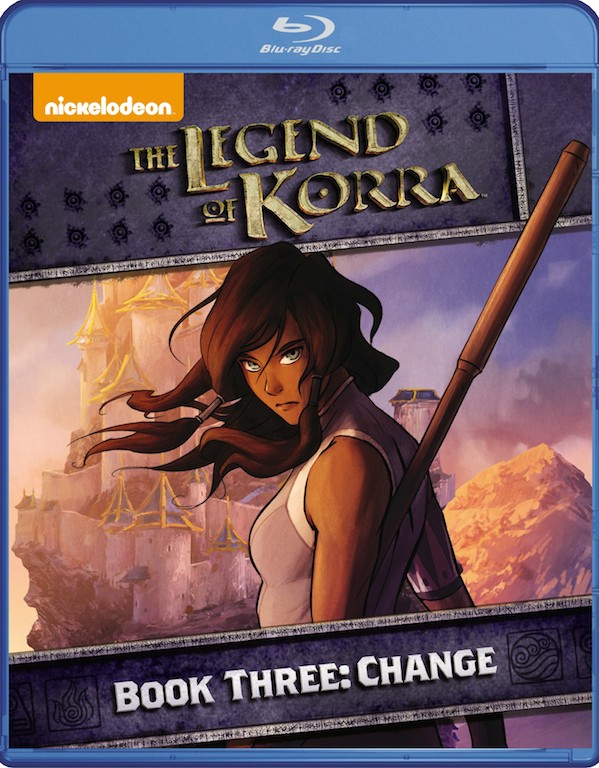 About The Legend of Korra – Book Three: Change:
From the creators of Avatar: The Last Airbender comes an epic series that continues the exciting adventures of element bending. The time of Aang the last Airbender has passed, but the spirit of the Avatar lives on in Korra. In Book One: Air, Avatar Korra struggles to fight an anti-bender movement led by the mysterious masked leader, Amon. In Book Two: Spirits, Korra and Team Avatar embark on a new journey deep into the mythology of the mystical Spirit World to defeat a dark spirit once and for all. Now, as the world enters a new age where Spirit and mankind live together, Book Three: Change, reveals the exciting return of the Airbenders! But while Korra makes it her mission to find them and rebuild the Air Nation, a group of dangerous criminals embark on a mission of their own!

Available on Blu-ray and DVD TODAY

We received a copy of this DVD to review. This did not affect our opinions and they are 100% all our own. We only recommend products and services that we believe will be beneficial to our readers.