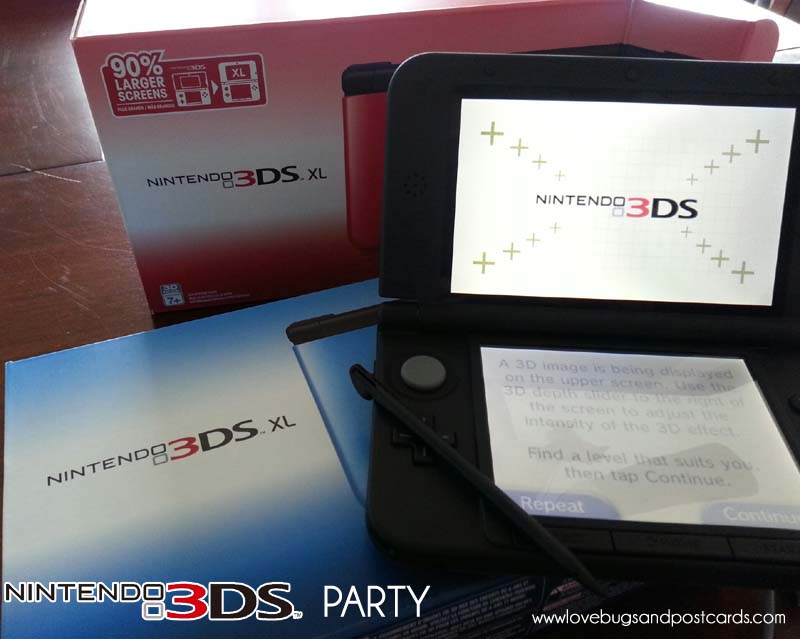 A few days ago I was able to host a fun Game Night at my house sponsored by Nintendo. We were able to play on the Nintendo 3DS XL and explore the fun and engaging games Tomodachi Life and Animal Crossing™: New Leaf. Our kids have never played a Nintendo 3DS before, we hadn’t really either, but we have played many other systems like the NES, SNES, N64, Game Cube, Wii and Wii U. They also know how to use hand held devices from playing games on our phones and tablets. I got the devices a few days before the party and kept them hidden. While my girls were at school I got them out and charged them and downloaded the games. 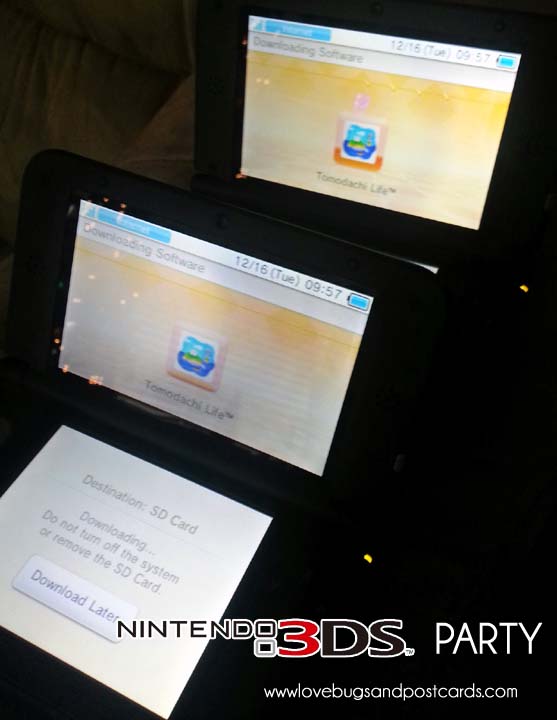 We had a bunch of my daughters’ friends come over and we had a bunch of yummy snacks. After we got everyone seated around the table we brought out the two 3DS consoles and surprised the girls with them. They were all so excited, with many pleas of “I want one of those”. They took the Nintendo 3DS XL‘s from me before I could even blink and I didn’t get them back for hours. My girls and their friends had a great time playing them and found a lot of cool features that I didn’t even know about. 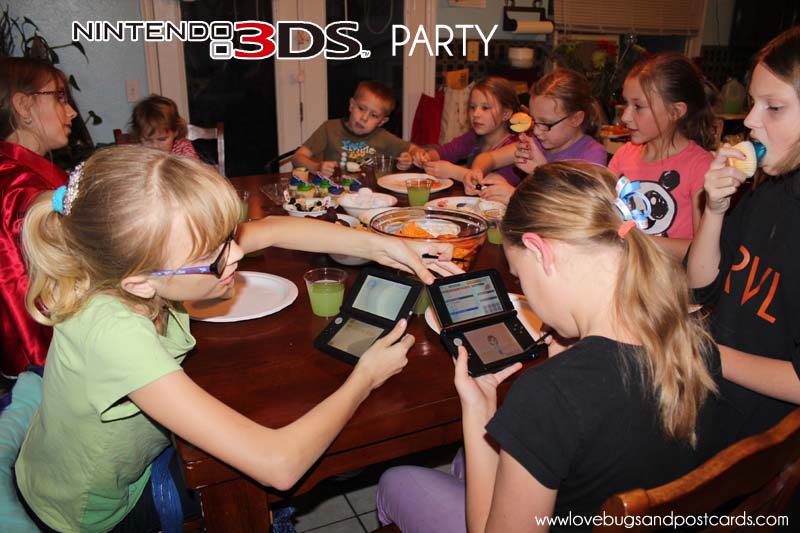 They setup the Tomodachi Life game, creating their Mii’s and customizing them to look like themselves. Once they got the Mii’s setup they were able to start playing. They fell in love with this game and each girl spent time exploring and getting to know every little detail. I love the dual screens and how much more interactive it makes the games. I played Animal Crossing™Game Cube several years ago and my girls remembering me playing is all this time, and now that we have it on the Nintendo 3DS they have enjoyed playing it as well and getting to know the game. Even my 5 year old loves this game. 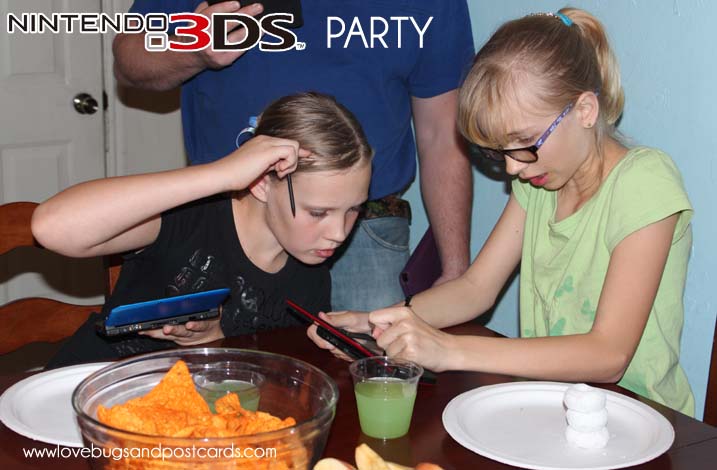 There are some fun built in games like the AR Games, Face Raiders, Dinosaur Office and SwapNote. There are also fun features like the Mii Maker, Sounds, Pictures, and more! There is a Nintendo e-shop where you can go online and buy games like the original Mario Bros., Excite Bike, Dr, Mario, Metroid and more! There is also a great selection of new games that you can download as well, for about the same price or cheaper than in the store. These are all available in the Nintendo eShop. 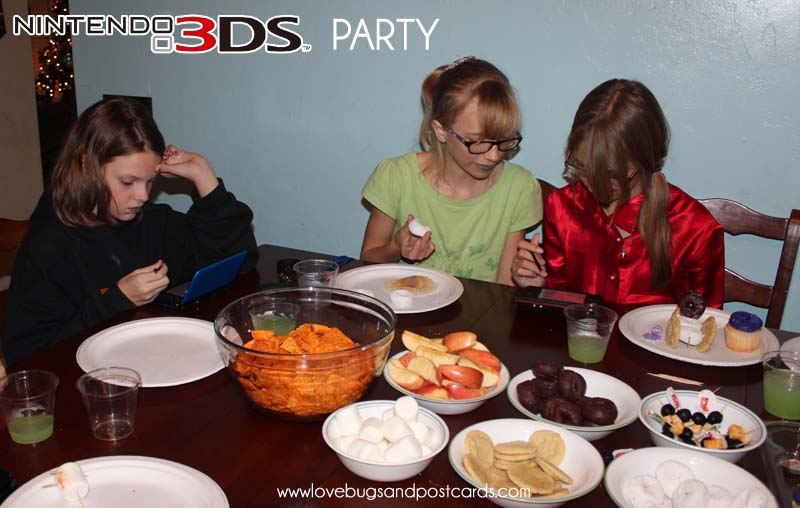 The Nintendo 3DS Party was a huge success! They enjoyed snacking and playing games, talking about how cool the systems were, and making wish lists. I loved that there were stylus’ that come with each device because it kept the screens cleaner and it is more accurate. We have since bought snap on cases and that helps me feel better about the kids handling them. We have bought a few games as well (my hubby is excited about Zelda) and I can’t wait to play Animal Crossing™: New Leaf and the new Mario World game. The Nintendo 3DS is great for the whole family and we are excited to have them. 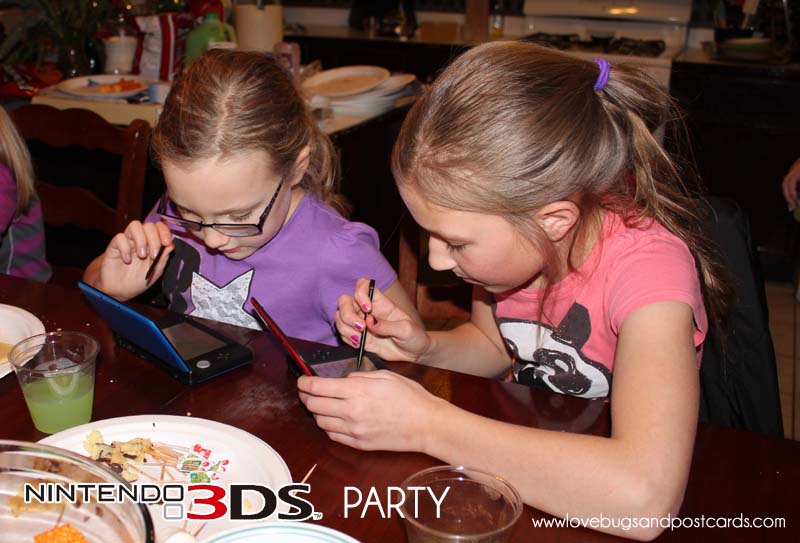 The Nintendo 3DS XL has a lot of amazing features – but the 3D is REALLY COOL! I love how it looks. The screen really pops out at you and makes the games even more interactive. I also love that you can adjust it or even turn it off if you don’t want it on. 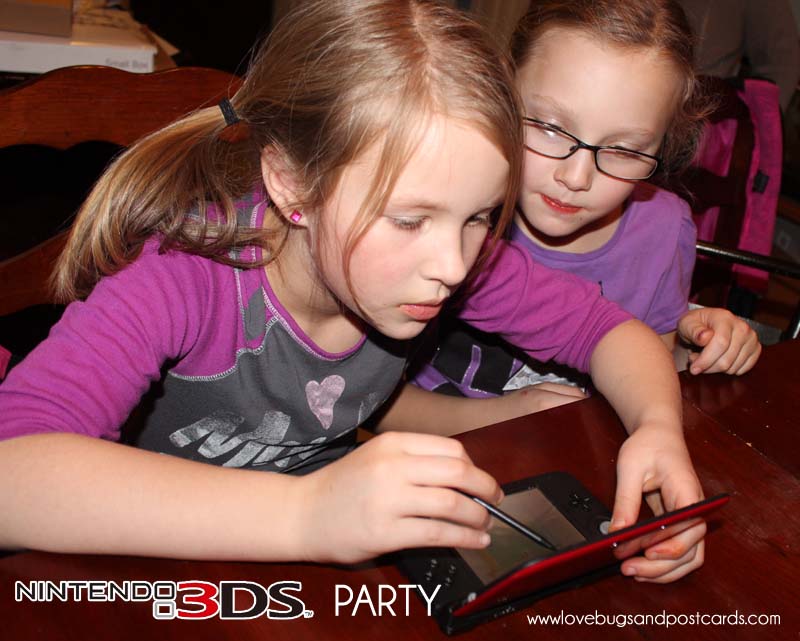 We noticed that the machines last for several hours after they are fully charged. When you close the screen it goes to standby – or you can completely power it off with the power button. There is a Circle Pad (thumb-stick control circle), as well as the 4 directional pad and four buttons (A, B, X, and Y as a tradition controller). There is a mic and a front and rear facing camera. There is a slider on the right side for the 3D control and a slider on the left side for the volume control. The system lays completely flat which I love as well, and it “clicks” into place in three different positions.  It also comes with a 4 GB SD memory card, and holds up to 32 GB. I love that it has wi-fi as well. It makes downloading and playing so much more fun. 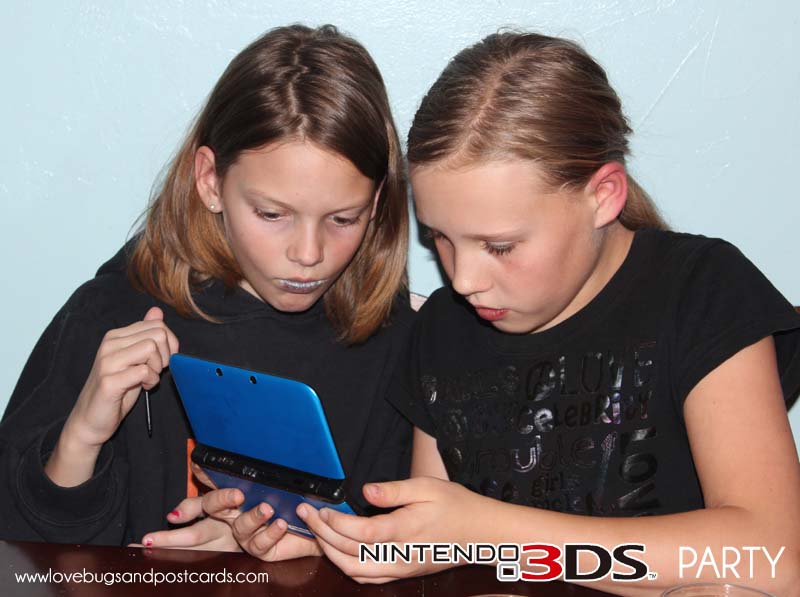 It doesn’t matter if your kids love to play games or if it something they are just getting into, I think they will love the Nintendo 3DS. It is a fun gaming machine packed with features and there are a ton of games available in-store and online, as well as through the Nintendo eShop. My kids have loved playing with it and I know that it will be something that they continue to play with for many years to come. It is made well and I love the quality – which is no less than you would expect from Nintendo! The Nintendo 3DS XL is the perfect gift for any age.

I was selected for this opportunity as a member of Clever Girls and the content and opinions expressed here are all my own.