I was lucky enough to be able to meet the Director Josh Cooley & Producer Mark Nielsen of the new Pixar short “Riley’s First Date?” on my trip to San Francisco. We previewed the new short (which is AWESOME!!!) and then we were able to interview them about it. We learned a lot of fun things that I can’t wait to share with you today! If you haven’t gotten it yet – be sure to head out and pick up your copy of Inside Out on DVD or Blu-Ray. It is so good – and it also has the new Pixar short “Riley’s First Date?” which you will love. Here is a preview of it:

After watching the short, Josh and Mark let us spend some time with them asking questions about the film. Of course the first thing on our minds was if they knew they were going to be doing short as they were making the movie or after it was done. Josh told us “I came up with the idea while, while working on the film because I was working on the film for almost 4 plus years.”  We wanted to know how he came up with the idea – it is so funny and perfect really, and I wanted to know more about how the idea came around. Mark told us “Toward the end of production Pete and Jonas started thinking about doing a short film for the DVD and they Josh to really start thinking about it and come up with some ideas. So he came up with a few different ideas and pitched those to Pete and Jonas.” Josh added “And this [Riley’s First Date?] is one they liked the best”. Another question that I always love to know is how long it took to make. Mark told us “I think it took us probably about 10 months from when Josh first pitched to–both to Pete and Jonas and then also to John Lasseter, who is our Executive Producer on the film, to the time that we had our final sound mix up at Sky Walker Ranch.  About 10 months.” It’s crazy to think about a short film that runs for about 4 minutes to have taken 10 months to make. It looks amazing and is really funny – and leaves you wanting more fun this fun family and their emotions. 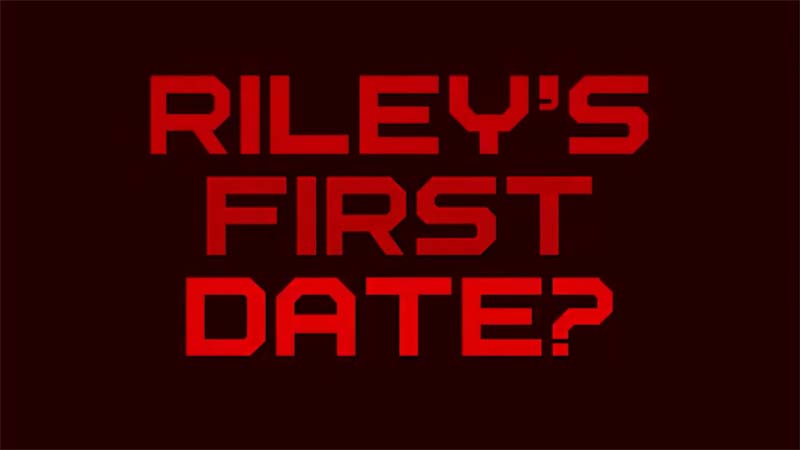 Because the film is a little about Riley’s dad and Jordan [Riley’s friend] before Jordan and Riley leave, we can see the protective father coming out. We wanted to know if Josh and Mark had daughters of their own that they can relate to this. They both confirmed that they did. So we wanted to know did this come from being the protective father? Josh answered “Absolutely.  First we had the idea for the kid at the end of the movie. We wanted to go into a boys head at the very end. We always knew that was kind of like you know we’d been crying for 20 minutes so let’s think of something happy. So we had that as a joke and I always loved that character and was like I wanna’ see more of that.  And then you know all of us have daughters.  The Director, the co-Director, the Editor.  All of us have daughters and so we would just talk.  We were trying to write a story about Riley, you just naturally talk about your own experiences.  I was talking about my daughter who was about 4 or 5 at the time and how she was acting crazy. Our Editor who has daughters that are in college or actually out of college said, “Oh you have nothing to worry about until she brings home the first boy.” And I just the thought of that…I never even thought of that ever being a possibility.  And I mean it was coming eventually, but that’s kind of where the seeds of this idea came from. It’s just my head going like, “Oh my Gosh.” 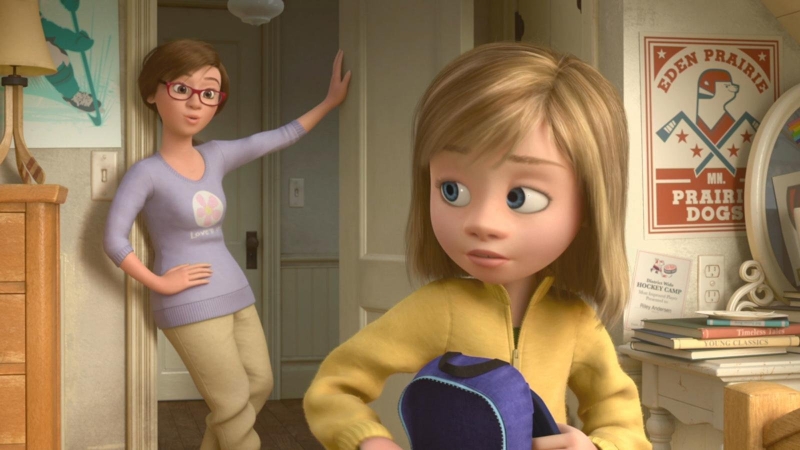 Since music is a bigger part of this short, we wanted to know why they chose AC/DC.  Mark told us “We did go down a lot of roads with music and we tried a lot different bands and a lot of songs.  I think we really wanted to settle on something that was iconic.  It also had to be something that both Jordan as a kid can be into and could be familiar with as well as the Dad.” Josh added “I just saw AC/DC on Monday and they’re amazing– still.  They’re still doing it.” I wanted to know if either of them had a musical background so I asked if either of them were in bands or play instruments? Josh and Mark both played – Mark played the trumpet in marching band and Josh’s mom was a music teacher. Josh told us “growing up it was just music, new music.  I did play string bass and viola and orchestra and jazz band.  And then I had played guitar and drums and stuff like that. So actually this kind of came out of when I met my father-in-law for the first time I had this kind of awkward like you know, “Hi I love your daughter” kind of a thing.  And the thing we connected on was music.  And so I used that. That was like to my own experience, so it’s in the film.” I love how they take personal experiences and weave them into the story. It really makes it great and everyone can relate to it because many of us have had similar experiences. 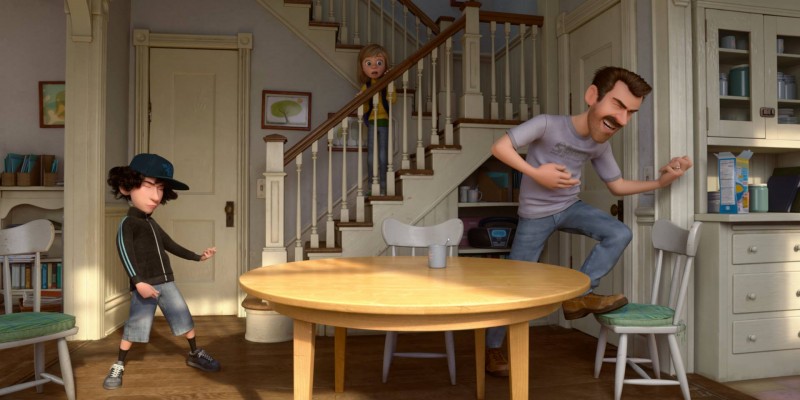 Some fun things they talked about: 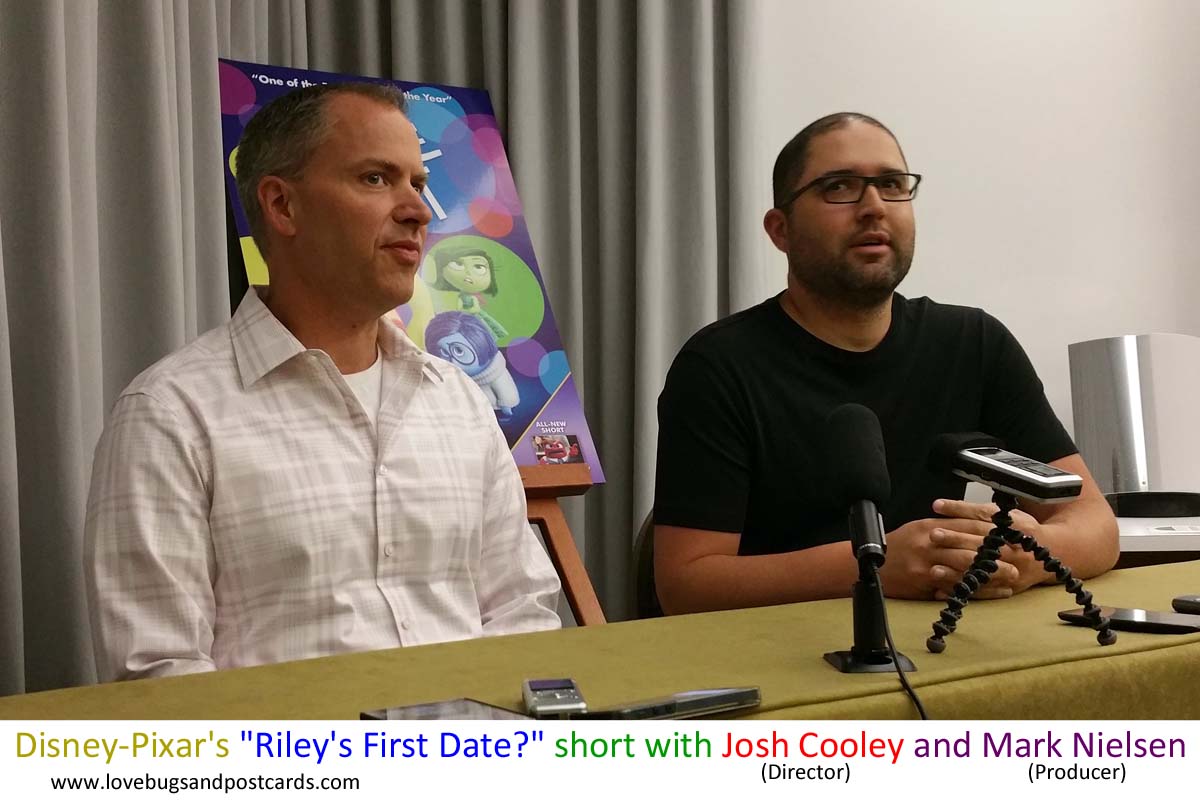 There was a lot more that was talked about and it was really fun to learn it all – to finish up the interview we wanted to know what they were working on now. Josh tells us “I’m um working on a small independent film called Toy Story 4.” and then laughs – we all laughed. It was funny. Josh is the Co-Director for Toy Story 4, with John Lasseter, so that will keep him busy for a while. Mark tells us he is “working on a future Pixar feature film that I am not allowed to talk about at this time.” which we all wonder about. I love PIXAR and can’t wait to see what the next few years brings. They are better than ever with their technology and graphics and it really shows in their film’s the quality of work they do.

The Inside Out Blu-Ray and DVD is out! Be sure to head out and get your copy for a fun family night!