You are here: Home / Entertainment / DISNEY ON ICE presents PASSPORT TO ADVENTURE Hosts a Free Adventure for Children at The Gateway Mall on 11/6 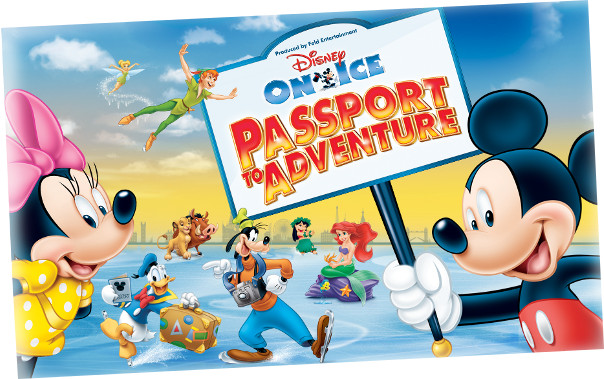 Join Disney at the The Gateway Mall and volunteers from Art Access, the Salt Lake County Library and Virginia Tanner Dance for the Disney On Ice presents Passport to Adventure free event in the Grand Hall. The event will help bring the magic of Disney to Utah children and their families. Upon arrival, children will receive a special Disney passport that will guide them through four activity stations representing Africa (The Lion King), Never Never Land (Peter Pan), Under the Sea (The Little Mermaid) and Hawaii (Lilo & Stitch) – the four magical Disney destinations featured in Passport to Adventure. The stations will feature educational activities, crafts, prizes and volunteers from the community to help the kids experience these Disney worlds. Following the adventure tour, children are invited to have their photo taken with a special surprise Disney character guest!

Disney On Ice presents Passport to Adventure features an international team of award-winning figure skaters, high-energy choreography and a colorful set that transports audiences straight from their seats into the enchanting worlds of Disney’s The Lion King, The Little Mermaid, Peter Pan and Lilo & Stitch in this sightseeing spectacular created for the entire family!

RELATED  Obama passes Monsanto bill - why you should be worried and what you can do!

Disney On Ice presents Passport to Adventure performing at EnergySolutions Arena from November 6–10. Tickets are available at the EnergySolutions Box Office, select Smith’s Grocery locations, by phone at 801-355-SEAT or 800-888-TIXX and online at www.smithstix.com or www.energysolutionsarena.com.

About Feld Entertainment – Feld Entertainment is the worldwide leader in producing and presenting live touring family entertainment experiences that lift the human spirit and create indelible memories, with 30 million people in attendance at its shows each year. Feld Entertainment’s productions have appeared in more than 70 countries on six continents and include Ringling Bros. and Barnum & Bailey®, Feld Motor Sports, Disney On Ice and Disney Live! plus the upcoming Marvel Universe Live.