Our family love super heroes. Since three of my four kids are girls, I am always looking for female influences for them. This movie showcases 7 great female superheroes that are rock stars and my girls love watching this movie. It is a fun movie about the DC Super Hero Girls as they go up against Dark Opal. They have to combine their strengths and help each other in order to overcome the darkness before everyone at the school is in trouble. 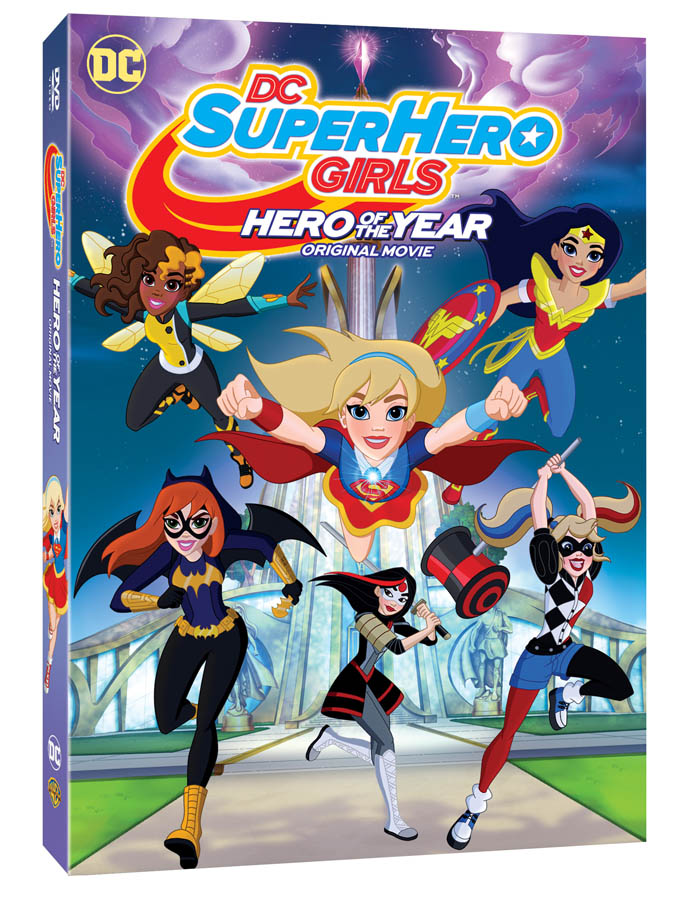 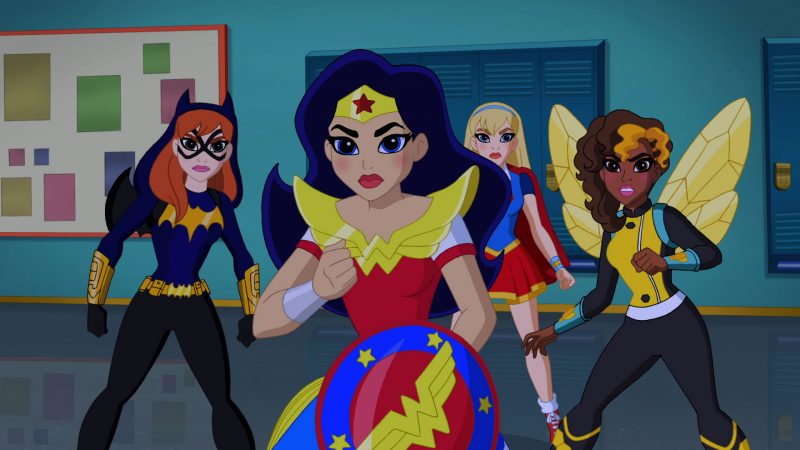 Where can you find the most powerful and prominent Super Teens in the galaxy? Super Hero High of course! Wonder Woman, Supergirl, Batgirl, Harley Quinn, Bumblebee, Poison Ivy and Katana band together to navigate the twists and turns of high school in DC Super Hero Girls: Hero of the Year. Produced by Warner Bros. Animation and DC Entertainment. Move over boys! It’s time for the girls to take flight in this all-new ground-breaking franchise.

As the students compete for the annual Hero of the Year prize, the ominous Dark Opal and his mysterious partner-in-crime target the girls and the school in their plot to rule the universe. Join the DC Super Hero Girls as they discover that the real power lies within each and every one of us!

These young Super Heroes discover unique abilities, develop powers, and combat an abundance of overwhelming, exciting and awkward moments to master the fundamentals of being a hero – one day at a time! The group includes:

Together, these seven fearless Super Heroes prove that we all have the power to make the world a better place – even while school is in session!

Girls around the world now have their very own Super Hero world to play, watch, read and be inspired! To further bring this all-new universe to life, DC Super Hero Girls animated shorts and TV specials will continue to release over the next year, allowing girls 6-12 to continue reaching their full potential alongside these superstars. Additionally, Warner Bros. Consumer Products and DC Entertainment, in partnership with Mattel, have brought the DC Super Hero Girls to life, beyond the animated shorts and website, with the first-ever line of 12-inch Action Dolls, 6-inch Action Figures, as well as role play and playsets now available exclusively at Target in the U.S., along with other product, including apparel, accessories, publishing and more. The DC Super Hero Girls global merchandise program will hit retail worldwide, beginning in July 2016, offering a wide range of product to fans around the world. Random House and DC Comics are also releasing an exciting array of DC Super Hero Girls books and graphic novels. Fans can discover more at DCSuperHeroGirls.com and through dedicated social media platforms, including YouTube, Facebook and Instagram.

Watch the trailer for

“Warner Bros. Home Entertainment is thrilled to team with DC Entertainment to release DC Super Hero Girls: Hero of the Year on DVD,” said Mary Ellen Thomas, WBHE Vice President, Family & Animation Marketing. “We’re excited to bring DC Super Hero Girls to life and create an immersive world to help inspire young women like never before. These characters were developed with girls 6-12 in mind and will deliver epic story lines featuring strong females. It truly embraces and celebrates girls as they discover their own unique abilities.”

Dealing with motion sickness in children
Next Post: Disney’s The Jungle Book on Blu-ray + Activities #JungleBook