We had been counting down the days until we could go see Big Hero 6. My kids watched all of the trailers and special features on Disney and found out everything they could about the movie and when it was finally time to see it they were glued to the screen. For those 2 hours – they hardly moved. The movie was that good – even my 3 year old was enthralled the whole time.

The movie was so good. One of my favorite Disney movies yet – and that is saying A LOT! The handshake between Hiro and Baymax is one of our favorite parts of the movie – we laughed for hours over that and I know we will be doing it for weeks to come. The movie has a great lesson behind it. Through trial and hardship we can overcome our sorrows and do great things to help others. The movie make you cry, laugh, pull a “gross” face, laugh more, grab the arm rests a little, laugh again and smile. It was truly a movie everyone needs to see. You will fall in love  with them just like we have. 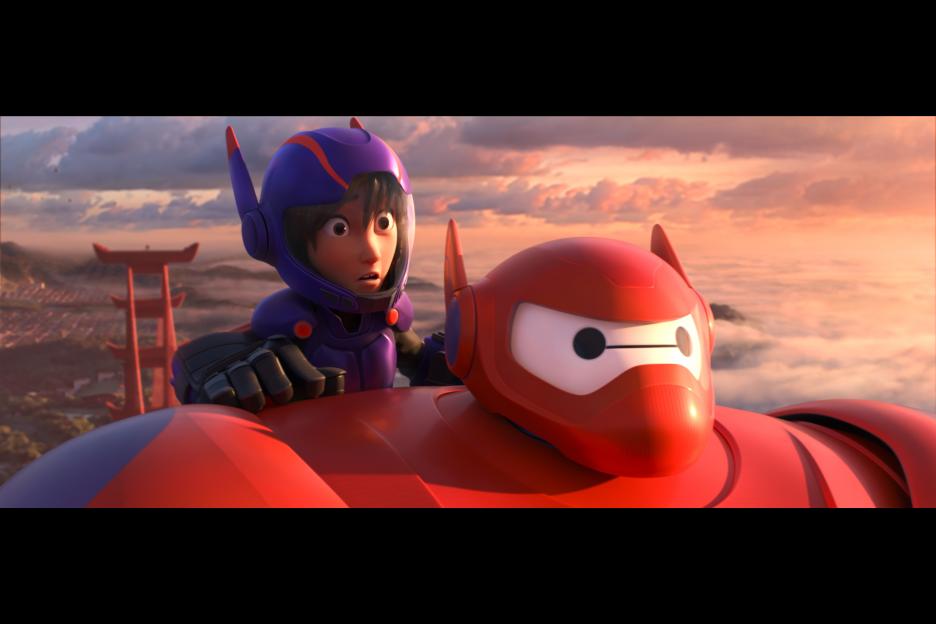 Here is more about the movie:

From Walt Disney Animation Studios, the team behind “Frozen” and “Wreck-It Ralph,” comes “Big Hero 6,” an action-packed comedy-adventure about the special bond that develops between Baymax (voice of Scott Adsit), a plus-sized inflatable robot, and prodigy Hiro Hamada (voice of Ryan Potter). When a devastating event befalls the city of San Fransokyo and catapults Hiro into the midst of danger, he turns to Baymax and his close friends adrenaline junkie Go Go Tomago (voice of Jamie Chung), neatnik Wasabi (voice of Damon Wayans Jr.), chemistry whiz Honey Lemon (voice of Genesis Rodriguez) and fanboy Fred (voice of T.J. Miller). Determined to uncover the mystery, Hiro transforms his friends into a band of high-tech heroes called “Big Hero 6.”

Inspired by the Marvel comics of the same name, and featuring breathtaking action with all the heart and humor audiences expect from Walt Disney Animation Studios, “Big Hero 6” is directed by Don Hall (“Winnie the Pooh”) and Chris Williams (“Bolt”), and produced by Roy Conli (“Tangled”). The film hits theaters in 3D on Nov. 7, 2014.

BIG HERO 6 is in theaters everywhere