Cartoon Network to Release Adventure Time: The Complete Fourth Season on Blu-ray™ and DVD. Bonus Features on Full Season Set Include Exclusive Featurette on ‘The Music of Adventure Time,’ Commentaries for all 26 Episodes and Much More. 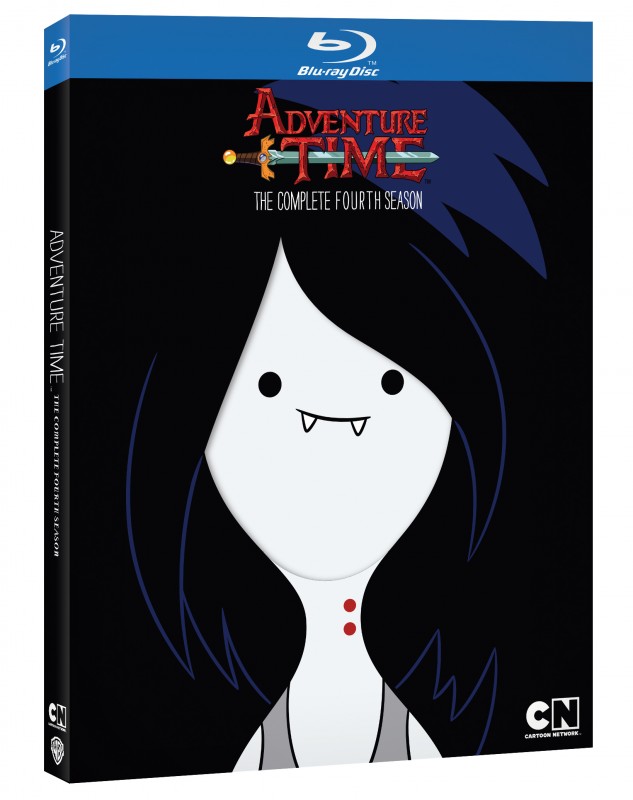 Cartoon Network today unveiled the highly-anticipated Blu-ray™ and DVD release of Adventure Time: The Complete Fourth Season. Available October 7, the two-disc DVD and single-disc Blu-ray release will feature all 26 episodes from the series’ fourth season, plus extensive exclusive bonus material. The highlight of the bonus features is a 19-minute Distant Bands: The Music of Adventure Time featurette with series creator Pendleton Ward, creative director Pat McHale, and storyboard artists Jesse Moynihan and Rebecca Sugar offering their commentary on the important role music plays in the series. In addition, each episode will feature commentary with the cast and crew, and this time, it all comes packaged in a new collectible Marceline slipcase, a must-have addition to Adventure Time fans’ collections.

In the fourth season of the Emmy® Award-winning series created by Ward and produced by Cartoon Network Studios, fans witnessed Finn become infatuated with the Flame Princess in “Hot to the Touch,” anxiously looked on as Finn and Jake escaped from the clutches of Marceline’s demon father, Hunson Abadeer, in “They Went to the Nightosphere,” and followed alongside BMO on its journey to recover Finn’s missing sock in “BMO Noire.” 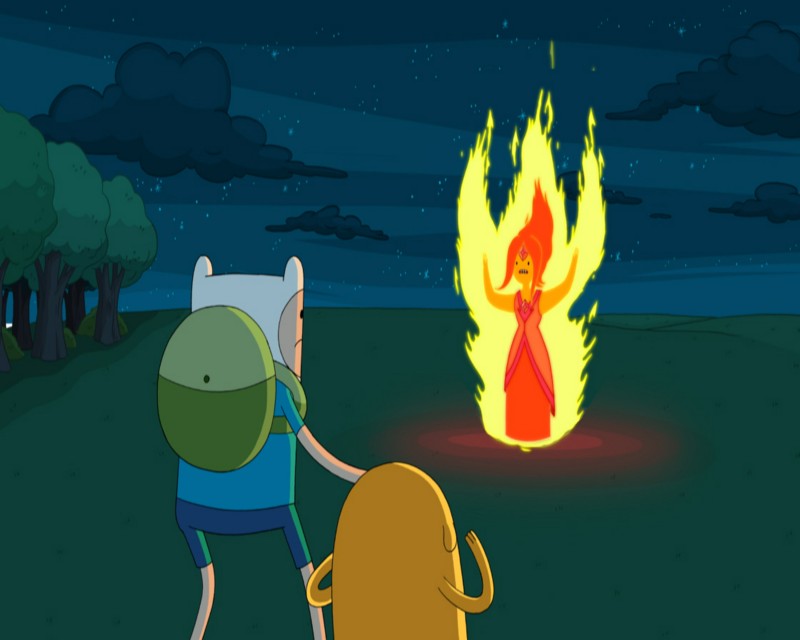 Currently in its sixth season on Cartoon Network and already renewed for a seventh, Adventure Time is the #1 rated show among boys 6-11 and is the second highest rated show among boys 6-14 and kids 6-14, according to Nielsen Media Research. As Cartoon Network’s #1 show, it has been lauded by critics, received multiple industry awards and has emerged as a fan-favorite brand for fans of all ages since its April 2010 debut. Supported by a highly-passionate fan base that includes more than 16 million Facebook fans, the Adventure Time franchise enjoys a strong retail presence with licensed apparel, accessories, comic books, calendars and more. The wide variety of popular items available has led to more than $150 million in sales worldwide. The Adventure Time brand has also been successful on digital platforms, with the Adventure Time Card Wars mobile app outranking all other paid apps on iTunes.

We received an advanced copy of Adventure Time in exchange for this review.  This did not affect our opinions and they are 100% our own.