My family are long time fans of the Ice Age movies, and we are so excited about the newest one coming out July 22, 2016! Packed with the same great cast that we have all come to know and love including Ray Romano, John Leguizamo, Denis Leary, Jennifer Lopez, Queen Latifah and more bringing in new characters for us to enjoy. We saw the preview for the movie last week and all of my kids were bouncing around asking if we could go see it when it comes out. We are looking forward to a fun movie night that weekend. We are offering a giveaway for a gift card and a prize pack next week – see the details below.

Scrat’s epic pursuit of the elusive acorn catapults him into the universe where he accidentally sets off a series of cosmic events that transform and threaten the Ice Age World.  To save themselves, Sid, Manny, Diego, and the rest of the herd must leave their home and embark on a quest full of comedy and adventure, traveling to exotic new lands and encountering a host of colorful new characters.

Next week we will be having a awesome giveaway where one lucky reader will win a $25 Visa gift card to see Ice Age: Collision Course in theaters plus a Back to School prize pack including a Notebook, Pen, Stationery Set & Lunch Bag! Check back for your chance to win! 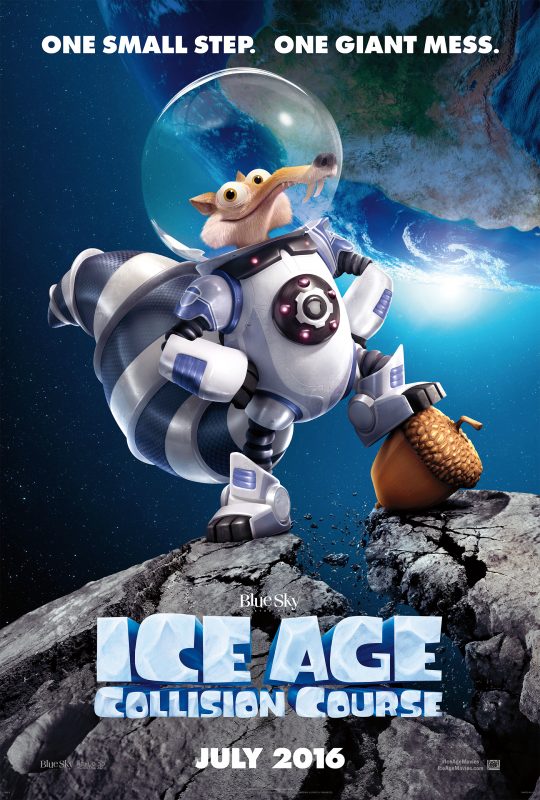