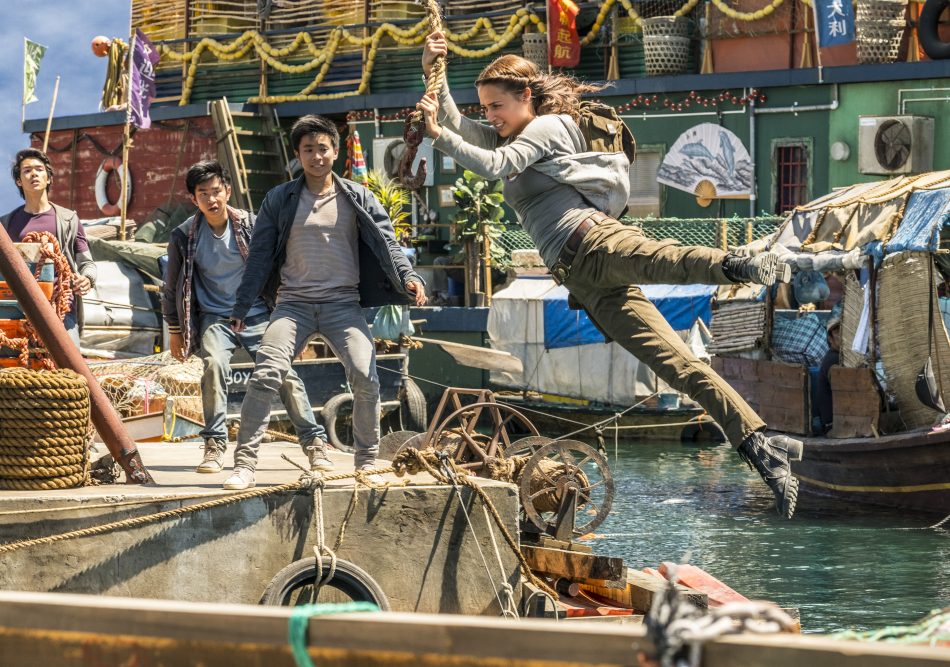 I received free screening tickets in order to review the show. All opinions are my own.

I had the opportunity to go see the new movie Tomb Raider starring Alicia Vikander.  First off, I have to say that I loved the originals along with the video games.  So, this new version for me needed to really step up to the plate and knock it out of the park to please me.  The perfect “Tomb Raider” movie will have non-stop, heart pounding, and intense action throughout.  And it will include an amazing plot/story to keep me interested in more than just something blowing up on screen.  The acting will be spot on, and the special effects will be mesmerizingly good.  The movie all together will be so great that I won’t have words to describe it for fear of giving away any tiny piece that might ruin a surprise for someone else.  That being said.  “Tomb Raider” nailed it!  It hit every expectation I was wanting and did it all in a great action-flick that kept me entertained from beginning to end!  I will say that the movie begins somewhat calm and then quickly gets extremely fast paced.  Don’t miss a moment of this movie or you could be lost, and this is definitely one adventure that you need to go see. Tomb Raider is now playing in theaters everywhere! 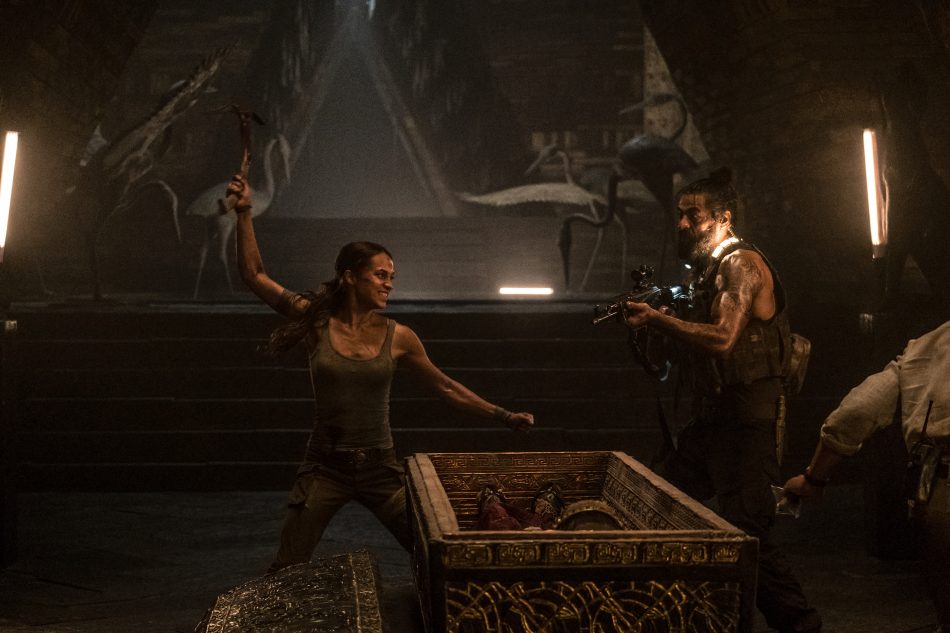 Lara Croft is the fiercely independent daughter of an eccentric adventurer who vanished when she was scarcely a teen.  Now a young woman of 21 without any real focus or purpose, Lara navigates the chaotic streets of trendy East London as a bike courier, barely making the rent.  Determined to forge her own path, she refuses to take the reins of her father’s global empire just as staunchly as she rejects the idea that he’s truly gone.  Advised to face the facts and move forward after seven years without him, even Lara can’t understand what drives her to finally solve the puzzle of his mysterious death.

Leaving everything she knows behind, Lara goes in search of her dad’s last-known destination: a fabled tomb on a mythical island that might be somewhere off the coast of Japan.  But her mission will not be an easy one; just reaching the island will be extremely treacherous.  Suddenly, the stakes couldn’t be higher for Lara, who—against the odds and armed with only her sharp mind, blind faith and inherently stubborn spirit—must learn to push herself beyond her limits as she journeys into the unknown.  If she survives this perilous adventure, it could be the making of her…earning her the name tomb raider.

From Warner Bros. Pictures and Metro Goldwyn Mayer Pictures, “Tomb Raider” is the story that will set a young and resolute Lara Croft on a path toward becoming a global hero.  The film stars Oscar winner Alicia Vikander (“Ex Machina,” “The Danish Girl”) in the lead role, under the direction of Roar Uthaug (“The Wave”). Oscar winner Graham King (“The Departed”) produced under his GK Films banner.

Opening in conventional theaters and IMAX, the film will be distributed by Warner Bros. Pictures, a Warner Bros. Entertainment Company, and Metro Goldwyn Mayer Pictures. It is rated PG-13.