Last week I was able to take my family to the Hale Center Theater for the first time. We have always wanted to go and I am not sure why we haven’t done so before now. It is absolutely incredible and we all loved the show. We were also treated to an amazing behind-the-scenes tour and delicious treats before our play began. We went to watch “My Son Pinnochio”.

The Tour of Hale Center Theater

We were able to explore a big part of the theater, going behind the scenes where the cast meets, seeing costumes and prop, going backstage of the Sorenson Legacy Jewel Box Theater stage and even getting a sneak peek at the Centre Theater Stage. The screens in the photo below are one of a kind how they are shaped and work together as one. 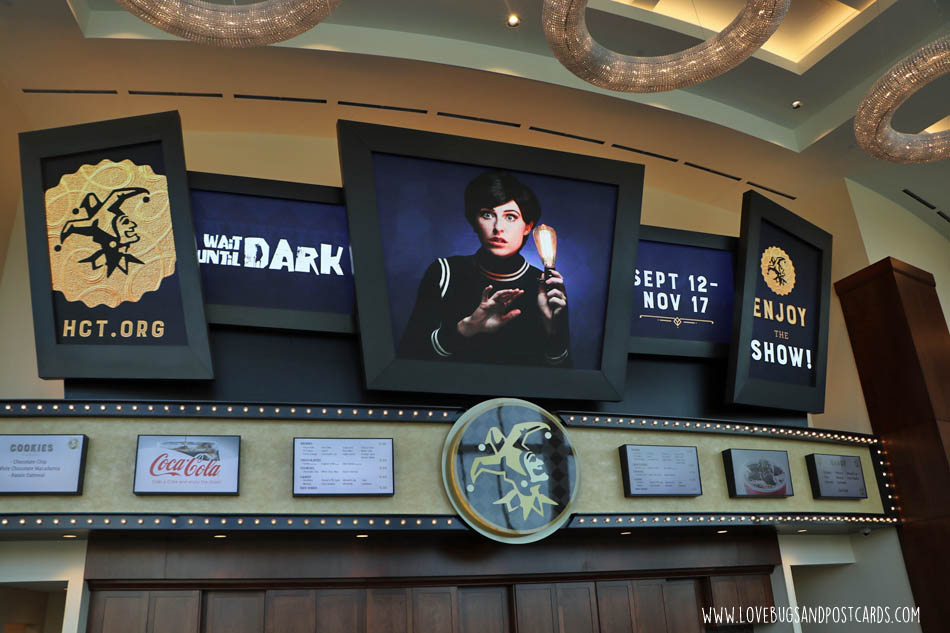 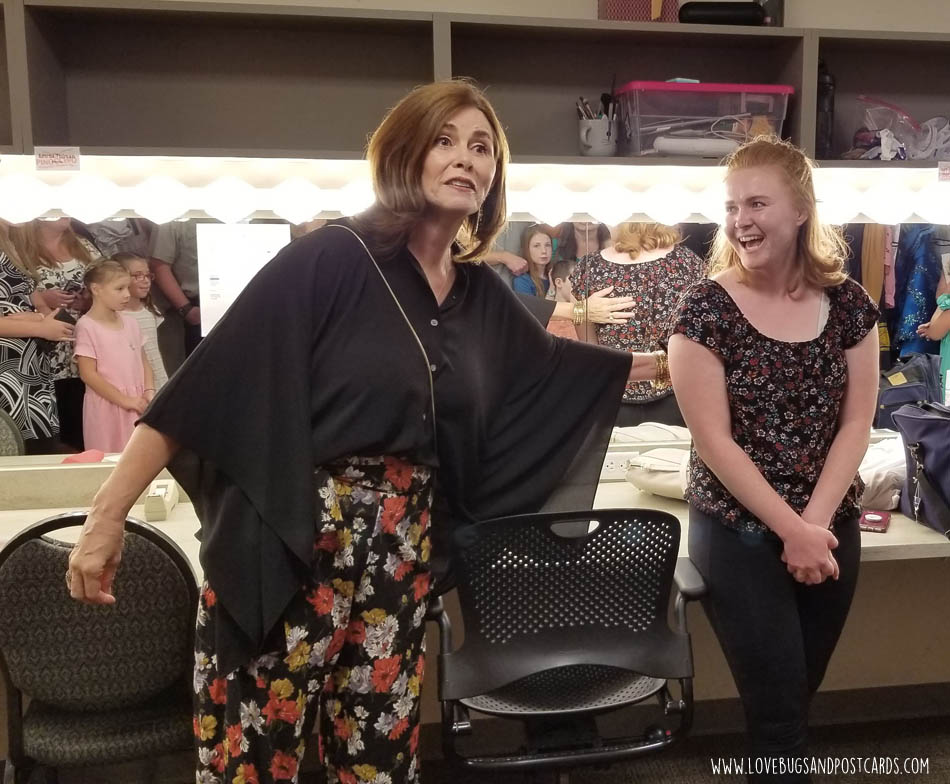 We got to meet the lady who plays the Pink Fairy in “My Son Pinnochio” and she showed us her gorgeous dress. My kids loved this, especially seeing her on the stage later. 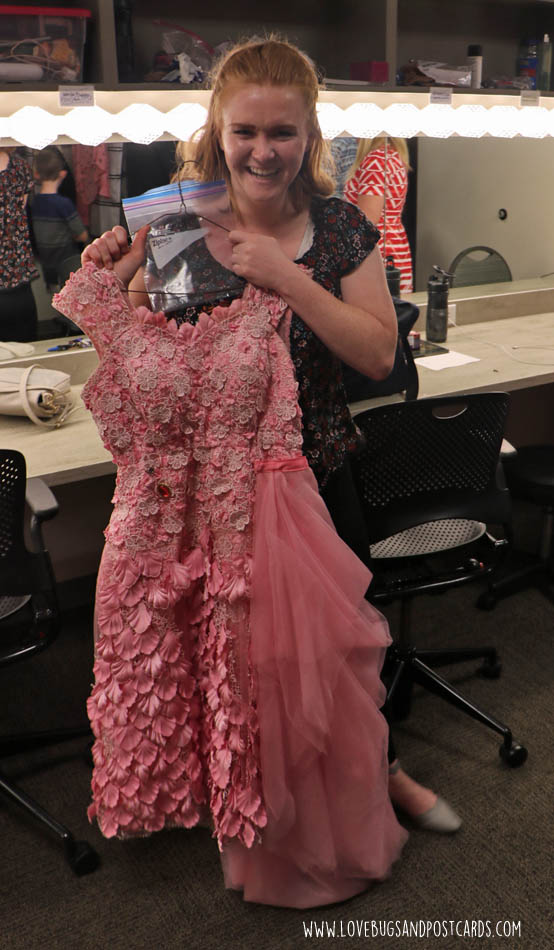 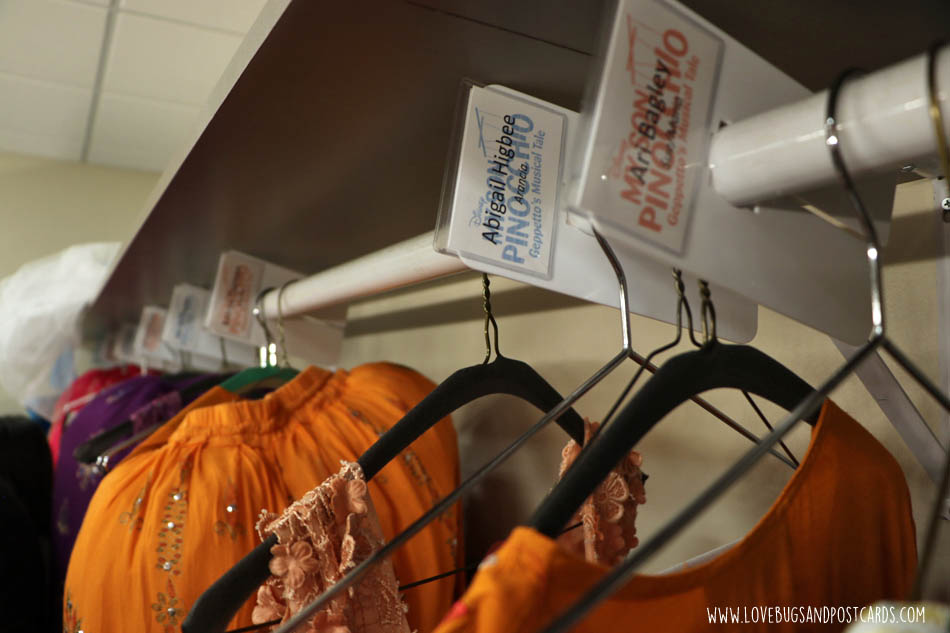 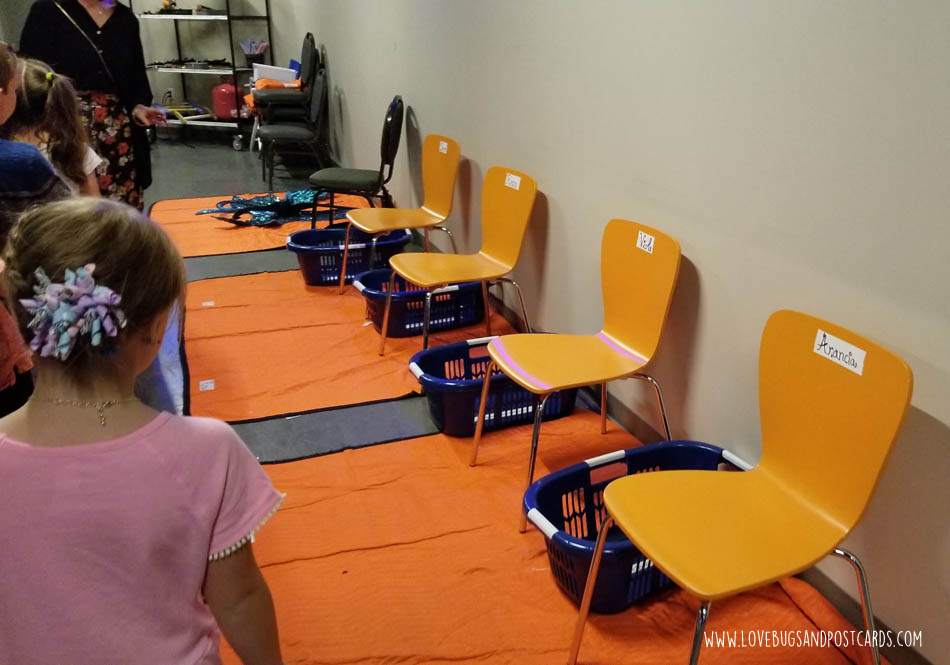 This is where they do costume changes backstage. Simple and effective. We also got to walk past much of the sets on the stage, like Geppetto’s toy store. The details are incredible and we even spied a few mini Jiminy Crickets. 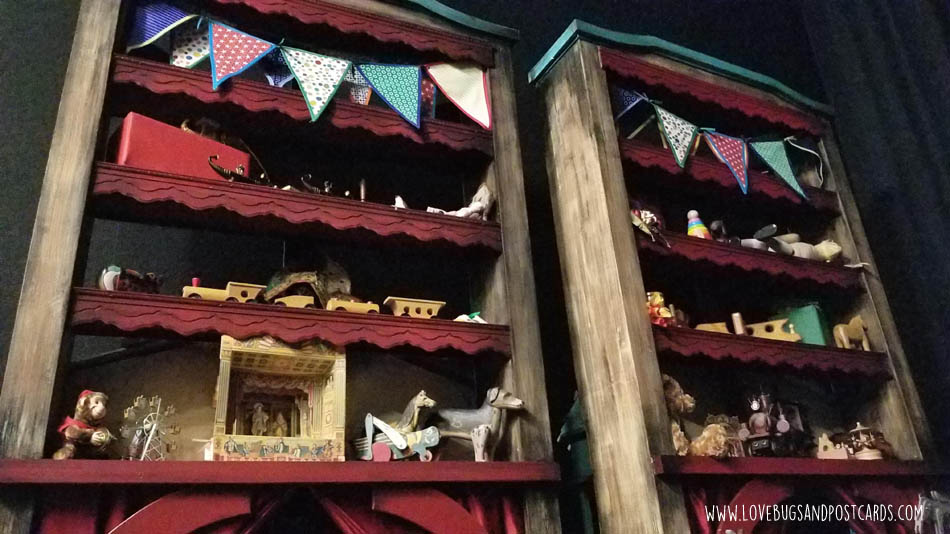 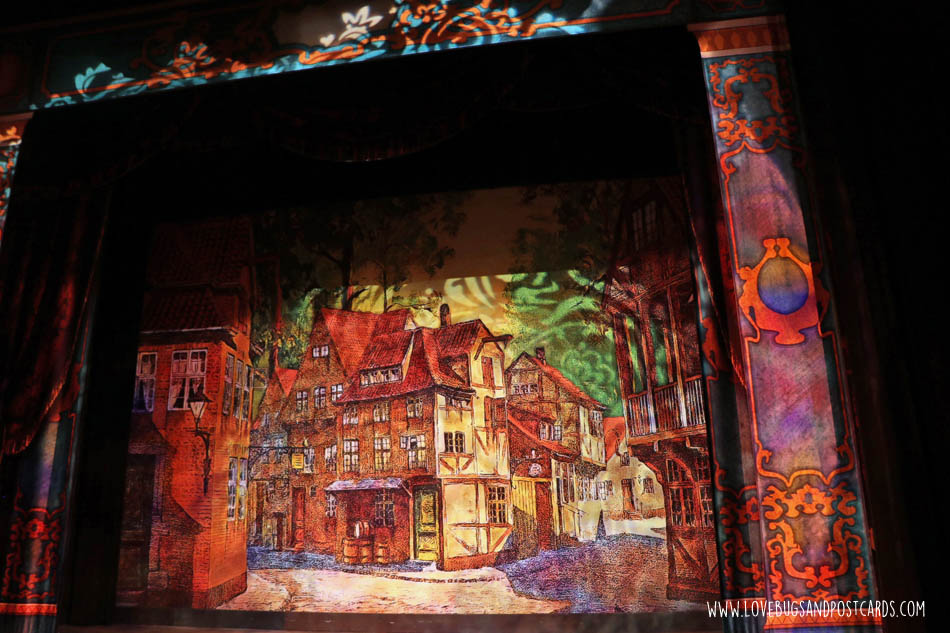 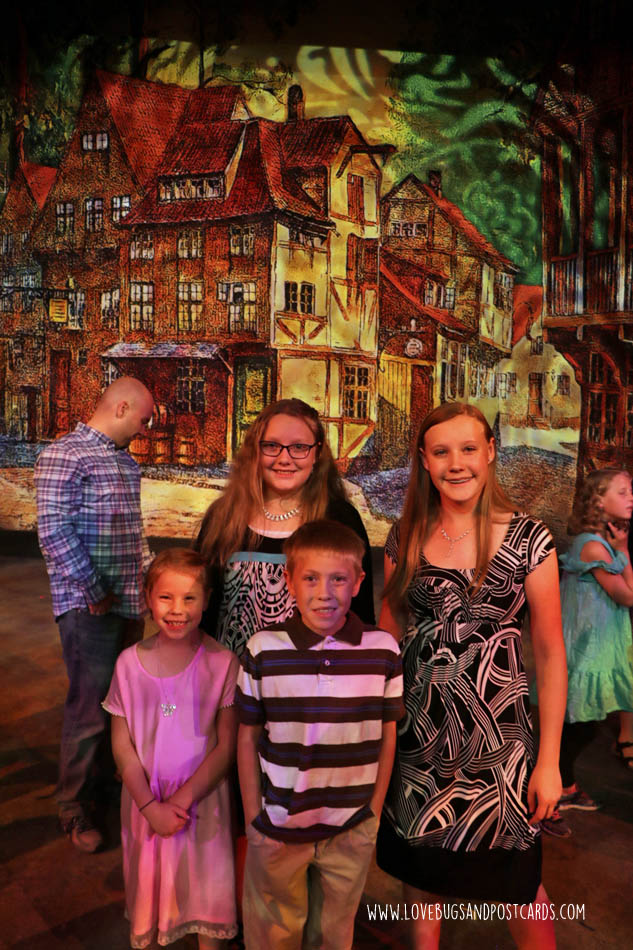 After the tour, we went up to the Founders Club Room and were treated to delicious eats and drinks. It was a very fun experience and the perfect way to sit and soak up everything and talk about the play were waiting anxiously to see. 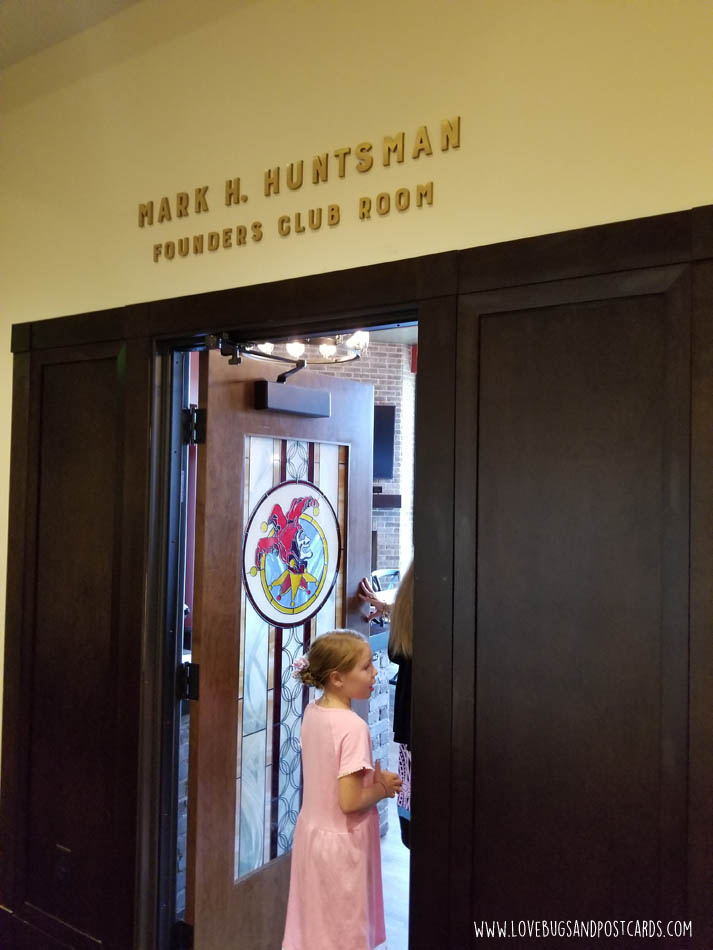 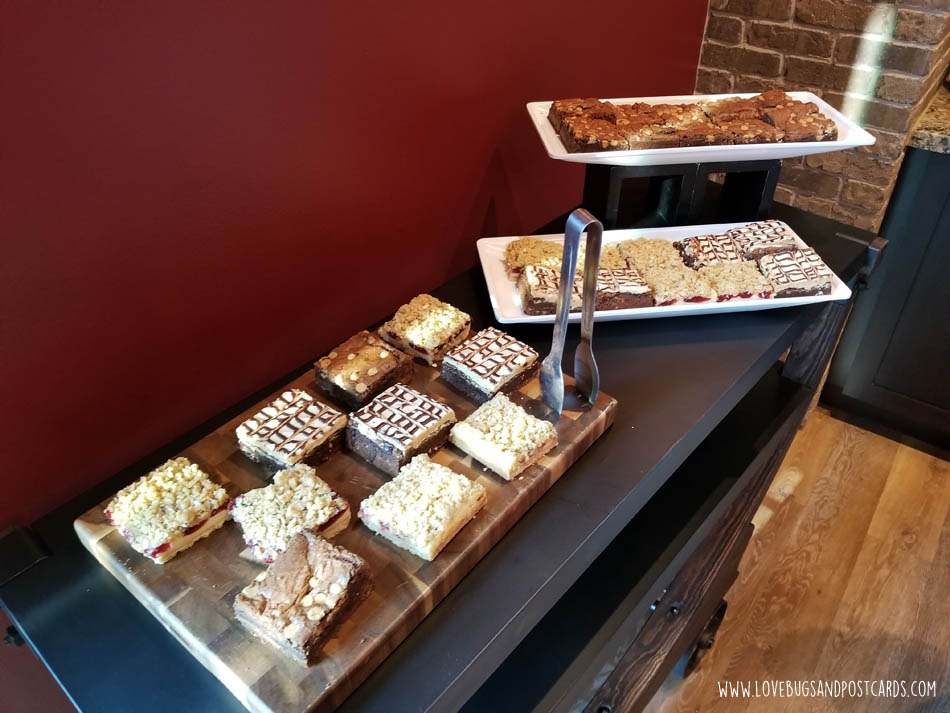 The Play “My Son Pinocchio”

The was the real treat of the night. It has been a long time since I have been to a musical and the first time my kids had been to a “real” show that wasn’t in a school auditorium. Those were great, but this was fantastic! All four of my kids were glued the whole time, and as I looked around the theater, which had a lot of kids present, I noticed that they were all engrossed in the show. It’s that good!

My Son Pinocchio: Geppetto’s Musical Tale is a new musical based on Disney’s 2000 made-for-television movie Geppetto. Like the movie, the story is told from Geppetto’s perspective and uses the book by David Stern and music by Stephen Schwartz. Years later, Stern and Schwartz transformed the movie into a stage musical adaptation that premiered in 2006 at The Coterie Theatre in Kansas City, Missouri under its original name, Disney’s Geppetto & Son. The name was later changed to My Son Pinocchio: Geppetto’s Musical Tale and has become a family favorite for children to act in and attend. 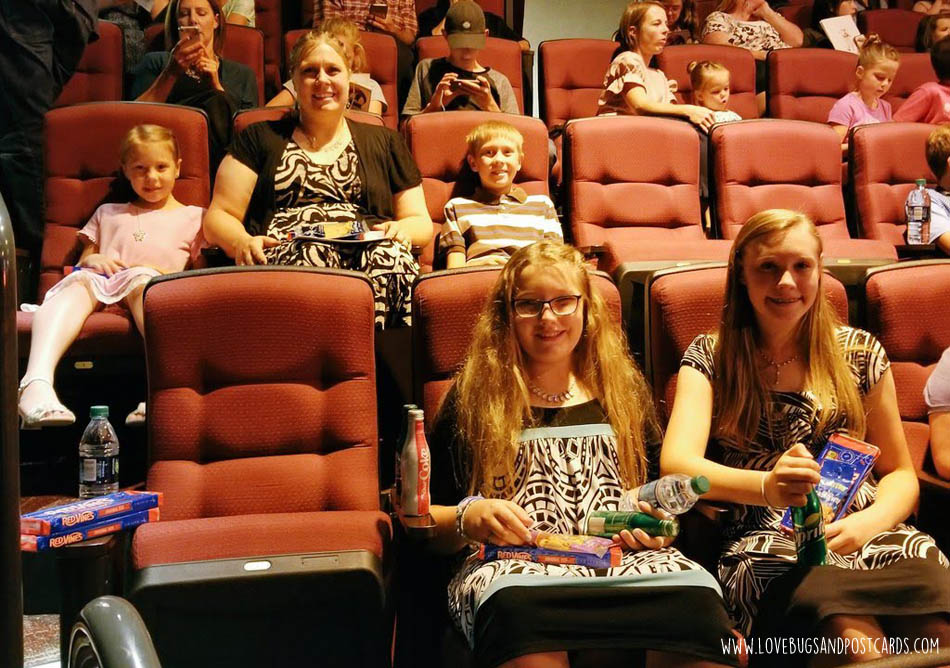 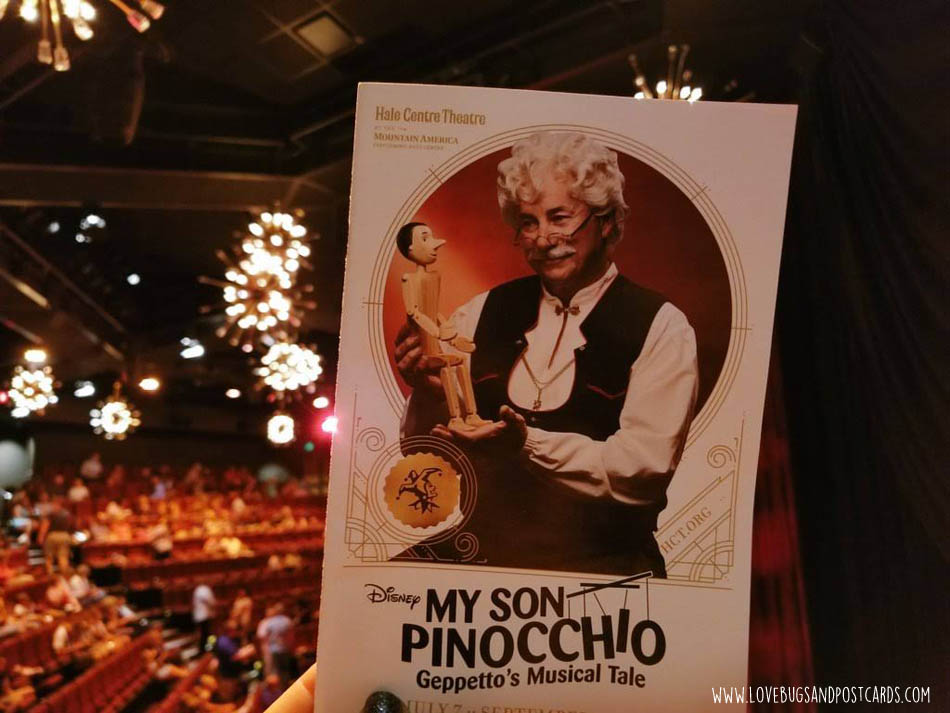 This is the Jewel Box Stage. The colors and lights come together to create a magical experience that will leave you in awe. The sound is also a treat. Not once did I wish I could hear something better. The acoustics and the sound were superb and I felt like I was wearing headphones the whole time, it sounded so good. 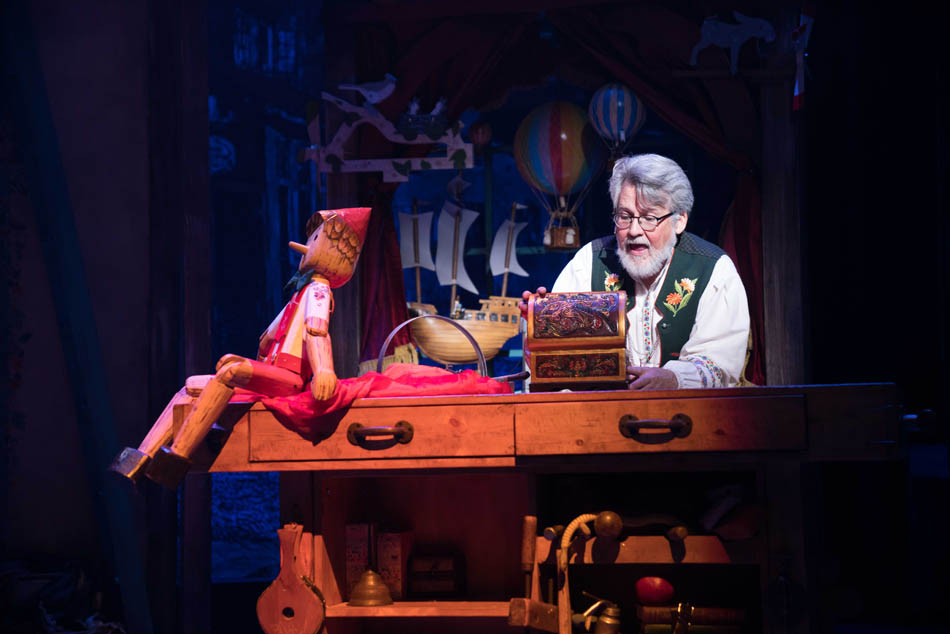 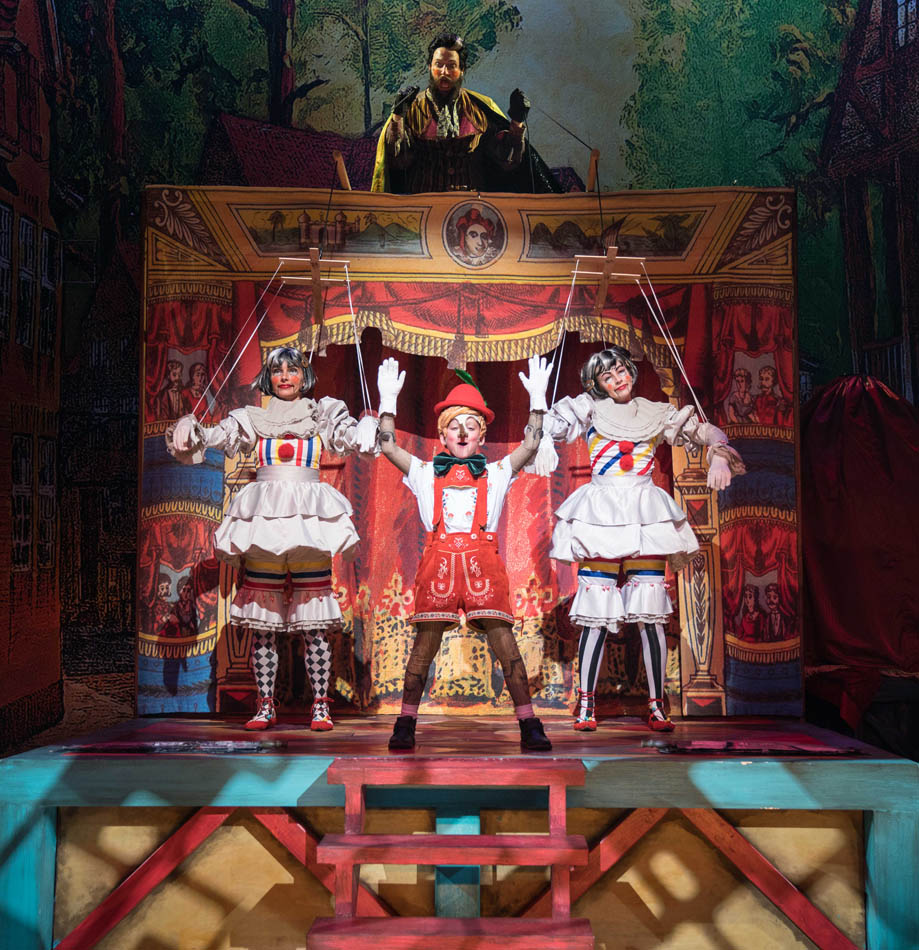 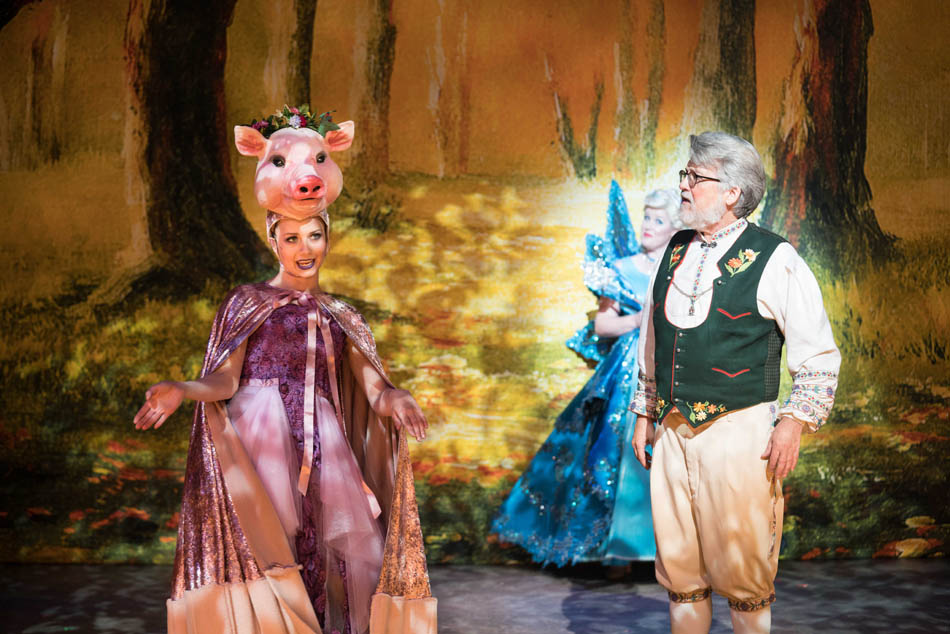 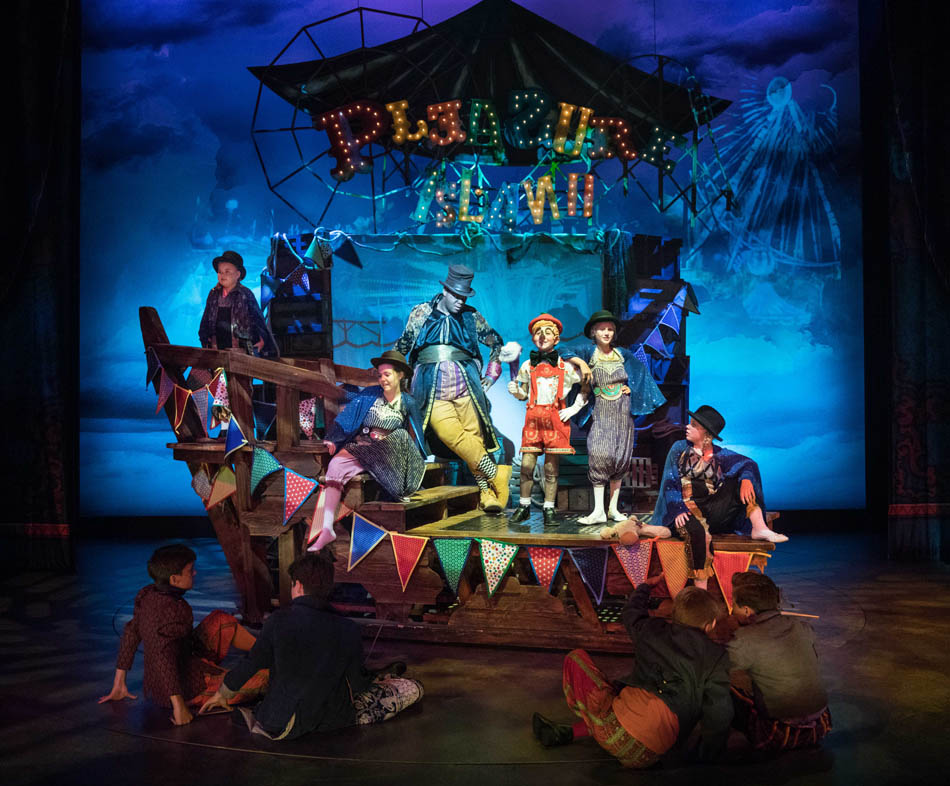 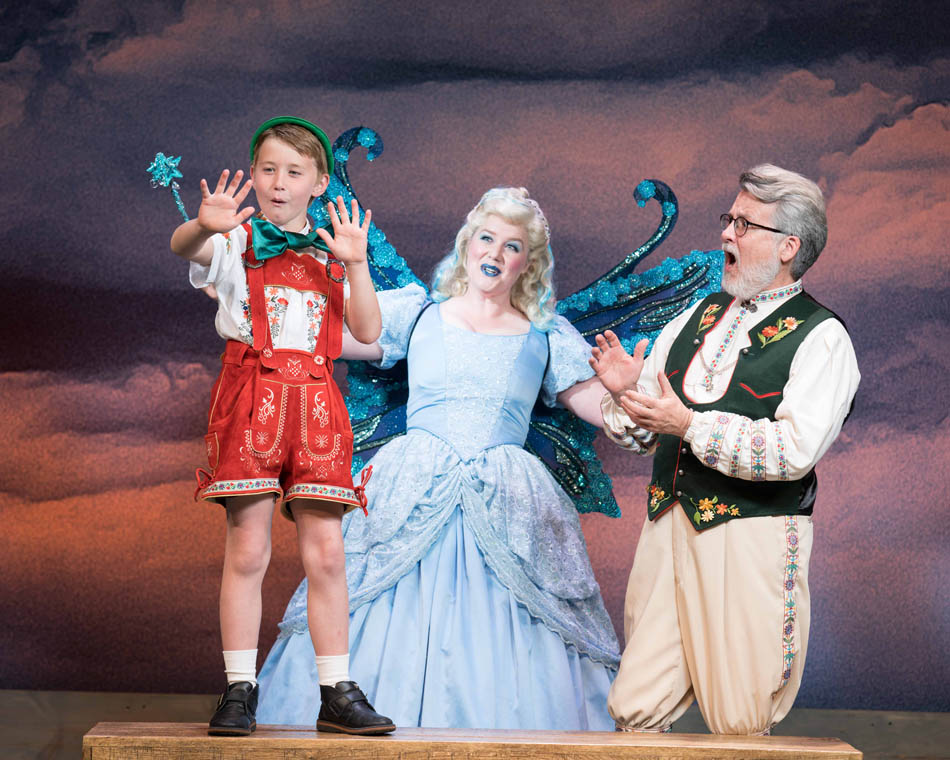 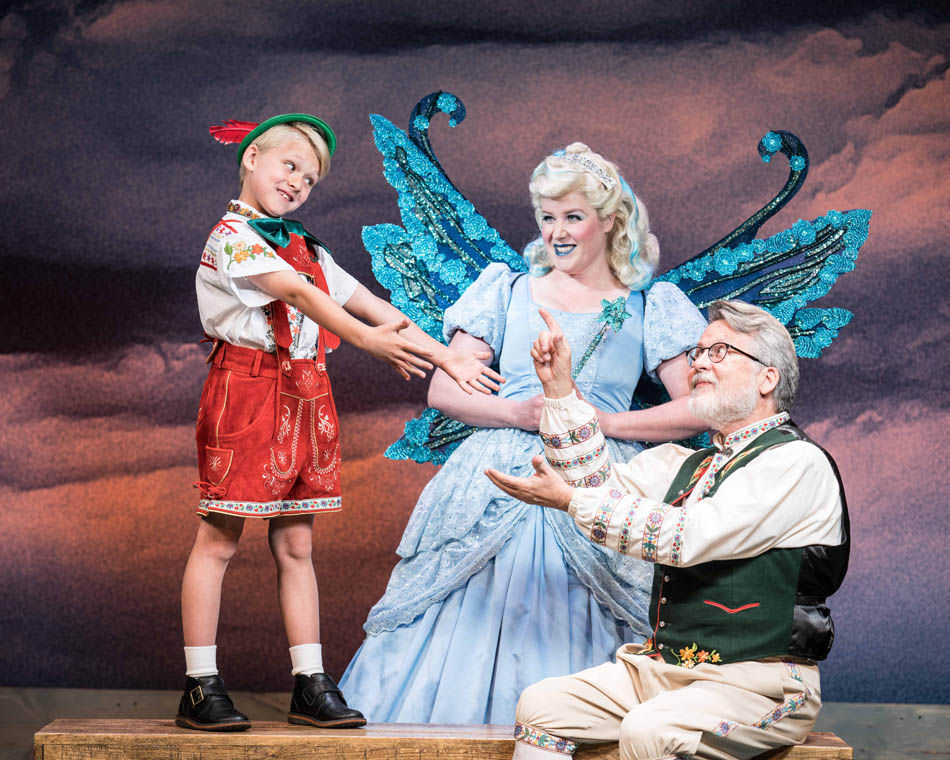 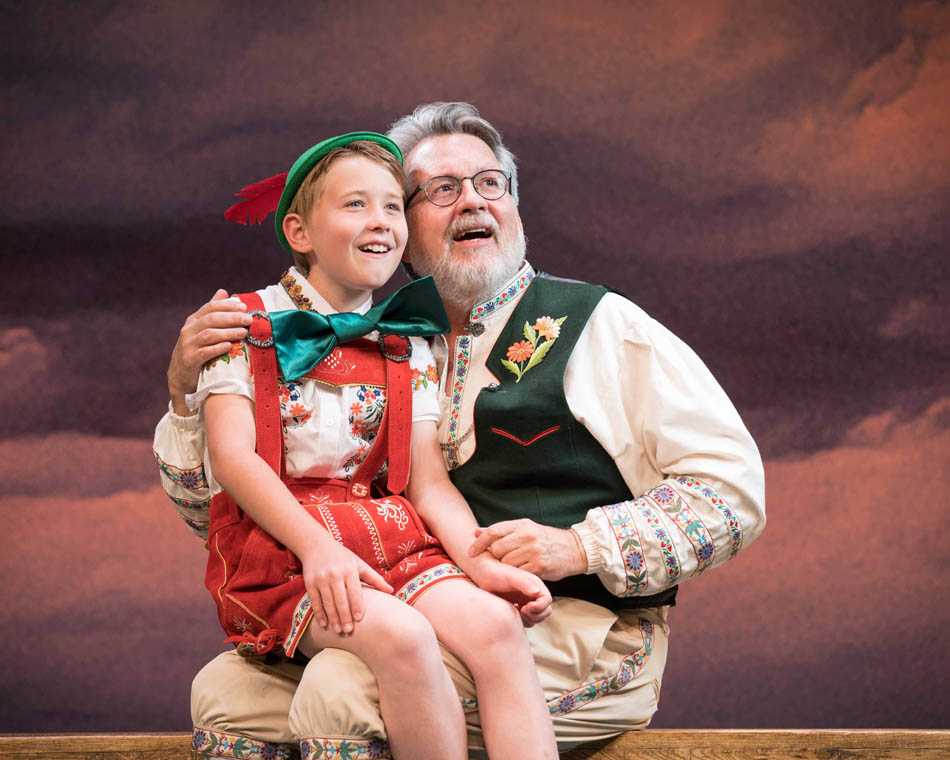 Producing his second musical at Hale Centre Theatre is Dave Tinney, with David Paul Smith directing. Pinocchio’s nose design has been crafted by Eric Clark, a special role for this production. Brittany Sanders is choreographing with Kelly DeHaan directing the music. Set design is in the hands of Jenn Stapley Taylor with light design by Josh Roberts and sound design from Dan Morgan. Joy Zhu is creating extraordinary costumes complimented by Krissa Lent’s hair and make-up design. Properties designs are being handled by Annie Burdzy with production assistance from Lisa Elzey.

The Hale will present more than 50 consecutive performances of My Son Pinocchio: Geppetto’s Musical Tale for the 2018 Mountain America Credit Union Season of Entertainment.

For ticket information call 801-984-9000, go to www.hct.org, or visit the box office at 9900 S. Monroe Street in Sandy City. For updates, contests and information on the current theater season, follow Hale Centre Theatre on Facebook.

After the play was over we were able to go out into the lobby and meet the amazingly talented people that acted in the show. This was a lot of fun. The kids were a little hesitant to get a picture with the marionette puppets, lol, but quickly realized that they were just in makeup/costumes. 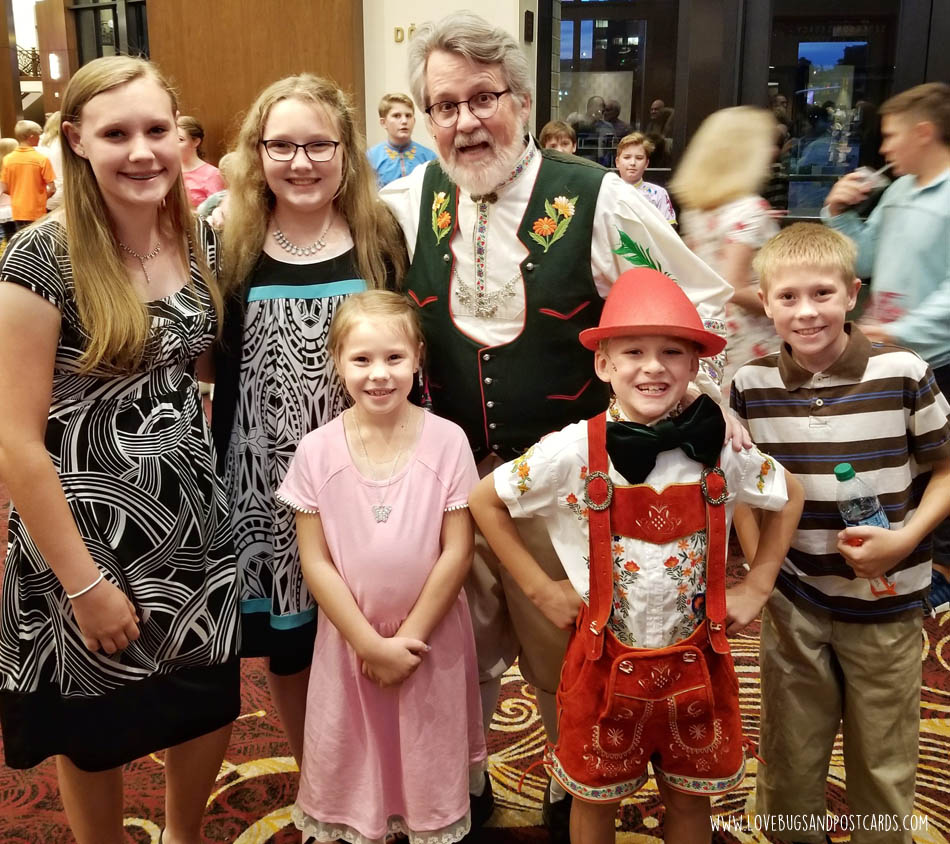 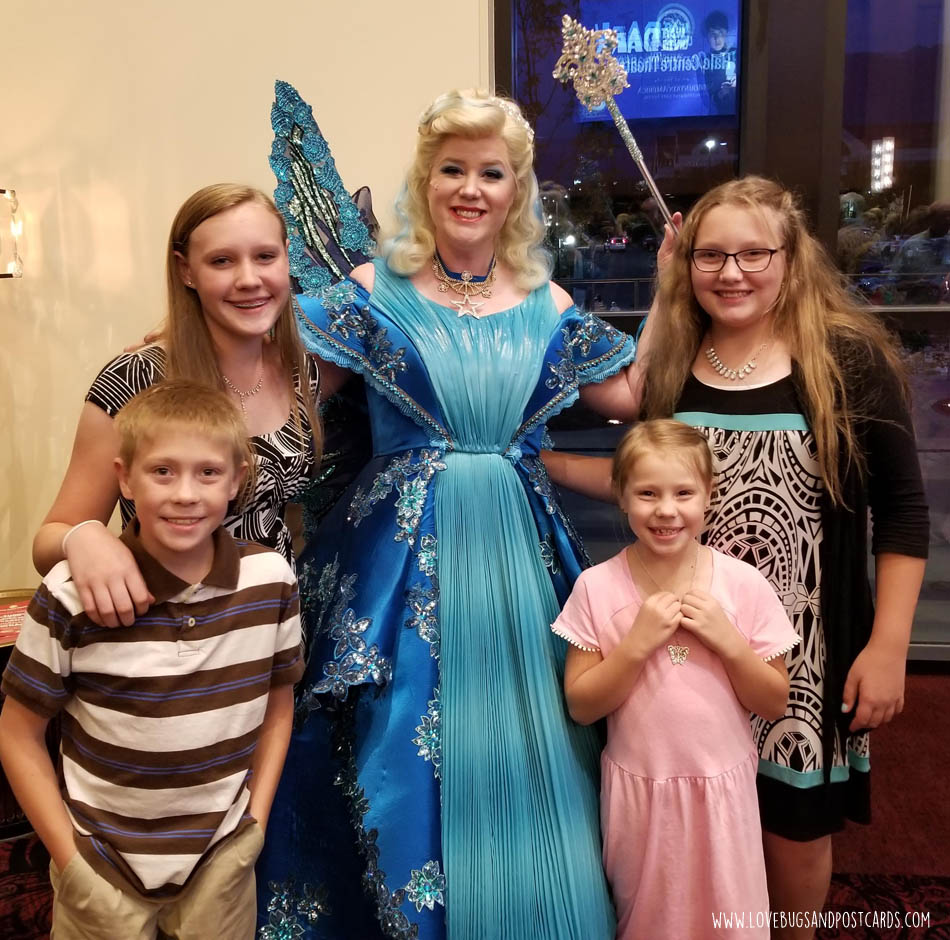 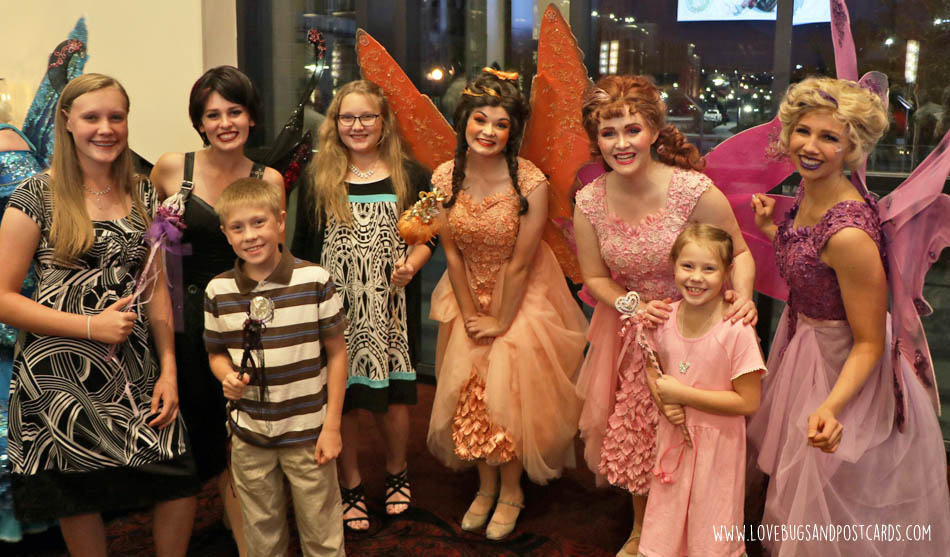 We had a fantastic experience and I know that you will love it as much as we did! We want you to experience it too. You can get tickets by calling 801-984-9000, going to www.hct.org, or visit the box office at 9900 S. Monroe Street in Sandy City.

I am excited to offer a giveaway for TWO sets of FOUR Tickets so you can take your family to see the play “My Son Pinnochio” playing at Hale Center Theater until August 27, 2018. This is open to Utah only. Must be 18 or older. Sweepstakes will run from 8/8/18 through 8/13/18. This contest is not endorsed or sponsored by Facebook, Twitter, Pinterest, Google or any other social media.