My kids are at such a fun age. They want to learn about everything and patterns and shapes are at the top of the list. With Nickelodeon’s Let’s Learn: Patterns and Shapes DVD they get to learn about them in fun and creative ways while still being entertained by their favorites like Team Umizoomi, Dora the Explorer, Blue’s Clues and more! This is a movie that they will love to watch over and over and it is teaching them each time. It also has a great Shapes Worksheet inside – that you can copy and let them practice with over and over.

You can get this awesome DVD almost anywhere – so look for it next time you are out and about. You can also get Let’s Learn: Patterns & Shapes 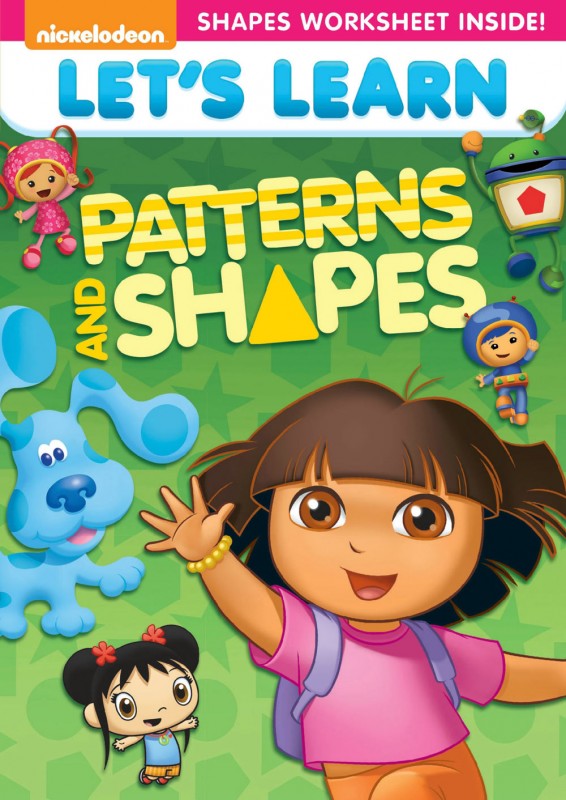 RELATED  Bubble Guppies: Get Ready For School! Review and Giveaway

About NickelodeonNickelodeon, now in its 35th year, is the number-one entertainment brand for kids. It has built a diverse, global business by putting kids first in everything it does. The company includes television programming and production in the United States and around the world, plus consumer products, online, recreation, books and feature films. Nickelodeon’s U.S. television network is seen in almost 100 million households and has been the number-one-rated basic cable network for 19 consecutive years. For more information or artwork, visit http://www.nickpress.com.  Nickelodeon and all related titles, characters and logos are trademarks of Viacom Inc. (NYSE: VIA, VIA.B).  About Paramount Home Media DistributionParamount Home Media Distribution (PHMD) is part of Paramount Pictures Corporation (PPC), a global producer and distributor of filmed entertainment. PPC is a unit of Viacom (NASDAQ: VIAB, VIA), a leading content company with prominent and respected film, television and digital entertainment brands. The PHMD division oversees PPC’s home entertainment, digital and television distribution activities worldwide. The division is responsible for the sales, marketing and distribution of home entertainment content on behalf of Paramount Pictures, Paramount Animation, Paramount Vantage, Paramount Classics, Insurge Pictures, MTV, Nickelodeon, Comedy Central and CBS and for providing home entertainment fulfillment services for certain DreamWorks Animation Home Entertainment titles. PHMD additionally manages global licensing of studio content and distribution across worldwide digital and television distribution platforms including online, mobile and portable devices and emerging technologies.

Gone With The Wind Q&A with Top Designers
Next Post: Huggies® Little Movers Diapers are the perfect fit for my toddler