I am working with my hubby Clint over at Daddy By Day to bring you this fun giveaway sponsored by Nickelodeon. We are giving away a Blu-Ray set and a DVD set – so two winners with this one! Good luck!

The Legend of Korra – Book Two: Spirits arrives on Blu-ray and DVD this summer. Six months after the events of Book One, a new journey begins with exciting new characters, villains and adventures in which Korra learns the story of the very first Avatar. The series was voted as IGN’s Best TV Animated Series in 2012 and was the only animated series on the annual list of iTunes Best TV Shows of 2013. The Legend of Korra – Book Two: Spirits Blu-ray and DVD, created by Nickelodeon Home Entertainment and distributed by Paramount Home Media Distribution, is available on DVD or Blu-Ray 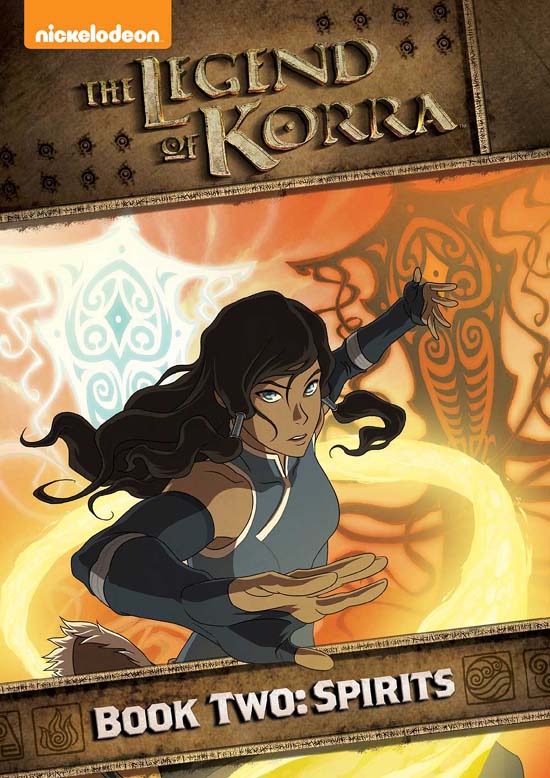 About The Legend of Korra – Book Two: Spirits:
From the creators of the beloved animated franchise Avatar: The Last Airbender comes The Legend of Korra. After ridding Republic City of Amon and his Equalist revolution, Korra is more confident and headstrong then ever – she is even able to enter the Avatar State at will.  But when political tensions arise between the Southern and Northern Water Tribes, Korra’s hot-headed approach sets off a Civil War of epic proportions.  Complicating factors is the sudden appearance of mysterious Dark Spirits who are attacking the Southern Water Tribe people and Korra learns that even her Avatar State cannot defeat them. With a battle for the fate of the world fast approaching and villains on every side, Korra delves deep into her past lives to connect with the very first Avatar.  Only then will she have the power and knowledge to restore balance between the physical and spirit worlds.

Giveaway will run from 7/14-7/22. Must be 18 or older to enter. All entries are verified. Prizes provided by Nickelodeon. Winner will have 24 hours to respond to winning email or a new winner will be chosen. Good Luck.