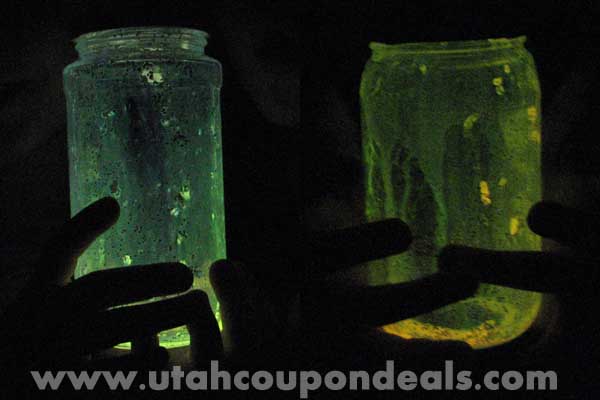 Friday nights are late nights for my girls and me because it is the only time we don’t have to get up early the next morning for anything. We usually do makeovers and paint nails and all other things girly, but tonight they wanted to do a fun craft. I was browsing Pinterest last week and found a great picture for glow in the dark pixie dust. I showed them, and it is all I heard about for a week. So, it was decided that late night would be for glow in the dark pixie dust fun.

We ran to the dollar store and got glitter 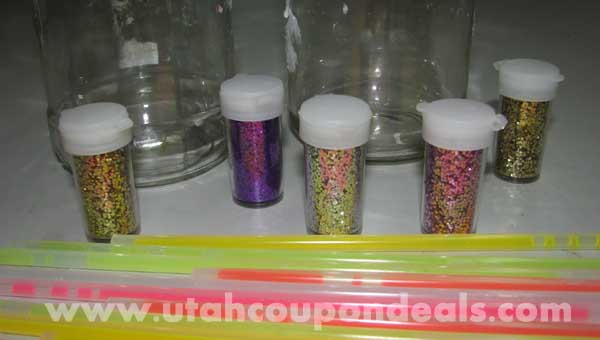 With everything laid out, the girls were super hyper and excited to see the finished product.

I decided to do most of the work and let them help here and there (since they are only 5 and 7) because the glow in the dark stuff is nasty when you get it anywhere. My advice, do this outside and wear rubber/latex gloves. 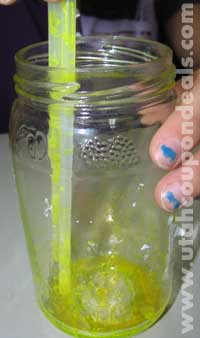 We started with the Glow Sticks

. DON’T FORGET TO BREAK THEM FIRST. You have to bend them around and get them nice and glowy before you can cut the tips to dump them into the jar.

I used a couple of wet wipes and cut the first end carefully over the wipe, then quickly put it into the jar. It wouldn’t really come out and first and I realized it needed a “vent” hole, so I clipped the other end off and it came flying out.

Once it looked like everything had run out, I held the tips and tapped the bottoms of the glow sticks against the inside of the jar to  make sure everything was out.

Once we had the glow stuff all into the jar, added a pile of glitter into it. After the glitter

was added, we tightened the lids down and then let them shake them really well. I had to help with this too because it took a little extra oomph to get the glitter to mix well. The girls were so excited by this point that they were running around turning off all the lights and squealing excitedly.

I handed over their jars and they oohed and awed over them. It was very cute. They turned out great.

They didn’t stay lit up for long amount of time, but they were long enough for the girls to have fun. I think I want to try this again with bigger glow sticks. I got the bracelets and wonder if that’s way it didn’t stay lit like I thought it would. 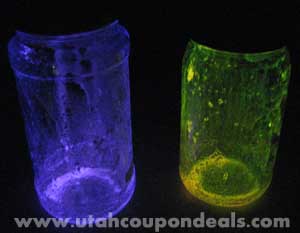 Homemade Glow in the Dark “Pixie Dust” are easy to make and fun for me to do with the kids.

NOTES: I got my glow sticks 15 pack and glitter

5-pack at Dollar Tree, but they sell the same glow sticks in a 15 pack at Target for $1 too. View the deals on Glow Sticks

(Thanks ButtonBirdDesigns for this awesome idea)